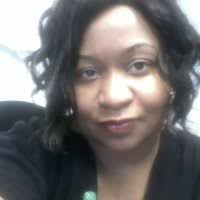 Weeks after taking the reign over a small-town Alabama newspaper that called for the Ku Klux Klan to “night ride again”, the African-American woman who became the publisher and editor has resigned.

Elecia R. Dexter told the New York Times she stepped down because of continuing interference from the newspaper’s owner who had published the KKK editorial. Dexter said she wanted to maintain her “integrity and well-being.”

“I would have liked it to turn out a different way, but it didn’t,” Dexter told The Times. “This is a hard one because it’s sad- so much good could have come out of this.”

Last month, Dexter replaced Goodloe Sutton as editor and publisher of the Democrat-Reporter of Linden. Dexter took over after Sutton came under fire for an editorial he wrote and published that stated “Time for the Ku Klux Klan to night ride again.” The editorial also said Democrats and “Democrats in the Republican Party” are plotting to raise taxes, so the Klan should raid their communities.

After the editorial was published, many such as U.S. Sen. Doug Jones (D-Alabama) and others called for Sutton to resign.

Due to the backlash, Dexter was quickly promoted to steer the paper in a “new direction,” the Democrat-Reporter said. The paper described Dexter as a “strategic leader with expertise in human resources, operations and change management.”

However, only a month later and Dexter is out. Dexter, who went from a clerk to editor despite having no journalism experience, described her short-lived term as editor as bizarre.

Dexter said Sutton sent out an altered version of the February 28 issue to different media outlets that included a story defending his Klan editorial and attacking the Montgomery Advertiser reporter who interviewed him, according to CNN. Dexter said she had to put out a press release calling the issue a falsification created without her authorization, according to CNN.

In a separate press release, Dexter accused Sutton of interfering with Thursday’s edition of the paper, stating it did not reflect her “views or thoughts.”

“The decision to accept the role of Publisher/Editor of the Democrat-Reporter was an honor and I have no regrets,” she wrote in the press release. “I am not discouraged, healing will come to the wonderful and loving people here.”

CNN and NBC News contributed to this article.