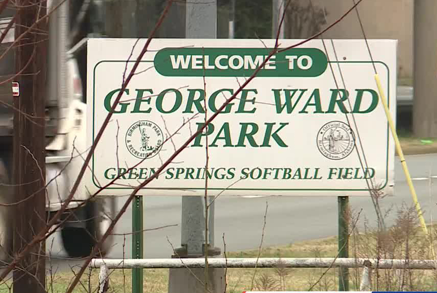 After repeated delays, the Birmingham City Council could try again next week to consider George Ward Park as the site for a Major League Baseball Youth Academy.

The proposal has been on the council agenda for the past month and has been delayed by neighborhood opposition, questions about impact on groups that currently have activities at the park and other issues.

The project didn’t come up Tuesday because the council lacked a quorum — five members were in Washington D.C. for The National League of Cities Conference – however Council President Valerie Abbott, who did not make the trip, said a new proposal could come up at the next meeting on March 19.

The new plan, discussed during an emergency Parks and Recreation committee meeting on Monday, could include the possibility of adding another softball field to George Ward Park to make up for MLB Youth Academy taking out several fields, Abbott said.

“In the meeting there were some drawings that showed adding at least one more field back to make up for” the fields taken out by the Youth Academy, Abbott said.

Right now that complex has six softball fields that are fully utilized and three would be taken out for the Youth Academy but the tennis courts, dog park, walking trails and all other amenities at the park would not be touched for the academy.

“It can’t possibly hurt to have an additional field because if you’re going from six to three obviously that’s a 50 percent cut and that hurts people,” Abbott said. “Maybe adding a fourth field back . . . will be enough to make people feel like it’s acceptable.”

City officials are pushing the plan because MLB has said it would provide both full and part time jobs with the project and invest upwards of $10 million in construction costs.

Monday’s meeting included some leaders and residents from the Glen Iris neighborhood who expressed concerns last week about the project. Their biggest concern was not being informed about what city officials had in mind for the park, they said.

“You’ve always got some constituency that doesn’t think whatever you’re going to do is a good idea, but the whole entire reason we have this mess right now is because of the way it was handled without including all of the stakeholders,” Abbott said. “That was just an enormous mistake and makes our city government look really, really bad. I’m sure the council is hoping the residents will say this looks lovely to us and we’re in favor of it now… it just depends on whether people have any feelings of trust of city government.”

Abbott said the council needs buy-in from the community before moving forward.

“This is for the residents to decide how they feel about the proposal,” said the council president. “It’s not for elected officials to come in and brow beat them or anything.”

The council has delayed the vote to get more information to the public about plans for George Ward Park and also allow for additional locations such as Banks Middle School, Cooper Green Park, East Lake Park and other sites to be considered for the Academy.

The council did not meet this week because Council President Pro Tempore William Parker and Councilors Darrell O’Quinn, Wardine Alexander, Steven Hoyt and John Hilliard were in Washington D.C. for The National League of Cities Conference.

The conference draws municipal officials from around the nation for workshops and information that pertains to districts, cities and neighborhoods.