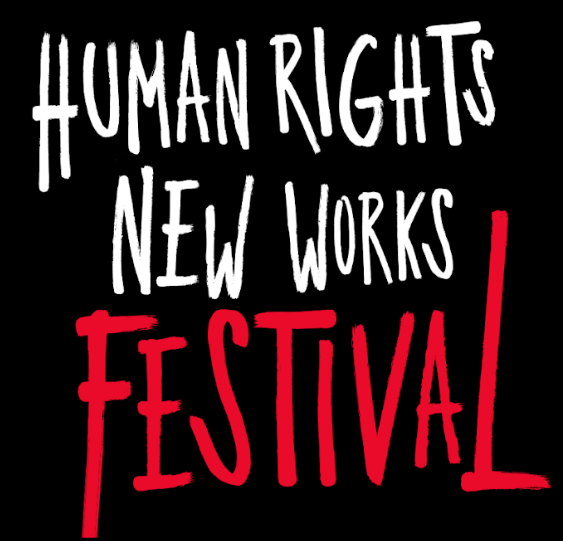 For the past 18 months, Red Mountain Theatre Company Executive Director Keith Cromwell and Human Rights New Works Festival Director Matt Schicker have pored over scripts about nearly every human rights issue under the sun, in curating of the ideal balance of works for the second annual festival to be held March 21 – 24.

Cromwell and Schicker have enlisted the help of Broadway’s Kenita Miller (Once on this Island) as this year’s Festival Artistic Adviser, lending her voice and experience to the creative process as well as community conversations.

“We work really hard to ensure the festival’s titles are as broad and diverse as possible in their human rights angles, artistic sensibilities, demographics of the writing teams, characters presented,” said Cromwell. “We’re seeking to inspire conversation and community among the audience that experiences these works. We want them to be moved, engaged, and entertained over the course of the long weekend – it’s often a tall order.”

That tall order was achieved last year in the inaugural festival with works covering the cycle of poverty and incarceration, autism, racial inequality, and transgender issues. Audiences raved about the material and participated actively in conversations following each reading. This year looks to be no exception.

Beyond the engagement of audiences who will attend the March festival, RMTC structures the festival experience to provide an artistic sandbox for writers in the further development of their play/musical.

“The audience is the final member of any cast,” said Schicker. “So when they experience the piece, the writer(s) learn so much. What jokes land or don’t? What plot points are unclear or too on the nose? Especially with new works like these, the writers are hungry for the feedback that will lead to continued refinement of their work. It’s such an honor to be part of that exciting process.”

The titles selected for inclusion in that process at this year’s Festival are:

Maid’s Door by Cheryl L. Davis – Set in the present day, Maid’s Door centers around beloved matriarch Ida Farrell, who, like many African American women in the 1960s and ‘70s, worked tirelessly as a maid for decades to provide a life for her daughters that was unavailable to her. Now that Ida is older and exhibiting signs of illness, it is her daughter’s turn to care for her mother. However, when Betty moves into an Upper West Side apartment, Ida comes face to face with old wounds and broken dreams that have haunted her for years, while her illness causes her to become increasingly trapped between the past and the present. This moving play highlights issues of patient’s rights relating to Alzheimer’s, and the reverberating effects of the legacy of slavery on families and individuals.

The Excavation of Mary Anning by Ian August – Amidst the groaning cliff sides and weather-beaten shores of southern England, fossil hunter Mary Anning combs the earth for glimpses of the ancient past. Armed with only her determination, her lucky hammer, and her erstwhile companion, Tray, Mary uncovers secrets that redefine science and religion and philosophy. But 19th century geology is a nobleman’s game, and Mary’s discoveries are buried beneath the rubble while the stars of her male counterparts grow ever brighter.

Fall of ’94 book by Ashley Robinson, lyrics by Ellen Fitzhugh, music by Joseph Thalken – Fall of ’94 is a very personal coming-of-age story of five 12-year-old children in rural Union, South Carolina. Set during the unfolding of the Susan Smith tragedy, the eyes of the world were on this small mill town. While the kids’ focus on perfecting their annual Halloween spook house, the excitement of a media frenzy consumes everyone around them and brings the town’s dark secrets to the surface. Fall of ’94 asks what affect events of violence and an atmosphere of racial tension have on children and young people.

The Way North by Tira Palmquist – When a lost, cold, and very pregnant young woman stumbles on to her rural homestead in the Minnesota wilderness, Freddy Hansen doesn’t hesitate to take her in. It’s the right thing to do, and as the county’s former Sheriff, Freddy has dedicated her life to protecting and serving others. But when her new guest turns out to be a Sudanese refugee making a run for the Canadian border, what it means to protect and serve becomes a more complicated, and far more dangerous, question which Freddy must grapple with…before her daughter Alex and the new Sherriff arrive.

Each of the festival’s four new works is given a two-week rehearsal process to prepare for their staged reading, each of which is followed by a community conversation with the writers(s), director, and cast.

New to this year’s festival is The Actors’ Academy Showcase with Kenita Miller. Students, ages 13 to 18, have worked throughout the school year in RMTC’s The Actors’ Academy, honing their acting skills and writing their own work focused around a human rights issue. Sunday’s showcase will feature excerpts from their work interspersed with songs from Miller. Students not only have the opportunity to perform their original material alongside a Broadway actress, but also to engage with professional writers throughout the course of the festival.

Event details and tickets are available at rmtchumanrights.org.