Often, we hear about relatives that we’ve never met. We asked Birmingham area residents, Who is a family member you wish you had an opportunity to meet?

Sharonda Fancher: “My great-grandmother, she passed maybe 20 years before I was born and her name was Rosa Lee Stewart and I actually named my daughter after her, it’s her middle name and from all of the stories I’ve heard, [my great-grandmother] she was [a] strong, strong-willed woman who lived to be over 100 and obviously had a very large family, a lot of kids and grandkids so I would . . . absolutely love to ask her a lot of questions about how she maintained her strength and her will during [her] time period.”

Zoe Towns: “My Aunt Thelma, she passed several years before I was born, maybe the late ’70s. She was older than my father by 13 years and apparently was very fierce and could drink anybody under the table and . . . had a wicked sense of humor and maybe a little bit of a temper. I feel like she sounds a little bit like me and I think we would have really gotten along.”

Mike Nicastro: “My grandfather. He grew up in Birmingham but moved to Huntsville where I’m from, but died before I was born . . . from what I’ve been told, I’m just a lot like him and would have loved to understand more about my Italian culture that was in Birmingham when he was here. He was a World War II veteran and all that too. His name was Larry Nicastro, he died in like the late ’80s before I was born.” 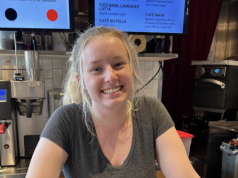 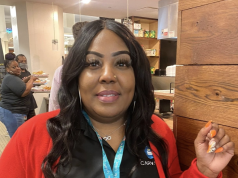 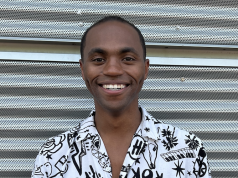