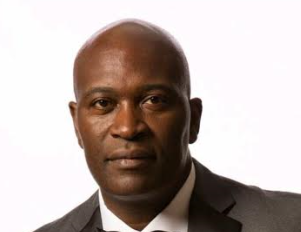 (This is an opinion column)

Many years ago, I had the privilege of mentoring juveniles in a secure detention facility.  To many of its occupants, the sterile labyrinth of wide, elongated halls, cylinder block walls and scuffed gray paint were dark and scary. For others, the contrary.  The lull of revolving doors became a rudimentary space for those with a lapse of judgment. One of those persons was a young man whom I will refer to as Jacob for the sake of anonymity.

At age 10, he entered the criminal justice system. He’d committed a nonviolent crime, a small-scale misstep, and in the greater scheme of things, nothing egregious.  Prior to the incident he was a model citizen. It was the perfect example of ‘who you are is greater than what you did’.

The adults didn’t see it that way. The owner called it trespassing. The system called it a crime.  And there he was, 10 years old, in a jail for recalcitrant children. He served time with a mixture of curiosity and fear.  He hid his fear behind bravado and found solace in being alone. Time passed and he was eventually released.

Months later he committed another crime. Upon arrival to juvenile detention, he was visibly and verbally upset.  He spat, cursed, wrestled and fought. And from that day forth, he became a repeat offender and the latest addition to the vast group of troubled children.  With each entrance and exit, he became more comfortable.

At some point during his stay, I pulled him aside and we had our usual chat. We had what felt like a father-son talk.  He indicated that he didn’t think he had a chance. We continued our talk and I remember ending the conversation saying “…I believe in you” and “the next time you’re in the area, how about coming in to see me through the front office instead of the sally port.”  We chuckled and he responded in his eloquent, innocent voice, “OK, Mr. Dee.” He was eventually released after serving a specified number of days.

Roughly a year or so later, I was called to the front office.  I was told there was someone up front to see me. Standing in the lobby was none other than Jacob.  He appeared a little taller and as he spoke, his voice was a bit deeper. We greeted one another with a smile.

He stated, “Well, Mr. Dee, you told me I could come see you, but to make sure I come through the front office instead of the sally port.”

I hugged the young fellow and we sat and talked.  He further told me that he wasn’t getting into any more trouble and was doing well.  As he talked, I looked for his family but saw no one. I then asked who drove him over because he wasn’t old enough to drive.

He indicated that he’d ridden his bike.  We chatted a little longer, exchanged pleasantries and he was on his way.

“Mr. Dee, thanks for believing in me,” he stated while exiting the lobby.

“Hey buddy, I always have and always will,” I replied.

As I turned and walked away it hit me.  He’d ridden his bike for miles to let me know that he’d turned his life around. And he did it with the same passion and commitment he had when he was defiant.   He’d overcome a number of bumps in the road. Yes, it was challenging. Yes, it was hard. Yes, it was sometimes overbearing. But he did it. And I’m honored to have played a very small role in his journey.

Jacob is like so many youth facing challenges, and like many of us.  We are all imperfect people in a sphere of our own idiosyncrasies, trying to navigate life’s obstacles.  We don’t always get it right, but we continue to fight. It was so important for Jacob to have someone to believe in him.  And in return, he believed in himself.

Encouragement is a powerful thing.  Thus, I challenge everyone to say an encouraging word, write an encouraging note, or perform an encouraging act of kindness to a child every day.  It could be the one thing they need to add value to their lives. We are all end users in this cafeteria plan of the legal system and it’s never too late to imbue ethical hygiene for the preservation of human dignity.  And I believe in all of us to do just that.

Demetrius Paschel is an award-winning writer and researcher in Birmingham.