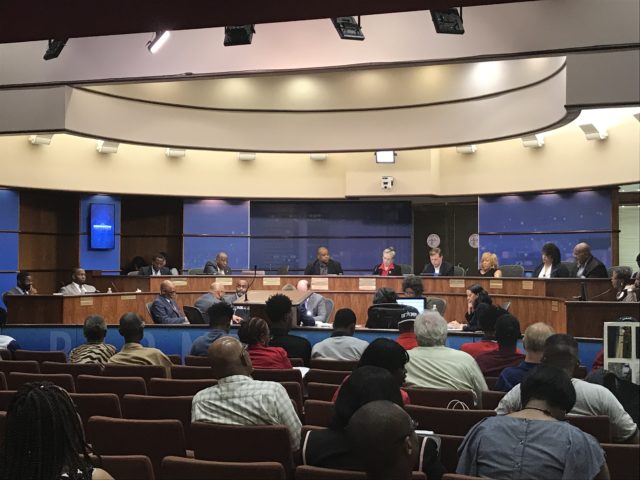 The Birmingham police department has received a $700,000 federal grant to purchase 276 body cameras.

“We’ve been having some issues with the men and women that go out to write parking citations being harassed and things like that so we’re also going to equip all of them with body cameras,” said Councilor Hunter Williams, chair of the council’s public safety committee.

The date for implementing the cameras is contingent upon when the city will receive the grant.

Williams said the new equipment is needed to upgrade technology and part of the planned $1.5 million Real Time Crime Center which will be housed on the fourth floor of Birmingham Police Headquarters and modeled after the Jefferson Metro Area Crime Center which is equipped with a wall-sized bank of video screens, computers and other technology.

“With the Metro Area Crime Center you have more of an investigative tool that you can go back and look at trends . . . what we really need to do is have the Birmingham Police’s administration be able to get that information out to those beat officers,” said Williams. “. . . a Real Time Crime Center it allows us to get crucial information to our officers as they respond to high calls.”

Some police officers already have body cameras but Williams said the new cameras will be better.

The new cameras will also hold officers accountable and serves as a first line of defense for officers. Williams said. “A lot of times, our officers and even our traffic enforcement will get complaints and once that film is reviewed we find those are typically unfounded,” he said.

In other business, the council approved a $700,000 bid to replace the turf at Legion Field. The city will pay FieldTurf USA, Inc., of Montreal, Quebec $714,000 for new NCAA and FIFA-compliant turf at Legion Field which is expected to be replaced by the end of August. The money will come from the $2 million set aside for upgrades at Legion Field.