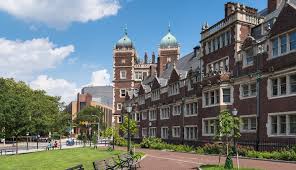 The organizations’ report explores six equity indicators and finds, among other trends, that in 2016 the average net price of college after grants and discounts was 94 percent of the average family income for students in the lowest income quartile; Pell Grants in 2017 only covered 25 percent of average education costs, compared to two-thirds in the mid-1970s; and that students who are both low-income and first generation have a 21 percent chance of earning a bachelor’s degree in six years compared to a 57 percent chance for non-low-income, non-first generation peers.

“Once known for wide accessibility to and excellence within its higher education system, the U.S. now has an educational system that sorts students in ways that have profound implications for later life chances,” the co-authors said in the report. “More work is required to ensure that all youth have the opportunity to use their creative potential to realize the many benefits of higher education and advance the well-being and progress of the nation.”

The report is the fifth in a series that examines historical data to promote an equitable higher education system. It upholds what other education researchers have historically observed: family income, race, parental education and geographic location factor into what educational and career opportunities become available to students.

Among the findings is the fact that there are growing differences in college degree attainment rates across states, a point of concern that Cahalan, director of the Pell Institute and COE’s vice president for research, said stood out to her because “states are almost becoming stratified by education to some extent.”

Furthermore, the report calls attention to findings that detail nearly stagnant rates of enrollment for low-income students at the most selective institutions over the last 20 years, and findings that show higher degree attainment rates for wealthier students.

Because of longstanding inequalities, it is “easy to get numb” to the trends, Cahalan said.

However, “we’re reaching critical levels that maybe weren’t so apparent before,” she said, adding that there is a significant disconnect between the resources required for a student to complete college and the public support they get.

The co-authors point out that newly evolving forms of inequity and stratification in higher education has largely resulted in an education, or lack thereof, being used to justify unequal wage distribution, which ultimately drives the widening income and racial wealth gap in the U.S.

This trend underlies another report finding that showed that Black students are disproportionately affected by student loan debt. According to the report, Black bachelor’s degree recipients have the highest borrowing rates (85 percent) and the highest average amount borrowed at $34,000.

Because more students have been taking out loans overall since 1990, Perna, the James S. Riepe Professor and executive director of PennAHEAD, said she was struck by the failure of federal, state and institutional aid to fully meet the financial need of today’s students.

Perna added that she is worried about the continuing and increasing reliance on student loans to pay for college, noting that it is critical for researchers and policymakers to examine the demographics within borrowing trends in order address ways to increase aid support for students.

“Given how important education is to well-being, we have to pay attention to who has access to higher education and who is able to complete,” she said.

The report from COE and PennAHEAD comes on the heels of another report released this week by the Institute for Higher Education Policy that offered recommendations for state and federal leaders. The recommendations included financially investing in low-income students first and covering non-tuition related educational costs; establishing emergency grants funds for students; adjusting federal needs-analysis to allow for the documentation of negative family-estimated contribution and more.

A report from the KIPP Foundation earlier this month additionally recommended that Congress can improve college completion rates nationwide by investing more in minority-serving institutions and other colleges that traditionally serve underrepresented students; expanding opportunities for DREAMers by making them eligible for financial aid; preparing students to secure a “strong first job”; and reducing the financial barriers to a degree by “incentivizing state spending on higher education through a robust federal-state partnership that is a first-dollar, need-based aid program and creates a college affordability guarantee for students of color and those from low-income families.”

Referencing the country’s $892 billion military spending budget for fiscal year 2019, Cahalan said if Pell Grants were to increase from $6,000 to about $16,000, allocation for the grant aid would likely increase from $26 billion to nearly $75 billion.

“It’s not a question of resources in the U.S. It is a matter of priorities in the country,” Cahalan said. Even further, “we’re going to have to find a way to reform higher education in a way that it’s not a zero sum game.”