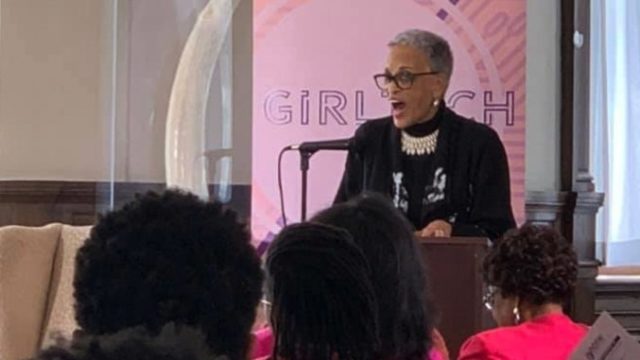 As the U.S. continues to push towards a more information-based economy, job opportunities in the fields of science, technology, engineering and mathematics (STEM) have become more lucrative and necessary than ever.

However, according to the Pew Research Center, Black American workers still remain largely underrepresented in the STEM workforce, accounting for only nine percent of all STEM jobs—with Black females representing the lowest percentage of these statistics.

With a vision to drive more Black females into the fields of STEM, Dr. Johnnetta B. Cole, the newly-elected president and CEO of the National Council of Negro Women (NCNW), recently lead a major National Town Hall with a special focus on Black millennial women and career development at the NCNW headquarters, located in Washington, D.C.

“Our goal [with this meeting] is to further lead, advocate for and empower women of African descent and to provide our priceless and powerful young people an opportunity of inspiration, information and assurance as they go forward in life and do what it is that they know they need to, particularly in the fields of STEM, often underrepresented by African Americans,” Dr. Cole said.

Creatively coined “GirlTech,” and deemed a necessary space for the “opportunity to meet education” by NCNW Executive Director Janis Mathis, the April 30th event brought together over a dozen Black female leaders in the fields STEM and welcomed keynote speaker, Natalie Madeira Cofield, founder and CEO of Walker’s Legacy and Foundation, a global platform for the professional and entrepreneurial multicultural woman.

“We are here to talk about women in tech, women in science, women in STEM, and so I thought about Madame CJ Walker, who was also a scientist,” Cofield said, of the first Black female self-made millionaire in the U.S., who specialized in Black haircare products. “But often times when we think about who she was, we don’t think about her being a chemist and a business scientist. We would be remiss to not think of her as being one of the top innovators of our time.”

“And so, I think it is important for us to begin the conversation with our real contributions, because that is our beginning and strength and not a beginning and weakness,” Cofield continued. “I think it’s very easy for people to begin ‘us’ at a point of ‘disadvantage,’ even though we have been innovators for so long.”

“Diversity is what I call being invited to the dance and inclusion is being asked to actually dance,” Tate said. “The reason diversity and inclusion are both important is because we have to be in the room as women and minorities in order to be able to see what’s going on, and we have to feel that inclusion, in order to make technology relevant. As it stands now, most technology is created by white men and is thus, often times not relevant to us. So, we must be in the room.”