After fierce neighborhood opposition, the Jefferson County Department of Health (JCDH) will not issue a permit for Sherman Industries, LLC to relocate to the Five Points West Community

JCDH said it has granted a request from Sherman Industries, LLC to place a hold on the air permit needed for the relocation.

City leaders and neighborhood officers, who fought against moving the facility to Five Points West, welcomed the news.

“Sherman Industries’ decision to suspend the air permit request for the Fayette Avenue site is good news for the neighborhood leaders and residents who expressed their concerns about the plant operating in their community,” said Birmingham Mayor Randall Woodfin in a statement released by the city.

Dora Sims, president of the Five Points West Community, said she was happy that residents were able to make a difference.

“When we come together in a collaborative effort it makes a big statement to let people know what we want in our community . . . people need to know that their voices are very powerful in terms of what they want in their neighborhoods,” said Sims.

She pointed out that a number of groups in the surrounding West End communities and organizations such as Saving Our Neighborhoods united to oppose the concrete batch company.

“It’s all a big win for everyone when we come together in a collaborative effort, working together in a positive sense and making a difference for where we live,” said Sims.

Sims also thanked Woodfin and the council for their support.

“Mayor Woodfin came to our meetings and told us he was on our side and he was going to make certain this did not come to Five Points West,” she said. “Also all of the city council coming together to work and . . . that all nine members of the council rallied to support our councilor [Steven Hoyt] and the mayor means a lot.”

In a statement released by the Birmingham City Council, Hoyt said, “It takes a collective effort to move our community forward and today is a day we can all be proud of. I’d like to thank Mayor Randall Woodfin for his leadership, and also the representatives of Sherman Industries for hearing our concerns about the location of this proposed development.”

Hoyt, who has been a vocal opponent of the move, said he will continue his efforts to get the property rezoned to not allow that type of company to relocate in the area.

“As elected leaders, we have a moral obligation to fight for our people,” he said. “While this is move in the right direction, we need to continue to make sure the residents of Five Points West and surrounding areas are protected from any future efforts to place heavy industry in our blossoming community.”

Earlier this month, the Birmingham City Council passed a resolution opposing the relocation of the facility to Five Points West and Woodfin also expressed his disagreement with the facility moving.

The city’s statement said the mayor has been clear in his support of the residents. “The city will work jointly to find an appropriate location for the Sherman Industries plant whether it be in Birmingham or the region,” the statement said. “This must be an ongoing inclusive effort which includes the public, the city, JCDH, and the company. The mayor is committed to keeping the concerns of the neighborhoods in the forefront and will keep them informed of any additional developments in this matter.”

The health department said a public hearing and information meeting scheduled for June 6 at the Birmingham CrossPlex about the move has been cancelled.

Last month, Sherman Industries, LLC had requested to place a concrete batch plant at 3420 Fayette Avenue in Five Points West. That would have replaced the existing facility on Second Avenue South, which has been in operation since the 1950s.

Many neighborhood leaders and residents expressed their concern over the facility moving to their community.

“We on the western side of town, do not welcome Sherman Industries to our community . . . our health is very important just like yours and theirs,” Walladean Streeter, president of the Bush Hills neighborhood told the council earlier this month. “They show no concern to the citizens of the western area and we’re very upset about that because we are human… and they’re bringing the problems to us. We have children all around that area, we have new restaurants coming and the smoke, the dust goes right out there to them. We need you and we’re asking you to support us in every way that you can to stop that from happening.”

Jeff Sieg, of Leigh Hanson, of which Sherman Industries is a subsidiary, said in an emailed statement that the company is still working with the city.

“Sherman Industries has been working closely with the City of Birmingham regarding our proposed concrete batch plant at Fayette Ave. The company intends to continue this approach in an effort to improve the city’s and the community’s understanding of the scope of our project and to attempt to identify a mutually acceptable solution at Fayette Avenue in Five Points West, or possibly an equally viable location,” Sieg said in the statement.

He added, “Since these good-faith collaborative efforts are ongoing, Sherman Industries has voluntarily requested a temporary suspension of our pending air permit application and postponement of the June 6 public hearing.

“Sherman Industries is a responsible operator and has consistently remained in compliance with environmental regulations. Ultimately, our goal is to build and operate a state-of-the-art, environmentally sound and clean, concrete batch facility with a minimal environmental footprint.”

Updated at 8:26 p.m. on 5/31/2019 to include the full statement provided to The Birmingham Times from Jeff Sieg of Leigh Hanson, of which Sherman Industries is a subsidiary. 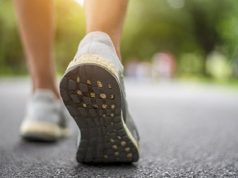 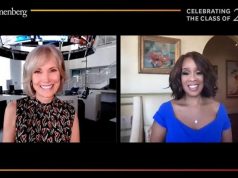 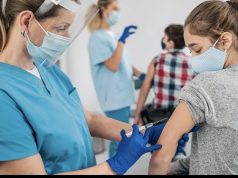