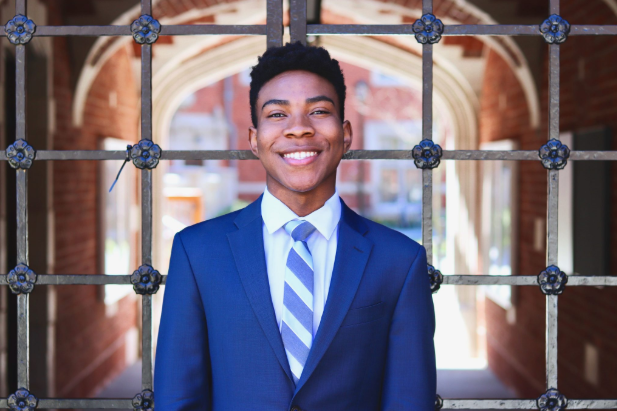 Greene, who will begin his junior year at the university this fall, campaigned on a four-part policy plan, which included, fostering a safer, healthier and more equitable campus culture, the Yale Daily News reported. He was elected as president in April.

The Maryland native told Fox 5 DC during an interview Wednesday that he was inspired to run for president to “amplify the voices of the underserved communities on campus.”

“Especially students of color,” he continued. “So being the first black president, I feel like I’m in the position where I can really do that.”

Greene, who is an economics major, served on the Yale College Council prior to his election as president.

He told Fox 5 that he thinks Yale can be a more “diverse and inclusive” campus and that he’s grateful to be in a position where he can help make that happen.

Greene also paid homage to black influential figures who have made history at Yale during his interview with the news station. He mentioned Edward Bouchet, who is recognized as the first African American to earn a Ph.D. at any American university when he received his doctorate in physics at Yale in 1876.

When asked on Fox 5 about his advice to other students who may want to pursue leadership positions at their institutions, Greene said: “You don’t necessarily grow up thinking you’re going to be the first person to do anything in this world, but if you work hard and you dream big, it can and will happen.”