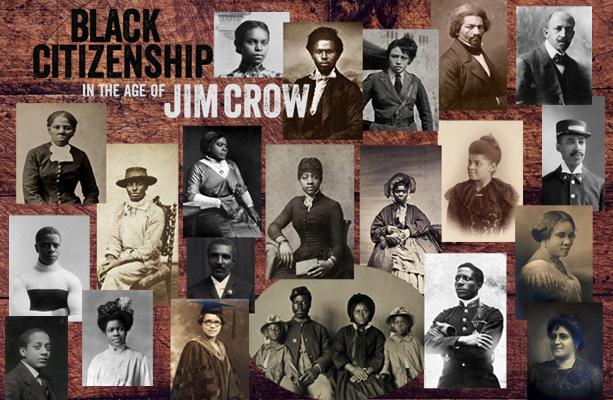 Maybe you’ve heard personal stories from your grandparents? Or studied civil rights in school. Understanding the struggles many faced before you isn’t an easy task, but it’s worth trying. For many African Americans, the struggle for just treatment as a U.S. citizen was significant and heart-breaking.

The Birmingham Civil Rights Institute will shed light on the challenges faced by many Africans Americans during a pivotal time in history with an exhibit “Black Citizenship in the Age of Jim Crow” which will be on display from October 18 to December 31.

On loan from the New York Historical Society (NYHS), and being displayed for the first time in the South, the exhibition is organized chronologically from the end of the Civil War to the end of World War I and highlights the central role played by African Americans in advocating for their rights.

According to the NYHS, the exhibit explores the struggle for full citizenship and racial equality that unfolded in the 50 years after the Civil War. When slavery ended in 1865, a period of Reconstruction began, leading to such achievements as the Fourteenth and Fifteenth Amendments to the Constitution.

By 1868, all persons born in the United States were citizens and equal under the law. But efforts to create an interracial democracy were contested from the start. A harsh backlash ensued, ushering in a half century of the “separate but equal” age of Jim Crow.

The period between the end of slavery in 1865 and the end of World War I in 1919 saw African Americans champion their rights as the age of Jim Crow began. Examining both the activism for and opposition to black citizenship rights, the works of art, political cartoons, photographs, documents, primary accounts, and timelines in this curriculum underscore how ideas of freedom and citizenship were redefined by government and citizen action, and challenged by legal discrimination and violence.

The legacy of this period of American history could not be more relevant—the question of American identity is still one of today’s most pressing issues.

“With cultural race, ethnicity, gender, class, sexuality, and legal status all contributing to conceptions of national identity, the popular understanding of who should be recognized as a ‘fellow American’ has continuously evolved throughout our nation’s history and is as important today as ever,” said Andrea L. Taylor, President & CEO of the BCRI.

She added, “this exhibit will provide a critical opportunity for Birmingham area students and all of the city’s residents and visitors to examine some of today’s most pressing issues in the light of both our nation’s highest ideals as well as its most dishonorable manifestations.”

The exhibition showcases many objects that tell the stories of African Americans who pushed for their rights within the oppressive environment of the Jim Crow south.

Objects include an early ballot box, a segregated rural mail delivery saddlebag that separated mail for “White” and “Colored” residents, and a model of a vibrant 1910s Black Harlem.

A series of dramatic sets, videos and original audio recordings will transport museum-goers back to a nation still reeling from the effects of the Civil War, and in crisis over the question of black citizenship.

Along with artifacts and archive records, the artwork on display will reach visitors of all ages, races and walks of life.

This exhibition has been organized by the New-York Historical Society with funding from the National Endowment for the Humanities. Local support comes from Birmingham-area companies and foundations.

The exhibition will be open to all general admission ticket holders.

Established 25 years ago, the mission of the Birmingham Civil Rights Institute is to enlighten each generation about civil and human rights by exploring our common past and working together in the present to build a better future.