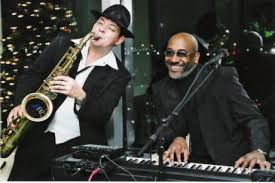 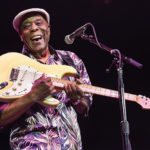 MONDAY
KARAOKE NIGHTS WITH RICKEY SMILEY at the StarDome Comedy Club.
MO MONEY MONDAYS at the Eastside Lounge.
BIRMINGHAM BANDSTAND at The Nick Rocks.
THE BIRMINGHAM MOTH STORYSLAM at Saturn.

NEXT THURSDAY
Thursday Night with VOCALIST ABRAHAM THE VOICE at Perfect Note.
BUFFALO GOSPEL and ZACH AUSTIN at The Nick.
COMEDIAN DON DS SANDERS at the StarDome Comedy Club.

NEXT FRIDAY
GUITARIST NORRIS JONES and OFF THE CHAIN at the Perfect Note.
SERATONES, DREE LEER and ROYAL & TOULOUSE at The Nick Rocks.
COMEDIAN SHERYL UNDERWOOD at the StarDome Comedy Club.

BOB MOULD (Solo) and WILL JOHNSON at Saturn.

FOR ART AND PERFORMING ART LOVERS
SLOW ART SUNDAY, 2-3 p.m. at the Birmingham Museum of Art.
SIGNALS THROUGH THE NOISE WITH TERRY STRICKLAND – Join art lovers at the Opening Reception of SIGNALS THROUGH THE NOISE, TODAY, 5-7 p.m. at Grand Bohemian Gallery Mountain Brook. Terry Moore Strickland is an award-winning artist.
CRAWL BEFORE YOU CAN WALK – The Birmingham Art Crawl I, TODAY, 10 a.m. – 9 p.m. at 120 19th Street North.
GROUP ART RECEPTION FOR MARY MARGARET BINKLEY & APRIL LEVI at Four Seasons Gallery in Homewood.
PURVIS YOUNG: BORN IN LIBERTY, through October 26, at the Paul Jones R. Museum, 2308 Sixth Street, Tuscaloosa.
ART RECEPTION FOR DORI BOYD – Join DORI local photographer, September 20, 5-7 p.m. when featuring her photos of Alabama on prints and canvas.
EVERWONDERLAND WITH SUSAN OLIVER AND BEN SOUTH – See the new works of artists, SUSAN OLIVER and BEN SOUTH at the Grand Bohemian Gallery, October 4, 6-8 p.m.  Fall down the rabbit hole with a magical garden of creativity and imagination at the Opening Reception in the Grand Bohemian Hotel Mountain Brook.

AT THE VULCAN PARK AND MUSEUM
15th ANNUAL AFTERTUNES FALL CONCERTS – Vulcan Park and Museum AfterTunes Fall Concerts is right around the corner. The three-part event begins Sundays at 3 p.m. with LOGAN LEDGER on September 22, GRIFFIN HOUSE on September 29 and CHRISTONE “KINGFISH” INGRAM on October 6. Gates open at 2 p.m. Bring your lawn chairs or blankets. There will be plenty of everything else.
LET’S TALK TRAINS, November 15, 10 – 11:30 p.m.

FOR COMEDY LOVERS
AT BIRMINGHAM IMPROV EVERY FRIDAY…
UGLY BABY LIVE, 9:30 p.m. at Birmingham Improv Theatre, 2208 7th Avenue South, 35233.
AT GOOD PEOPLE BREWING…EVERY FRIDAY…
FUNNY FREE FRIDAYS (COMEDY SHOW), 9 – 10:30 p.m., at Good People with Birmingham’s finest comedy show at a brewery. It’s free and features the best comedians from around the country.
AT THE STARDOME
TODAY THROUGH SUNDAY… COMEDIAN ROCKY DALE DAVIS…Rocky Dale Davis is a comedian from Brookwood, Ala. who is currently based in Las Vegas where he is regular at The Comedy Cellar. In 2017, he was a finalist at the Laughing Skull Festival and was named one of TBS’s “Comic to Watch” at the New York Comedy Festival. Rocky was selected as a “New Face Of Comedy” at the Just For Laughs festival in Montreal. His television appearances include Kevin Hart’s “Hart Of The City” on Comedy Central. “This Week At The Comedy Cellar” on Comedy Central. MTV’s “Greatest Party Stories Ever”. Filming his own comedy special with Epix. Along with a 20 episode series on E! called “Dating No Filter” set to air January 2019.
KARAOKE NIGHT with COMEDIAN RICKEY SMILEY. Join Rickey as he takes over the StarDome stage and brings Karaoke to a whole new level. 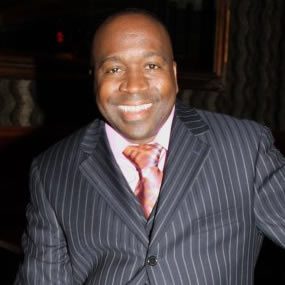 NEXT WEDNESDAY AND THURSDAY…COMEDIAN DON DS SANDERS…Darren “DS” Sanders is one of the funniest comedians touring today; a must see show when he’s playing a venue near you! Darren is a dead on writer who turns life’s everyday simplicities into side splitting comedy routines. DS is known as the man of many faces and his facial expressions are as descriptive as his words. Very interactive with his audiences, never be surprised if you or someone in your party becomes part of the show. But don’t worry, it’s always in good taste. This comedy veteran is very diverse and is the right comic for any audience, having worked groups as broad as fifth graders to the Congressional Black Caucus. His style is upbeat and fast paced so be ready to go on a non-stop laugh ride. Mr. Sanders travels regularly to military bases entertaining the troops.
NEXT FRIDAY…COMEDIAN SHERYL UNDERWOOD.

Well, that’s it. Tell you more ‘next’ time. People, Places and Things by Gwen DeRu is a weekly column. Send comments to my emails: thelewisgroup@birminghamtimes.com andgwenderu@yahoo.com.