BIRMINGHAM, Ala. — Latest on the Amber Alert for 3-year-old Kamille “Cupcake” McKinney:

“Late Saturday evening, an amber alert was issued for Kamille “Cupcake” McKinney, a three-year-old from Birmingham, who was reported to be abducted while outside playing with other children at a birthday party. That amber alert remains active.

“I am staying engaged with law enforcement officials on both the state and local levels. While the search for Kamille and the investigation into the case are ongoing, it is imperative that we remain vigilant and report any information that may help law enforcement bring her home.

“In that light, we are in discussions with Jefferson County District Attorney Danny Carr to finalize plans for my Office to offer a $5,000 reward for any information leading to the arrest and conviction of the perpetrator(s) and the location of Kamille.

“At this time, we offer our fervent prayers for law enforcement and all involved in the search. We pray for Kamille’s family and that God will continue to watch over Kamille until she is safely returned home soon.

Birmingham Police Chief Patrick Smith on Monday said the Alabama AMBER Alert for 3-year-old Kamille “Cupcake” McKinney has been expanded to include other states.

“We want to make sure that her picture, her face, is out there in the media so that everyone, even in the surrounding states, knows who she is,” Smith said.

Smith said there are two persons of interest in custody, but he said they have no information about Cupcake’s whereabouts. The pair in custody was found in Center Point, along with an SUV sought in the investigation. 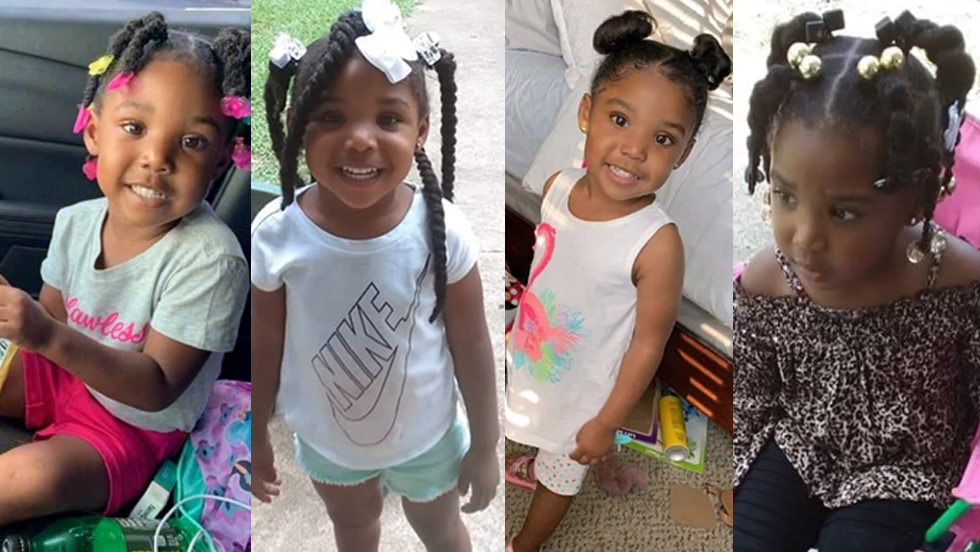 Birmingham police said Sunday night that a person of interest in the kidnapping of 3-year-old Kamille “Cupcake” McKinney has been taken into custody for questioning.

“The Birmingham Police Department has made contact with a person of interest who will be questioned by detectives. Police personnel continue to search for Kamille McKinney. Additional information will be released as it becomes available.”

Police detained the man at Woodside Condominiums in Center Point. They also located an SUV matching the description of a Toyota Sequoia sought in the investigation. Click here to see video of the Toyota Sequoia being towed away from the scene.

Alicia Renda, who lives in the same condo building as the person of interest detained for questioning, said the man and a woman moved into a unit below hers about a month ago. Renda said when she saw surveillance images of the SUV police were looking for, she knew right away it was her neighbor’s.

“I knew exactly, when I saw the picture of him and that vehicle, I was like, ‘Those are my neighbors,'” Renda told WVTM 13’s Chip Scarborough. “And our neighbors knew it too, so they’re the ones that actually called the police once they showed the picture of him.”

The man in custody has not been identified and a search for the little girl continues.

The Birmingham Police Department released updated photos of a person of interest and vehicle, an older model Toyota Sequoia, sought in connection with the kidnapping of 3-year-old Kamille “Cupcake” McKinney.

The Birmingham Police Department has opened a tipline to help find Kamille McKinney. Anyone with information is asked to call 205-297-8413 or Crime Stoppers at 205-254-7777.

Birmingham police on Sunday released an updated description and images of the vehicle sought in connection with the kidnapping of 3-year-old Kamille McKinney.

The Birmingham Police Department said its looking for a 2001-2006 blue-green Toyota Sequoia with tan or brown trim. Police said a white woman and black man are believed to be traveling in the SUV and enticing children with candy.

The little girl’s father spoke to WVTM 13 Sunday and pleaded for help in finding his daughter, who family call “Cupcake.”