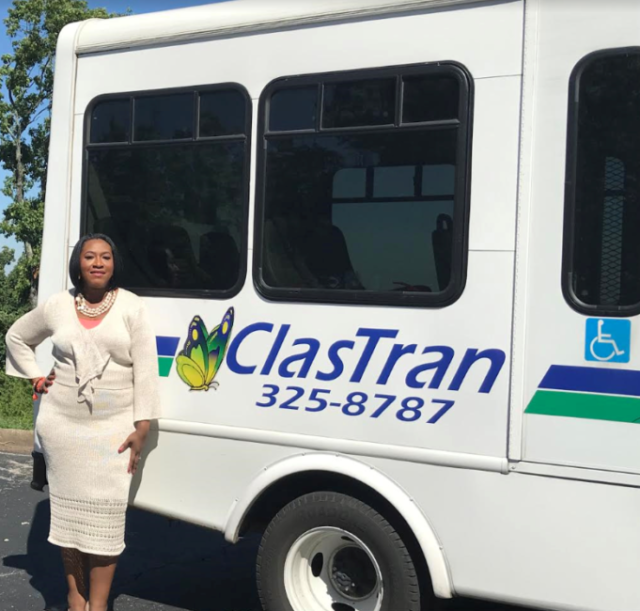 Six months after being named executive director of Clastran, Bacarra Mauldin confirmed on Monday that she has stepped down.

Mauldin told The Birmingham Times that she was “looking for bigger challenges. I’m proud of the work we did at ClasTran . . . I’m not ready to announce where I’m going, I’m trying to let the ink dry,” she said.

The nonprofit ClasTran coordinates specialized transportation, also known as paratransit, services in Jefferson, Shelby and Walker counties. It provides subsidized rides for people who are 60 years and older and are eligible for paratransit under the American with Disabilities Act.

ClasTran also provides unsubsidized rides for people who do not meet the criteria mentioned but travel on a space-available basis and pay full fare.

Under Mauldin’s leadership, ClasTran re-established a working relationship with the Alabama Department of Transportation (ALDOT); successfully secured an additional $1.5 million in funding from the Surface Transportation Fund, which provides support to preserve and improve infrastructure and transit capital projects; added a call center phone system that better manages volume and provides data to support operations, which has led to a 30 percent increase in calls since January; and helped pass a tax exemption bill in the Alabama legislature that resulted in an annual savings of $500,000.

She has served on the board of the Birmingham Jefferson County Transit Authority (BJCTA), the American Public Transportation Association (APTA) board, the Birmingham Urban League, Still Magic, an African-American theater group; and the Titusville Youth Athletic Association, where her son plays football.