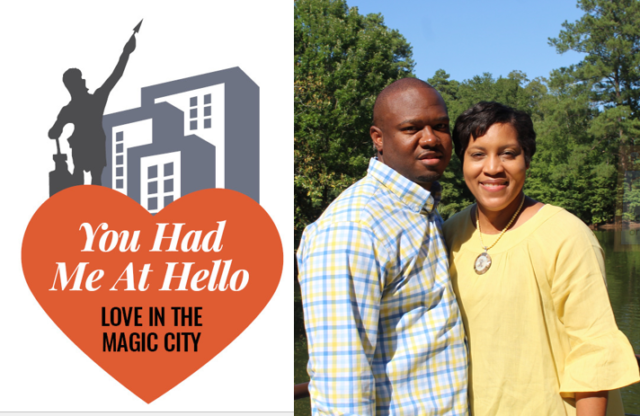 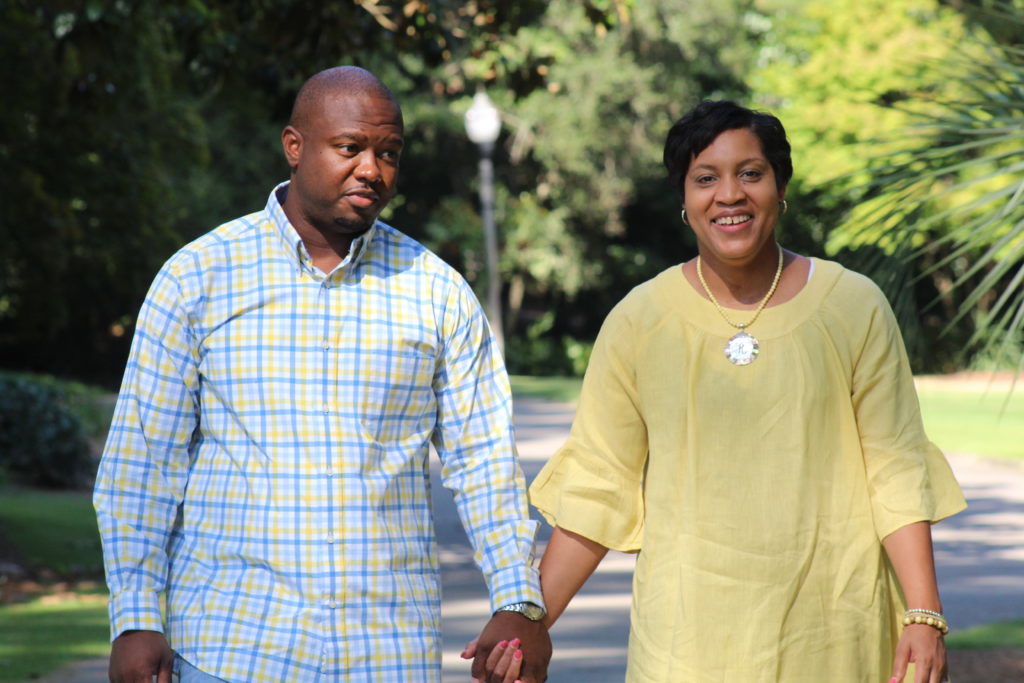 Met: Chris and Cheritta met in winter of 1999 working their second jobs at a supermarket at the Summit. Reta was a teacher by day and customer service assistant manager at night and Chris worked at a local bank during the day and the supermarket at night in a general support role. Reta said he was a leader for the young men at the supermarket but “he was quite annoying to me,” she laughed, “he always came in unprepared and late, but he was someone who always got the job done.”

They worked together for about two and a half years before dating because both were in a relationship. When I first met her, I felt like she was someone I could really settle down with…. I was used to dating [women] my age (20 at the time) and they were always immature and I knew if I was going to settle down I needed to find someone that was mature and on my wave,” he said. “And when I see something I want, I’m going to give it 100 percent until I get it. She didn’t know it but she was a target…so I would sit back and observe her and ask her a lot of detailed questions to feel her out and see what her thought process was.”

Once the two ended their relationships with others “he started talking to me a lot more, questioning things and he asked me if I’d ever go out with anyone that was younger than me, and I told him I wouldn’t date anyone that was younger because they’re immature,” Reta said. “That’s when I found out he was four and a half years younger than I am. I told him ‘you don’t act like a young, immature person, but we could be friends’. . . and eventually, I agreed to go on a date with him.”

First date: August 2001 at a restaurant in Wildwood on Lakeshore. “He was dressed nicely but not too overdressed. He was a gentleman, pulled out my chair. The conversation was really good, we got to really know each other… we didn’t really talk about the future, there was no pressure, it was very nice in general.”

“We spent a lot of time talking on the phone prior to that official first date, so the vibe was cool,” Chris said. “My mindset was to get to know as much as I could as fast as I could. I ordered something simple so that I could keep focused on the conversation… . We made a lot of eye contact, we were locked in and focused.

The turn: By October of 2001, they were in a committed relationship. The pair said they took time to build a friendship as the foundation of their relationship and remained professional at work. It was important to Reta that Chris got to know her family well, and in March of 2003, Chris purchased a ring and started planning for the opportunity to propose.

The proposal: On July 23, 2003, Chris proposed while they were away on a trip to Tampa, Florida.

“We were there on vacation, and I told her mom before we left that my intent was to propose to her,” Chris said. We were at her favorite restaurant (Olive Garden) and I had the ring with me. She asked me if I would bless the food, and I did. As I was blessing the food, I asked God to help her accept my proposal and asked her if she would marry me.”

“…we held hands [during prayer] and he had my left hand and my head was bowed,” Reta recalled, “And as I was listening to his blessing I noticed that it changed, then he made the request that I accept his proposal. I opened my eyes and he had the ring there.  It caught me off guard, I had no clue it was coming. Of course, I said ‘yes,’ and it was a really wonderful evening. The shocking part was that he actually did ask permission from my mom, she knew about the whole thing.

The wedding: The wedding was at the Fairfield Civic Center, and their colors were black, gold, and cinnamon. Reverend Ozell Bates, pastor at Pleasant Hill Missionary Baptist Church in Ensley, performed the wedding.

Most memorable for the bride: “It was a huge celebration of family for the both of us because I was the last one in my family to get married and all of us were at the wedding. And Chris is the only son and the oldest grandson, so it was a huge number of people that were there . . . . It was a dream come true because we planned and put the wedding together ourselves.

Most memorable for the groom: “Seeing the look on Reta’s face as she walked down the aisle. It was a look of relief that everything was successful, she was very happy . . . Also, the pastor forgot to tell me I could kiss the bride…everybody kept yelling ‘you gotta kiss the bride’ which he did.

Words of wisdom: Communication, strong prayer and remembering your values are what sustains a marriage, said the couple.

“Chris and I take time out every year to communicate about where we are currently in our marriage,” Reta said. “We talk about our goals individually, where we are in our careers and where we want to go spiritually, financially, and where we want to go with our family. We do that during our anniversary time to reflect on what we want to get better at doing and also communicate as much as possible. It’s the best way to get your marriage to work…whether through text, just talking at any capacity and communicating positively.

“The first thing I tell people is to build your relationship off of trust and love and to remember what got you there, don’t lose those values,” Chris said. “Remember how you fell in love in the first place. Keep those same principles because those are the things you fall back on. Build a solid foundation, you want to build it out of concrete, not straw. Communication is key, never assume, always communicate and make sure you’re on the same page,” Chris said.

Happily ever after: The Hayes are parents to sons Jayden, 13, and Kendyl, 8.

Reta, 44, is a Wenonah native and graduated from Wenonah High School. She attended the University of Montevallo and earned a Bachelor’s Degree in Elementary Education, a Master’s Degree in Elementary Education, an Education Specialist Degree, and an Administrative Certification. She is a Principal at Lipscomb Elementary and working on her Doctorate degree in Educational Leadership and Human Studies at The University of Alabama at Birmingham (UAB)

Chris, 39, is a Sawyerville (Hill County) native and graduated from Akron High School. He is senior vice president for the National Bank of Commerce Deposit Operations in Birmingham. 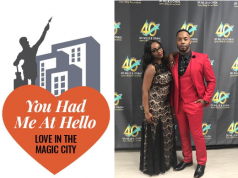 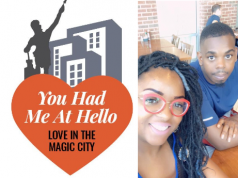