When it comes to scoring points and moving the ball up and down the field, Miles College knows how to get the ball in the end zone. The Golden Bears put some big numbers on the scoreboard behind the great passing of quarterback Daniel Smith along with the pass catching talents of wide receiver Leonard Tyree and the brilliant rushing skills of running back Wade Streeter.

Smith completed 18-of-30 passes for 347 yards and four touchdowns. His main target was Tyree who had five receptions for 176 yards and one TD. Smith also did a great job of spreading the ball around to Grant DuBose, Antonio Lee and La Anth Robinson who all caught touchdown passes. Domini McNealey had five catches for 53 yards.

Running back Wade Streeter scooted for 107 yards on 21 carries with one touchdown. The running game was very impressive not only with Streeter’s contributions, but Justin Ruiz had a big day with four carries for 73 yards, which included a run of 56 yards.

Miles College will look to keep the offensive machine in high gear for the school’s matchup against Clark Atlanta at home on Saturday, Oct. 5. The kickoff will be at 4 p.m.

In the Southwestern Athletic Conference (SWAC), Alabama Agriculture & Mechanical quarterback Aqeel Glass and running back Jordan Bentley continue to be two of the top offensive players in the conference. Glass is the No. 1 passer in the SWAC. He has completed 117 of 180 passes for 1,460 yards with 14 touchdowns and just five interceptions. Bentley is the second leading rusher in the conference with 94 carries for 512 yards and eight touchdowns.

Glass and Bentley had terrific performances leading Alabama A&M to a 63-20 victory over Central State. Glass displayed his strong arm throwing four touchdown passes and completing 22-of-26 passes for 339 yards.

Bentley had 103 yards on 21 rushing attempts while scoring three touchdowns. It was a record breaking game for him. He set a new school record with 29 career rushing TDs with the Bulldogs.

Alabama A&M will try to keep the momentum going against Texas Southern on Saturday, Oct. 5. The kickoff is set for 2 p.m.

After a week off, Alabama State will return to action against Alcorn State at home on Saturday, Oct. 5. The kickoff will be at 2 p.m. The Hornets are coming off a 23-20 win over Grambling State University. 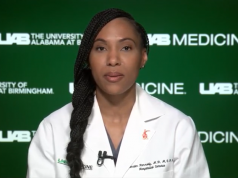