We asked Birmingham-area residents, Is it possible for you to live without internet?

Henry Swain: “I’m in between because I think I could, but I can’t. I could because I came from a time where we didn’t really have internet, I lived in the country and we had dial up and didn’t have a real internet connection. Now that everything I do depends on internet, work, watching TV and all that kind of stuff, I have to have internet.”

Paige Lindsay: “It would be hard but I think I could because I grew up camping and going outdoors and spending a lot of time without internet during the summers. I think if I really had to, I could but I don’t want to. I originally grew up in Florida and we spent a lot of time [outdoors] and there was no internet out there. I think there are benefits to being internet free, but I don’t think it outweighs having it.”

Emma Duncan: “I don’t think that I can because even as simple as GPS, I’m so reliant on GPS. I run an Etsy store so I need access to that to be able to post stuff, answer messages and all that kind of stuff is done through the internet. Emails, communication, everything is done on the internet nowadays so I do not feel like I could live without the internet.”

Devon Howard: “Yes . . . I don’t rely on it as much as other people do. In the past, we did paper applications, there was no readily available GPS like in your phone, we just used a regular map and those are things I still use to this day. I learned how to sit down and do my taxes on paper forms and all of that so I think I could do without the internet.” 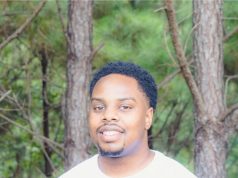 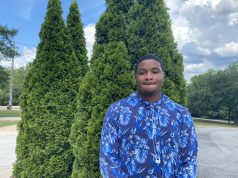 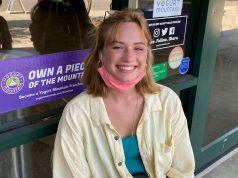