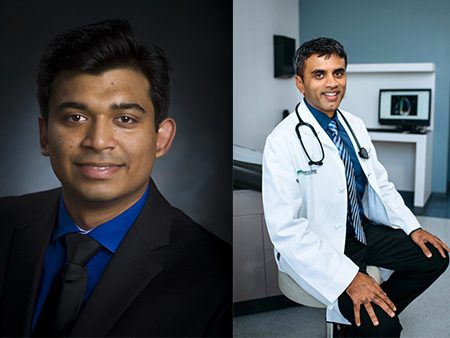 A new study published in Circulation Research by University of Alabama at Birmingham researchers shows that young, healthy African American individuals have lower natriuretic peptide levels as compared to whites. The study also showed that a decreased process, and increased breakdown, may be a reason behind the racial differences in NP levels. Furthermore, they found that whites had a greater decrease in their NP levels after a high-carbohydrate challenge, compared to African Americans.

Nirav Patel, M.D., a resident in the Department of Medicine, explained that the human heart is also an endocrine organ that produces hormones called natriuretic peptides. Lower levels of NPs have been suggested as significant contributors to the development of cardiometabolic diseases such as diabetes and hypertension in populations with low NP levels.

In the current study, the authors tested the hypothesis that the levels of this beneficial hormone are lower in young African Americans compared to young whites, and that there are racial differences in the response of this hormone to a high-carbohydrate challenge. Additionally, the investigators explored the reason behind these race-related NP differences.

To investigate, Patel and his team conducted a physiological clinical trial at UAB, which involved participants from the Birmingham area. The participants were given a glucose solution after five days of standardized diet, and subsequently the levels of NPs were measured.

In collaboration with a team at the University of Pennsylvania led by Kiran Musnuru, M.D., they looked at how the genes that control the production and breakdown of NPs are expressed in the heart tissues of African Americans and white individuals. The authors also evaluated induced pluripotent stem cell cardiomyocytes to understand the mechanisms behind the racial difference in NP levels.

Patel, the first author of the study, said this physiological trial helps in understanding the biological reasons behind racial differences in the occurrence of diseases like diabetes and hypertension, which are related to low levels of NP hormones.

“African American race is an NP deficiency state,” he said. “Until now, we have not been able to understand the reasons behind this. Our work suggests that NPs are processed and broken down differently in African Americans, compared to whites. There is also a racial difference in the response of NPs to glucose. The important contributions of the participants of this trial have helped us understand the possible biological reasons behind the racial disparities in common cardiometabolic diseases.”

NPs play an essential role in the various underlying disease processes that lead to the development of metabolic and heart diseases. The researchers found that racial differences in levels of NP are evident in healthy young adults and that impaired processing alongside increased breakdown may contribute to the race-based differences in NP levels.

“The African American race is associated with relatively low NP levels,” said senior author Pankaj Arora, M.D., an assistant professor in UAB’s Division of Cardiovascular Disease. “Our work suggests that relative NP deficiency occurs in young healthy African Americans due to differences in the processing and clearance of NPs. This may contribute to the higher levels of cardiovascular and metabolic diseases later in life.”

Arora added that he speculates reversing this NP deficiency in African American individuals may mitigate biological basis of racial disparities in cardiometabolic diseases.

“By personalizing our preventive approach, we may be able to reverse this NP deficiency before the development of diseases like diabetes and hypertension,” Arora said. “The findings from our study suggest that the response of NPs in white individuals may be more vulnerable to dietary habits, such as high-carbohydrate intake. Given that NPs have a favorable role in our cardiovascular system and energy metabolism, we need to individualize our approach to prevent diabetes and hypertension based on the racial and genetic makeup of an individual.”