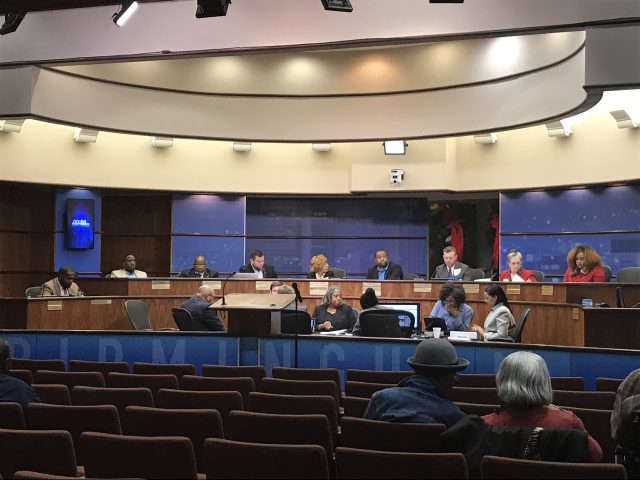 Reduction in crime, infrastructure improvements, and new mobility options top some of the issues members of the Birmingham City Council say are priorities for 2020.

Decreasing violence is of importance for many on the nine-member panel.

“The homicide and crime rates, are something that I cannot even begin to imagine how we fix it but that’s a big deal, the fact that we have all of these people with guns in their pockets who pull them out and shoot people when they get angry,” said District 3 Councilor Valerie Abbott. “. . . it is a big issue in Birmingham because it is the perception that you’re not safe in this city whereas most of the people murdering each other are friends or relatives of one another.”

District 9 Councilor John Hilliard said it’s time to bring together all facets of the community to address crime.

“We’ve got to find a way to link our religious community back into our neighborhoods and communities to help us with this crime issue,” he said. “Crime is also dealing with a lot of mental illness and we look forward to working with some of our psychologists and psychiatrists.”

District 6 Councilor Crystal Smitherman agreed that “we need everybody at the table to deal with [crime] because it is a huge problem in our city. I think we need to [deal] with the crime [by] working with the mayor and the police chief and the entire community to figure out what we can do.”

City Council President William Parker, of District 4, said the Council has been working with community organizations to give young people a positive outlet and safe place to go. “We will be continuing those efforts and partnerships into the new year,” he said.

The Peace in the Park initiative was popular last summer. Curbing violence in 2020 will still be a priority for the Council, said Parker.

“In December, the Council participated in two Unity Walks after losing young people to violence. We hosted a District 4 Holiday Celebration in conjunction with community leaders to give children and adults a safe place to go,” he said.

District 2 Councilor Hunter Williams said city data shows a decline in most major crime areas, including homicides, and that’s a trend he’d like to continue.

“As Chair of Public Safety, my committee and I will continue our work with the Mayor and the Birmingham Police Department to continue the momentum of moving toward these goals,” he said.
Here are some other issues that are the focus of city councilors.

“I want to continue focusing on steps to improve the quality of life for those of us who live in District 7 as well as the city,” said Council President Pro-Tempore Wardine Alexander. “I want to continue with the efforts to rid us of the blight and demolishing abandoned homes and I want to work with the mayor to continue funding to improve our roads and streets. I look forward to continuing the programs that we’ve started like the LED light program with Alabama Power, and improving the safety of our parks.”

Smitherman said neighborhood revitalization remains a priority, including paving streets, demolishing houses, improving lighting and beautification which include “how to have a consistent maintenance with picking up litter and making sure neighborhoods have the cameras for illegal dumping.”

District 8 Councilor Steven Hoyt said conditions in some of the neighborhoods still concern him.

“Our neighborhoods are still blighted, still in disrepair and certainly the roads are in disrepair and I know that we have allocated about $6 million but is that enough? I don’t think so,” he said. “We might need to look at floating a bond to address some of these other pertinent issues with respect to bringing up our parks, increasing lighting . . . I think the LED lighting was a great initiative… but certainly there is so much to do in these 23 communities and particularly these 99 neighborhoods.”

Woods said, “Our infrastructure has a lot of work, we have a need for road repaving, a need for sidewalk repair, those things jump out. We have several food deserts, the need for grocery stores in multiple districts, we’ve got to make sure that everybody has access to healthy food.”

Abbott went a step farther. “We have so many infrastructure issues in Birmingham because we’ve not been taking care of the infrastructure and it seems like everything is falling apart,” she said. “The storm sewer system is out of sight, out of mind . . . and we get thousands of complaints about everything from the sidewalks, curbs and cracks and potholes on the streets and sidewalks.”

Parker said his goal is to find innovative ways to address these issues and “be efficient when it comes to neighborhood revitalization, street resurfacing, and addressing crime and violence,” he said.

Workforce development and education are keys to citywide improvement, say some councilors.

“We need to continue [workforce] to drive economic development, create more jobs and ultimately those jobs and businesses are what generate good revenue for the city and that revenue is used to pave streets, hire police officers and all of the other things that citizens expect government to do for them,” said District 5 Councilor Darrell O’Quinn.

Williams said it is imperative that the city educates children and train the workforce “to reduce poverty and crime levels. We have to continue to find a way to provide education and economic opportunity for the citizens of Birmingham.”

Williams said the Birmingham Promise – which will create post-secondary opportunities and apprenticeships for Birmingham City School students –is a great place to start but a number of long-term problems remain that requires multiple solutions to provide education and economic opportunities in the city “and I am committed to work alongside my colleagues to continue to help find solutions to these challenges,” he said.

District 9 Councilman John Hilliard said he looks forward to the completion of several important projects in his district.

Hilliard said he’s excited about the aviation and flight clubs in partnership with the Birmingham International Airport, The Birmingham Southern Museum of Flight and the Alabama Community College system to bring an inner-city aviation program to Birmingham.

Through this program students can become certified and qualified to work in any area of the aviation industry without having to attend a four-year institution. “We’re getting our kids focused on the future and where jobs and opportunities can be,” he said.

Also, “we’re excited about the redevelopment of the Carraway Hospital project, slated to begin in the spring,” he said. The vacant 50-acre site is being transformed into a mixed-use development that could include residential, retail, restaurants and office space as well as a hotel and entertainment venues.

“One thing that I’m doing is increasing communication with residents and creating avenues for two-way communication so I can get information to them and they can also give me feedback, insight and their opinions back to me quickly,” said Woods, who still would like to see a grocery store and more restaurants in his district. “I want to continue to be responsive, make some improvements in the way we are performing in regards to litter and speeding in the city and the overall public safety piece.”

O’Quinn said, “One of the top priorities for me is to continue working with Mayor [Randall] Woodfin in discussion with stakeholders in the Smithfield community about what they want to see happen in their community as it relates to McClendon Park and Legion Field and the Smithfield business district… there is expectation that a lot of events that occur at Legion Field will want to move to the new [Protective Life Stadium downtown]. We’re trying to be proactive about planning for what comes next for the Smithfield community,” he said.

As chair of the transportation committee, O’Quinn said he wants to bring “new mobility options to the city of Birmingham. Zyp Bikeshare program has come to an end but we are transitioning to a new form of bikeshare that will include bikes, probably also electric scooters, I’m also very interested in bringing car share options to Birmingham… there isn’t really any in existence in the city so just trying to get car share established in the city of Birmingham is a big goal for me.”

World Games
Hoyt said the CrossPlex in Five Points West must be fully developed and become a focus in advance of the 2021 World Games “and we need to make sure there is inclusion and diversity with the businesses in the World Games which will have a huge economic impact on the city.”

“We need to look at our budget and see how we can address things that residents want… the biggest complaints we get are about our street paving, or the lack thereof, and the condition of our city sidewalks, so I think those are things the city needs to address and we can do that via the budget,” said Abbott.

Alexander said she looks forward to the budget process. The city’s fiscal year begins (July 1), but it’s never too early to begin planning.

“I think one of our challenges from the mayor as well as the council is to ensure that we have the funding and we use that appropriately to improve the quality of life and provide the infrastructure and the needs for our citizens,” said Alexander. “Since this is my second time in the budget process, I’m really going to be focusing on looking at that closely and to collaborate more effectively with the council and the mayor just to ensure that we use those dollars wisely and spread those dollars as far as they can go for our citizens.”

“A lot of them were written 15 or 20 maybe even 50 years ago and are no longer relevant to today so we need to modify some of our ordinances,” said Abbott. “The noise ordinance needs to be updated and I think we need to deal with some other issues like dumping in neighborhoods . . . we have found out there is no fine for blowing or raking your leaves in the gutter and have them flow down and stop up the storm sewers . . . I think we need to do something about that and I think 2020 would be a good year.” 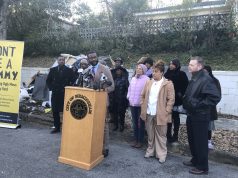