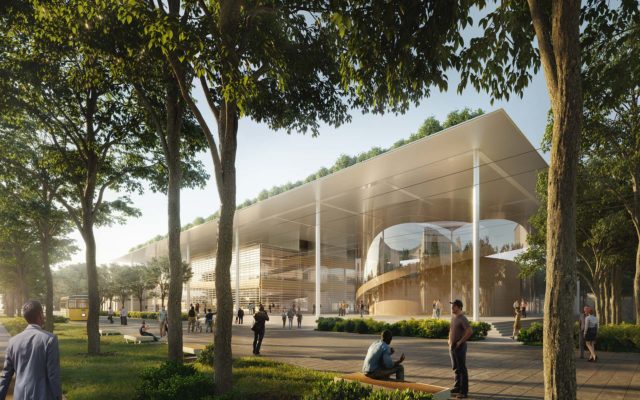 Picture a hub where visitors from around the world can share ideas, inspire one another and teach leadership skills for the 21st century. A place that embraces and shares Birmingham’s instructive Civil Rights history, establishes a leadership training institute and draws speakers from across the globe to discuss human and civil rights.

That’s one of the many goals of the Global Forum for Freedom & Justice being discussed to help with the revitalization and transformation of the downtown Birmingham Civil Rights District.

“Currently, no modern facility exists that combines an educational and interpretive center for human dignity, mutual respect and equal justice with an academic institution that provides students with leadership skills,” said Wayne Reynolds, Chairman of the American Academy of Achievement and a member of the Global Forum Advisory Council. “The Forum will be a catalyst for connecting cities around the world to new ideas and insights concerning human and civil rights.”

On December 17, a community event is scheduled at the Florentine Ballroom in downtown with state, city, county and community leaders to gather input for the project.

“Birmingham is the only city to [locate the Global Forum],” Reynolds said. “It will bring hundreds of thousands more tourists and visitors to Birmingham . . . Everyone in the world wants to touch the experience of Birmingham and the leaders of the Civil Rights Movement and learn from them in an inspiring way. Everyone in the world knows what happened in Birmingham whether you’re in Tokyo, Johannesburg, Paris or Moscow…but Birmingham has never used that to its advantage, and I think the forum will help people realize that.”

That plan is to build the forum in one of the opportunity zones on land owned by Alabama Power Company in the Birmingham Civil Rights District. The institute is being designed by London architect Lord Norman Foster.

Reynolds believes it can be opened in the next three years.

“It’s really going to be a magnificent place . . . where young people can be empowered and equipped and learn how to be leaders in their own community by going through this visitor experience… they will be taught leadership skills and how to be advocates for social change in their communities no matter where they are in the world.”

The forum will also partner with a local university to establish a graduate center for civic innovation, public policy and leadership.

“It’s going to advance the legacies of civil rights pioneers as well because the Birmingham Civil Rights Institute and most other institutes really address the history of what happened during the movement…” said Reynolds, “so we’ll be giving an overview of the Civil Rights Trail but also teaching and empowering young people to be leaders themselves in their own communities.”