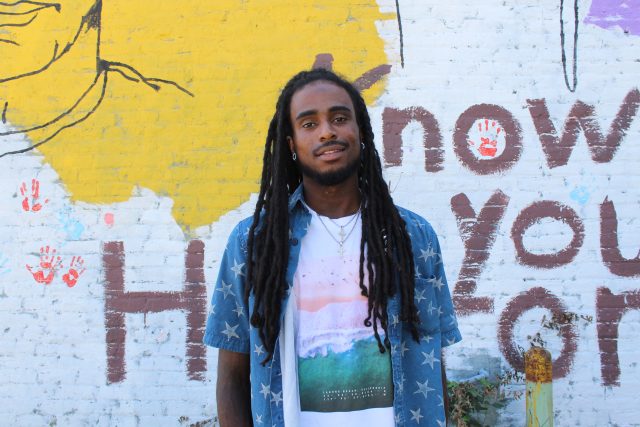 Every artist is searching for truth, says Birmingham’s Carey Fountain—and he’s no different.

Much of what Fountain does as a multidisciplinary artist is to “shed light on different things going on in the world and challenge perspectives.”

“[I force] myself to question certain things, whether it be personal within myself or [what] I see in society, [and] I encourage other people to question [what they see],” he said.

Fountain, 27, is founder of DoReMe Media Group, an outreach initiative dedicated to creating platforms for artists to build relationships and connecting the community through arts, music, and intellectual conversation. He describes DoReMe—the acronym for Discovering Ourselves, Revolutionizing Earth, and Maintaining Enlightenment—as a movement.

“The goal was to use DoReMe as a way to unite people,” said Fountain. “A lot of times in our culture we focus more on our differences instead of trying to focus on how we’re similar. … That’s why we have such a strong divide.”

Fountain describes DoReMe as similar to an artist project,” a social experiment type of thing. … It’s all about asking questions and getting people to think differently and challenge how they may see things. The [objective] is to try to … change the world some kind of way, and the conversation behind it was that the world can only be changed by people who want to change themselves—and you can’t be you if you don’t know yourself.”

“[I] really do a little bit of everything. Whatever I can get my hands on,” he said. “For me, they’re just different tools to get whatever is in you out of you. … One of my favorite quotes is ‘Music helps us let go, and art helps us piece things together.’ That’s kind of what I think about when it comes to the different tools I use.

DoReMe offers Fountain the chance to spread a light, he said: “God put it in me. The whole vision of it all was through God.”

Over the past three years, Fountain has become more serious about painting because “I believe art is really powerful,” he said. “I like to help link people up together and do whatever I can do to help, … do my part to try to do something good in the world. I think art is a tool I can use to express myself and also question society or things I may feel weird about in society.”

Fountain was born in Dayton, Ohio, and his family moved around to different cities because his father was in the Air Force. One constant in Fountain’s life was creativity, something he remembers from his earliest years.

“I started doing music at an early age and getting involved in creative activities,” he said. “[I attended a performing arts high school], so there were a lot of outlets to get involved in music and theater. I started really getting into visual art when I was in college.”

Fountain attended the University of Alabama and graduated in 2014. He moved to Virginia for eight months and returned to Alabama, ultimately making Birmingham his home base.

“I saw there was a niche that needed to be filled, one I could fill more so in Birmingham than in a bigger city like [Washington, D.C.], where things are oversaturated,” he said. “I came down here to check it out, enjoyed it, and fell in love with it. I started doing things around the city and started meeting people.”

In 2011, Fountain and some friends started a music group called DoReMe. Afterward, he “… started to try different [things] and stepped outside of just doing music.”

One of his ventures was a clothing line he started in 2013 with two other friends—LIVE right, GRIND hard, and LOVE life—to promote unity and positivity. The same year, he created a website under the name DoReMe and became more focused on media.

“DoReMe was on my heart. … Everything I’m doing now was on my heart, so I decided to change my life instead of living with [DoReMe] on my heart, working jobs, doing stuff I hated, dealing with people I don’t like, and just feeling miserable,” Fountain said. “I felt like, ‘Why not take this risk? The worst thing that can happen is I’ll fail and be in the same position I started from.’ … It was just kind of a no brainer for me [because] I have an entrepreneurial spirit.”

“We’re like the media spot,” Fountain said. “If you want very creative work, you want people who understand the culture, understand this niche, and are constantly challenging themselves to get better, grow, and expand. You get that [with DoReMe]. We work hard, we work fast, and we don’t like to lose, so we’re going to make sure [the work] gets done.”

DoReMe’s website posts different videos and content, asking questions like “[Is] the world getting better or worse?’ or “Is history repeating itself?” Visitors who leave comments earn credit they can use to make purchases from the online store.

DoReMe also hosts events, such as “Vibes and Virtues,” an interactive art affair that makes participants think about the way they see people, in addition to giving them a chance to get to know people they wouldn’t normally speak with. Participants can win prizes that are donated through different businesses.

Another DoReMe feature is “Good Talk,” during which Fountain asks people questions and films their responses.

“[I] may ask a homeless person or someone who looks corporate … the same question to show that we’re more alike than we are different,” Fountain said. “We try to figure out creative ways to help people find themselves, if they haven’t already found themselves, and to help them challenge themselves and connect with people they may [not otherwise] connect with.

“I get a kick out of that. I love when I see an old 67-year-old white man talking to an 18-year-old black kid from the inner city. They may not ever talk to each other passing on the street because they have these judgments made up about each other, … [but in this setting] they’re having a conversation about how they’re alike and about the things they have in common.” 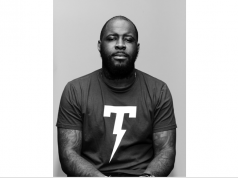 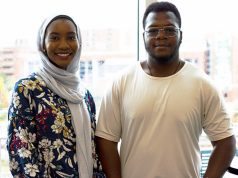 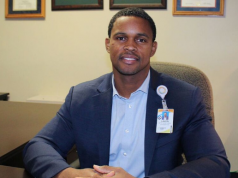