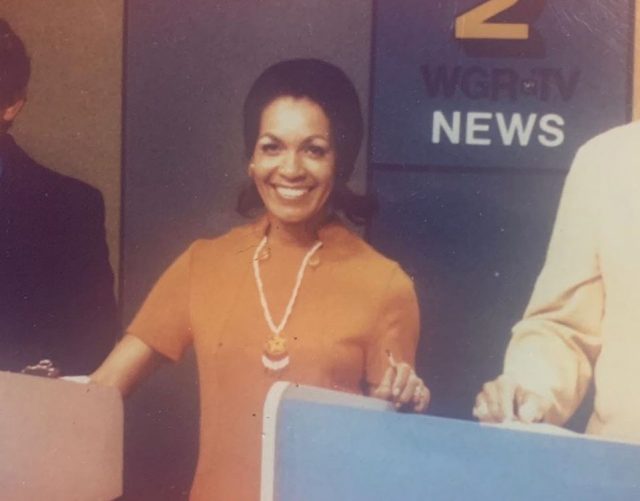 The first black woman to earn a degree in meteorology has died, according to Accuweather. Dr. June Bacon-Bercey, the country’s first female TV meteorologist, passed on last year on July 3, 2019, at the age of 90, but her death was not known until recently.

In a heartfelt message posted on Facebook, Bacon-Bercey’s daughter, Dail St. Claire, revealed that she waited to announce her mother’s death because she was “not ready to grieve.”

After graduating from the University of Kansas in 1955, Bacon-Bercey obtained a master’s degree from UCLA. She continued to make history by becoming the first woman and African American to be awarded the American Meteorological Society’s (AMS) Seal of Approval for excellence in television weathercasting.

Back in 1977, Bacon-Bercey was a contestant on the television game show The $128,000 Question, where she won $64,000, according to The Washington Post. She ended up using the winnings to start a scholarship fund for women interested in becoming meteorologists. “That was my plan at the beginning, and it’s still my plan,” said Bacon-Bercey at the time. “I was discouraged (from becoming one), and other women were discouraged. If they feel they’ve got some money behind them, it might be better.”

From 1978 to 1990, twelve women received scholarship assistance and gained achievements in the fields of geochemistry, physics, astronomy, meteorology, and oceanography, advancing to senior positions with the National Oceanographic and Atmospheric Administration (NOAA), NASA, MIT and several television stations across the country.

Bacon-Bercey was named Minority Pioneer for Achievements in Atmospheric Sciences in 2000 and she helped found the AMS Board on Women and Minorities to increase the number of women and minorities in the atmospheric sciences.

“My mom was my mentor and my role model in my life,” said St. Claire, who is the Chief Operating Officer at Park Avenue Finance, to KSNW. “I always speak about my mom in my life whenever I have a chance to speak in different venues. There’s no question that my career, while different, the work ethic and discipline and persistence and uncompromising goal to be excellent at all costs is what I learned from my mom.”