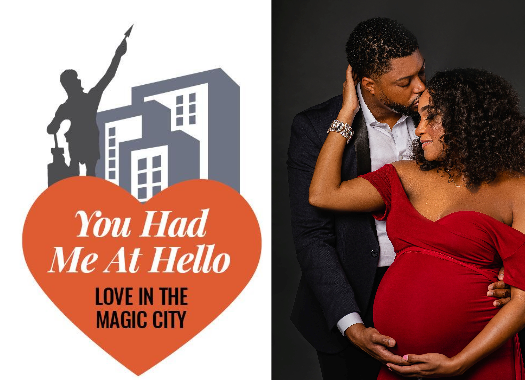 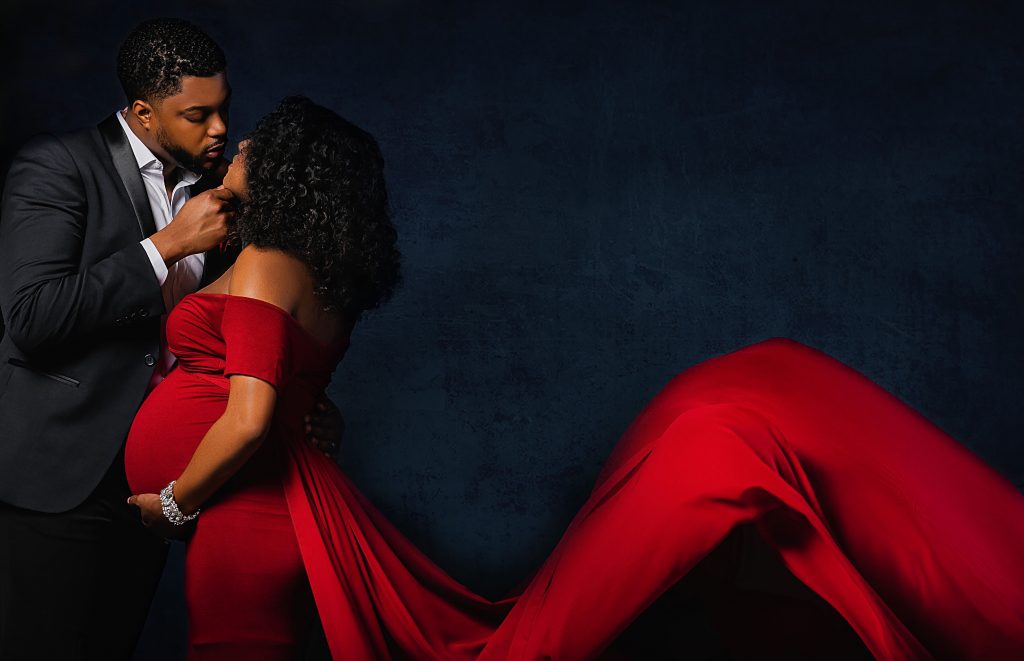 Met: In 2002 during sophomore orientation at Ramsay High School. LaToya remembered having butterflies “because he was so cute, but I knew my parents would not go for me talking to any boys, so I didn’t want to start a friendship and have the embarrassing conversation about not being able to give him my number because I can’t talk on the phone to boys,” LaToya said.

Henry remembers the same day and her entourage.

“I saw [LaToya] walk up and she was with her mom and I was thinking LaToya’s really pretty,” Henry said. “[She] played basketball, and we ended up having the same English class and became friends… [at one point] we were reading ‘The Scarlet Letter’ [by Nathaniel Hawthorne] in class and some days LaToya would be knocked out the whole time,” he laughed. “I got over her drowsiness… [I] used to catch her up on the story when she woke up.”

LaToya and Henry became friends for the rest of high school, but LaToya was focused on her future basketball career at Fort Valley State University in Georgia, and Henry focused on enrolling at the University of Alabama [UA]. They would reconnect on Facebook during their freshman year in college, and hung out each time both were home on break from school.

First date: Valentine’s Day 2009 at the Cheesecake Factory, at the Summit. Both were seniors at their respective universities. Latoya came home from Georgia for the occasion, and Henry drove from Tuscaloosa.

“It was amazing, it was the first time that I really got the chance to be treated like a lady,” she said. “I remember dressing up and wearing a nice dress, doing my hair and makeup, and I was still an athlete, so I didn’t do a lot of dressing up back then… He was such a gentleman, opening doors to the car and the restaurant, we held hands… After dinner, we drove back to Tuscaloosa, he had his own apartment, and he had it decorated with candles and rose petals. It was just the best Valentine’s Day ever, I’ll never forget it.”

Henry said he wanted to impress her and make her feel special.

“I knew that we were going back to Tuscaloosa, so I had to get all the decorations set up and her gifts [on display] before I left [for Birmingham] … When we got back to the apartment, I unlocked the door and let her walk in first to see all the rose petals and candles lit. One of my friends had come and lit the candles for me and left… She walked in and saw her dress and necklace on the bed. It was a special night.”

The proposal: Aug. 17, 2012 at the Summit following dinner at Fleming’s [on 280]. “We went for a walk through Saks Fifth Avenue, and when we got back in the car, I asked her to play a game of 21 Questions and put a blindfold on her,” Henry said. “And when I got to the last question, It was, ‘will you marry me?’ and I was down on one knee and she took the blindfold off and gasped for air. All of our friends and family were up there too.”

“… once we got into the car [leaving Saks] he said he had one more surprise and when he put the blindfold on, I was like ‘what are you trying to do?’ I was being really difficult…,” she laughed. “And, so he started asking me random questions in the car, and [to one of them] I said, ‘I don’t know what you like to eat because you eat everything’, [by that point they were out of the car] and I heard somebody laughing… And when he got me to the landing, he turned me around to face him and said ‘I have one more question for you, but you can take the blindfold off now’. And, I did, and it was really bright, and the first thing I saw was my mom and dad, who was crying. And I was [thinking] what are [my parents] doing here, and why do I see all my friends? And then I looked down at Henry on one knee, and I gasped and took three steps back and almost fell. I couldn’t even get the words out to say ‘yes’, I just shook my head, and then his aunt was like ‘we still ain’t heard you say yes, yet’, and I was like ‘Hell yeah!’”

The wedding: At More Than Conquerors Faith Church in 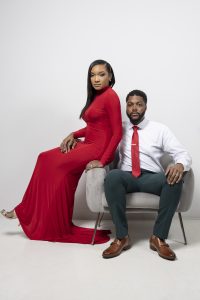 Birmingham, officiated by Pastor Steve Green. Their colors were burgundy, cream, and gold.

Most memorable for the bride was being serenaded by the groom as she walked down the aisle. “I remember looking at him and trying to focus on something else so I wouldn’t cry, and then his voice cracked and I couldn’t take it no more and started ugly crying,” LaToya said.

Most memorable for the groom was lighting the unity candle. “The wax had melted and all of it came running down my hand and burned me up to my forearm, and I had to keep a straight face,” Henry laughed. “And of course, serenading her down the aisle.”
The newlyweds honeymooned in St. Lucia at the Sandals Resort.
“We loved eating dinner on the beach every night and hearing the waves as they crashed against the shore,” Henry recalled.

Words of wisdom: “Put your pride aside and communicate.” Henry said. “Checking in with my wife and letting her know where I am and that I’m safe is not her keeping tabs on me, it’s me respecting her, and making sure she doesn’t have to worry. Every time you leave home, you’re not guaranteed to come back. So, it’s respect, and trying to relieve that stress for her. The way we overcome challenges is giving each other time and space before we dive into a disagreement. We acknowledge the issue, but we give ourselves some time to process the way the other person is thinking…”

LaToya said, “I learned in a negotiation workshop not to allow extended time to pass when we’re upset about something… so, we have the three day rule. If something has offended you, you have to speak on it within three days or you have to completely let it go. You need the time to process, but there will be times when the other person may have done something that offended you and doesn’t know it, so you have to speak up…but communication is basically the key.”

She added: “You literally have to put your pride down and remember that this is the person that you love and that they would not intentionally hurt you.

Happily ever after: The Mims have one daughter, Harper Leigh, who turned 1 on March 6.

LaToya, 32, is a Center Point native and Ramsay High School grad. She earned a Bachelor of Science degree in biology at Fort Valley State and works as a Customer Optimization Manager at Becton Dickinson, in Vestavia Hills.

Henry, 33, is a Forestdale native and Ramsay High School grad who attended the University of Alabama and earned a Bachelor of Science degree in commerce. He works as a Performance Consultant at Blue Cross and Blue Shield of Alabama.