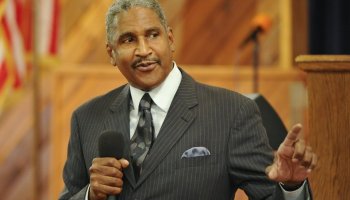 Michael Lundy is out as president/CEO of the Housing Authority of the Birmingham Division, pending the approval of a separation agreement, according to AL.com.

On Thursday, the HABD Board of Commissioners voted 3-1 to put Lundy on paid leave. Commissioner Anthony Hood voted no and commissioner D.G. Pantazis was absent, according to the website.

Board chair Cardell Davis said: “The HABD Board of Commissioners is committed to providing decent, safe and sanitary housing to our residents of public and subsidized housing. At this time we felt it was necessary to move HABD’s leadership in a different direction in order to meet our commitment to the residents.”

Other projects during Lundy’s term included work at more than a dozen HABD sites in the past four years such as proposed changes at Southtown Court on Birmingham’s Southside; Loveman Village in North Titusville; Tom Brown Village in North Avondale; Morton Simpson Homes in Kingston, and Farrington Apartments in the Center Point community.

But Lundy also came under fire last summer in the wake of the death of 4-year-old Jurnee Coleman, who was shot in the head on July 28, 2019, when a stray bullet entered her apartment at Mark Village public housing complex.

The HABD was widely criticized regarding the safety of the 5,000 families under its care in 14 public housing communities—particularly shootings.

In October, 3-year-old Kamille (Cupcake) McKinney was kidnapped from a children’s birthday party at Tom Brown Village. Ten days later, her body was found in a dumpster in a landfill. Two people have been charged with her murder.

In November, HABD reported that crime in its communities was down 7 percent over the previous three years.

The HABD has 4,737 public housing units and serves approximately 9,500 individuals.