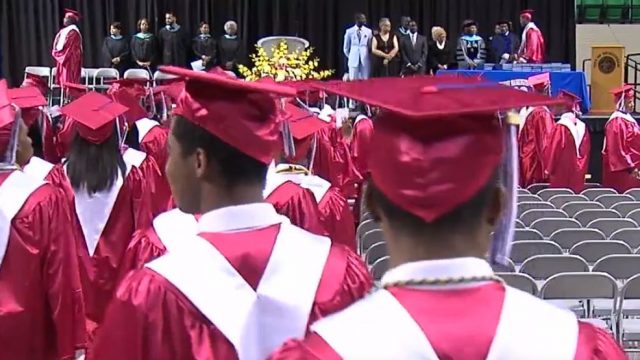 The Birmingham Board of Education will hold traditional, hold in-person high school graduation ceremonies for seniors the first week of June, the school system announced on Friday.

The system had planned to hold a “red carpet drive-through” ceremony at the stadium, but said it had “revamped” those plans.

The celebrations will likely take place between June 3 and June 5 at Legion Field. Final plans are still waiting approval by the Birmingham Parks and Recreation Board, which oversees Legion Field.

“In light of the guidelines released by the governor and with input from city officials and county health officials, we decided to revamp our graduation plan,” said Dr. Mark A. Sullivan, Interim Superintendent for Birmingham City Schools. “It is our sincere desire to provide the graduating class of 2020 with a safe and traditional celebration to honor their achievements. We also must remain cautious and enforce strict social distance guidelines to ensure protection of our scholars and their families.”

Tentative plans will allow each graduating senior to have five guests. Families will sit six feet apart, but families of the same household will be allowed to sit together. Everyone entering the stadium will be required to wear a face mask. Sanitation during and following each ceremony will take place.