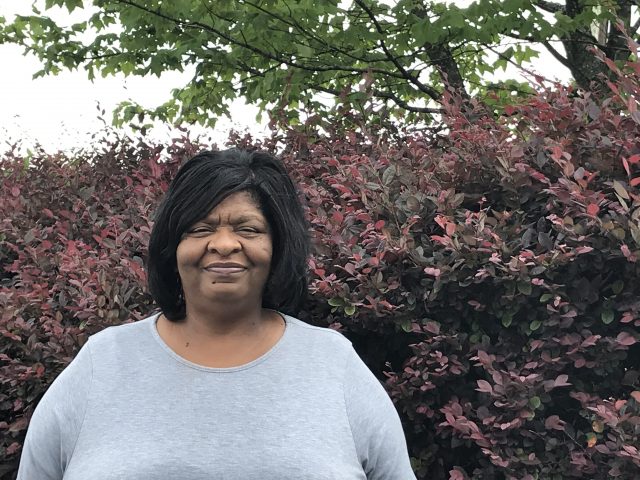 “That’s when my addiction went rampant, and then I lost a close friend,” she said in a recent interview. “I had a lot of unresolved grief, tons of guilt, tons of shame, and I got caught up in that vicious cycle of addiction.”

Butler, 55, is a recovering addict for the past 27 years. As coordinator for recovery resources at the Alabama Department of Mental Health, she has dedicated her life to giving those who are recovering “some hope and a chance,” she said.

“I want people to understand addiction and understand that people who are in active addiction are not bad people,” she added. “We’re just good people, and we can’t get better without the proper care.”

Butler grew up in Gadsden, Alabama, and was the youngest of five children. She went from being someone considered most likely to succeed to someone who smoked and sold drugs, someone convicted of crimes, someone who eventually dropped out of college.

“It was horrible,” she said. “I was stealing from my mom, selling dope. … My siblings were trying to take care of me and help me from California and everywhere else [they lived]. It was just a horrible addiction.”

Between 1983 and 1993, in the midst of her addiction, Butler gave birth to her two children, both of whom were raised by her mother in their early years because of Butler’s struggles—she had become “a menace to society.”

“I remember clearly a district attorney calling me that, and I don’t think it stuck with me that day,” she recalled about a court appearance on a distribution charge.

Butler estimates that she was in treatment about 15 times over that 10-year period, but she never found the right program.

As the youngest of five, Butler recalls pressure from her older siblings, who were already successful in life.

“People always talk about rivalries when [siblings] are two or three years apart, but try having siblings 18 years older than you and already successful [in corporate America] when you’re just 8 or 9 years old,” she said. “It was hard.”

Butler started smoking marijuana in high school, but nobody knew, she said: “I could be in the bathroom, and the principal would come in and just say, ‘Pam Butler, what are you doing in here?’ No one could fathom that I was probably the one that brought the weed because of my grades, involvement with [Student Government Association (SGA)], and [participation on the] volleyball, track, and swim teams.”

After graduating from high school in 1983, Butler attended Jacksonville State University, where she studied engineering—it’s also where she tried cocaine, which led to an addiction that lasted for a decade and frequent trips to treatment centers. As soon as she would get out of one program, she would go right back to using drugs.

In 1993, Butler found a treatment program that was a fit for her.

“My mental health was horrible, paranoia was horrible,” she said. “[I] was running from the police. I had become such a big mess that even people who got high didn’t want to be around me.”

“I was in there threatening people, and I remember there was a day that they were going to put me out, and I was so happy,” she said. “Fred Armstead, the [facility] director, saw a smile on my face and said, ‘Oh, my God! You want to get put out.’ He said I’d spent the first 15 days doing nothing, ‘so we’re going to see if you really do treatment now.’”

She was then assigned to a therapist, Pam Moore, and remembers, “It couldn’t have been nothing but God because I stopped being a horrible, defiant client. I started listening and finally completed treatment.”

Butler’s next stop was in 1993 at Birmingham Fellowship House, which provides residential treatment and transitional housing for adults dealing with addiction.

Butler enrolled at the University of Alabama at Birmingham (UAB) in 1998 and started working at a treatment center at UAB Hospital. She graduated with a degree in social work in 2000 and worked at both UAB and an Aletheia House as a substance abuse counselor.

Butler got her daughter and son, then 8 and 6, respectively, from her mother and spent more than a decade working at UAB, mostly as a substance abuse counselor at the treatment center at UAB Hospital. She applied and was interviewed for a job with the state mental health department and was hired in 2013.

Butler remembers being pointed in the right direction by Sarah Harkless, director of substance abuse treatment and development at the Alabama Department of Mental Health.

“She started me on educating the community and helping providers switch to a more recovery-oriented system of care that is more client-centered and has a less-confrontational focus,” said Butler, who began as “an army of one,” traveling across the state to educate communities on addiction and recovery and to help different counties with recovery resources.

As coordinator of recovery resources, Butler ensures that recovering addicts have what they need to become healthy.

“I feel privileged that God trusted a wretch like me with His other wretches,” she said. “I’m committed to this because they are me. I still see me in [them], even with 27 years of recovery. I told God, ‘The day I can’t see me in these people and the day I don’t go all the way to the end to try to help them, I don’t need to do this anymore.’ I just feel privileged to be able to help people.”

Anyone struggling with substance abuse addiction can call 844-307-1760—the 24-hour helpline at Recovery Organization of Support Specialists (ROSS), an agency with the Alabama Department of Mental Health. 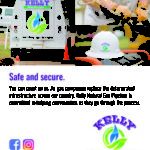 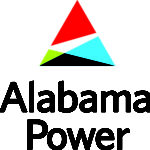