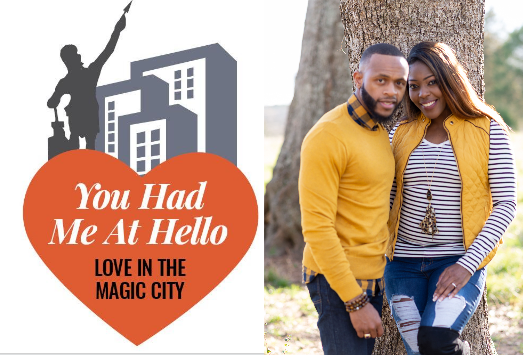 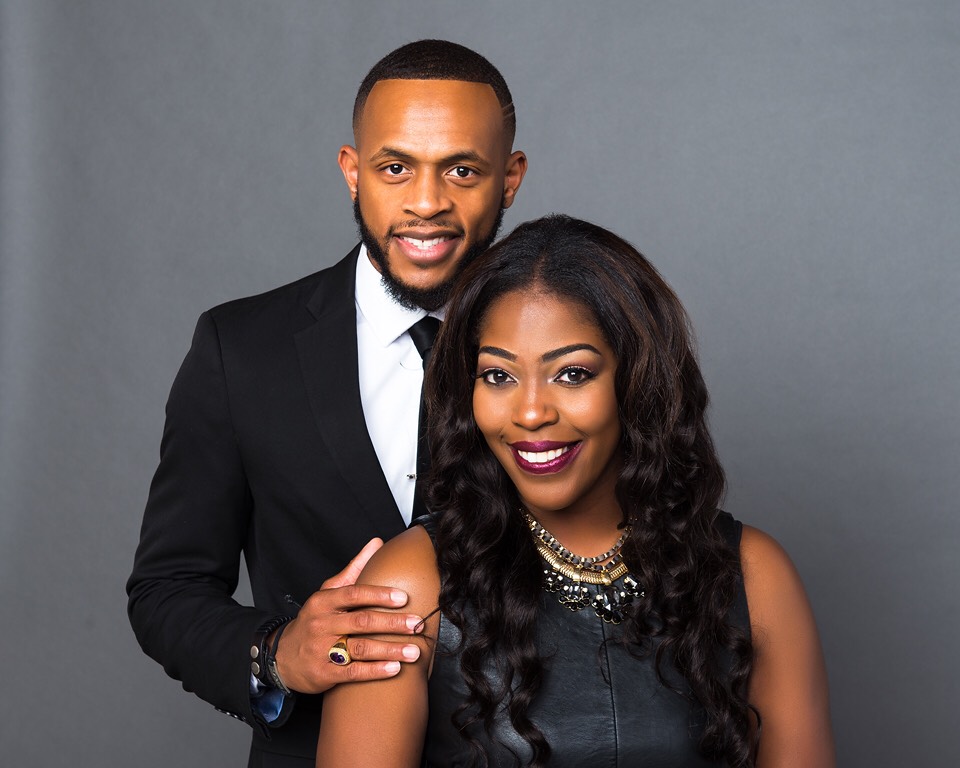 Met: Early summer 2005 in Birmingham, while working on a gospel album. April was a member of The Southern Women of Gospel and Sylvester was their producer.

“Tionne put a bug in my ear and told me that he liked me, but I was [disinterested] because he was a church boy, I was a preacher’s kid and he was a pastor,” she laughed, “I was not interested. But one night I was riding with [Tionne after rehearsal] to get gas, and while I’m waiting in the car, Sylvester comes from out of nowhere and jumps in the driver’s seat and we exchanged phone numbers and it [started] from there,” said April.

Sylvester put it this way: “April definitely wanted me. Leaving rehearsal that night, Tionne called me and told me they were stopping at a gas station and asked me if I wanted to come through to try and talk to April. That was my opportunity…the next night we talked on the phone all night into the morning.”

First date: January 2007, at O’Charley’s in Prattville, Ala. April lived in Selma (her hometown), and Sylvester lived in Calera.

Underneath the table she put her foot on my thigh, and I knew from there it [the date] was going to be quite interesting,” Sylvester said. “We had a good time laughing and getting to know each other…”

April has a slightly different recollection. “I did not put my foot on him under the table, I’m much too ladylike for that, and would never have been that forward,” she said. “But, I was really excited to go and meet him because we lived in different cities so we spent a lot of time on the phone . . . we’d talk every night on the phone into the wee hours of the morning until one of us fell asleep…”

Seeing Sylvester in person was a nice change, April said.

The turn: In April of 2007. “After that first date, we started seeing each other often,” April said, “he would get off work and drive to Selma to see me two-three times a week, and I’d drive to Calera like once every other week. We made it work. He was really attentive…”

Sylvester said that he was looking for his first lady and April was the one.

“… being a pastor, I didn’t want to just keep hanging out there [single], I was looking. I had a list, and April fit the bill: accomplished, smart, sexy, loved the Lord, poised… We really developed a lot of chemistry, and God had told me that [2007] would be my year [to get married], and I told her God told me that you were my wife and she flat out told me no He didn’t,” Sylvester laughed. “While I grew on her with my patience and persistence, I fell in love with her.”

The proposal: June 2007, at his church’s youth conference at Montevallo Middle School.

“I had ordered the ring…I had my grandmother, who raised me, a few close friends, and her parents come into town for the conference and to be there for the proposal…,” Sylvester said. “After the conference was over, I led her around to the band room and got down on one knee and proposed, and she said ‘yes.’”

April recalled: “. . . everyone was waiting on the other side to see what I had said, and I’m a private person, so I came back in like nothing happened,” she laughed. “But then everyone started asking me “what’d you say what’d you say’, so I told them I said ‘yes’ and it was a big celebration.”

“I wasn’t surprised that he proposed, I knew it was coming, but I was very excited to marry him because I knew that he loved me with everything in him, and I knew he was a good man, he had shown me those qualities,” April said.

Most memorable for the bride was forgetting the song for her entrance “I drew a blank, I forgot the song, and the musician kept giving me the key and the cue to do it, and I couldn’t think of the lyrics, how the song went, nothing,” April laughed, “it took me a few moments to gather myself and finally start the song.  Oh, and, I was so embarrassed when my dad said you may kiss the bride because [Sylvester] really went all in, in front of all those people! At first I gave him a little peck, and that was enough for me, but then my daddy said ‘uh-huh’, and made him kiss me again, and that’s when he went all in, I was so embarrassed because I am such a lady,” April said.

Most memorable for the groom was his bride’s sweet serenade as she walked down the aisle to him. “…she was so beautiful and she sang to me as she was coming to the altar, and it choked me up because it was a surprise, no one knew that she was going to sing except the wedding planner [Tionne Cohill] and the musicians… She sang the song that Brian McKnight sang on [the television show] Martin when he proposed to Gina, ‘Never Felt This Way’,” Sylvester said.

They honeymooned in Florida at Walt Disney World.

“We went to the Holy Land Bible Experience, it felt like we were really in Israel. That was our favorite part. It’s like walking through the Bible” they said.

“It’s ok to be busy, but be intentional with each other… And, water your own grass. Don’t be so busy looking over the fence at your neighbor’s grass. Water you own, and what you feed will eventually feed you. It’s easy to look at what others have and wish you had it, but you need to look at your own house..”

April said it’s important to always maintain “a united front, even if we do have a disagreement I don’t get on the phone and call my mom, what goes on in our house stays in our house. Even in front of the kids. It doesn’t matter if we disagree about discipline or how we should make decisions about the children, they don’t know that. What one says is what we both say in front of them.

“Always communicate . . . and have lots of [intimacy]. Your body is not your own once you get married and the door should always be open, I don’t say no… If I got a headache, I got a Tylenol in my purse,” she laughed.

April, 36, is a Selma native and Selma High School grad. She attended the University of Alabama at Birmingham [UAB] where she earned a master’s degree in public administration. She works at Montevallo Middle School as a bookkeeper who owns the ‘With Grace Charm and Etiquette School’ Inc. in Montevallo.

Sylvester, 36, is a Calera native and Calera High School grad. He attended Virginia College in Birmingham, where he earned an associates’ degree in computer aided drafting. He is a full-time Pastor at Unity Christian Center in Alabaster.