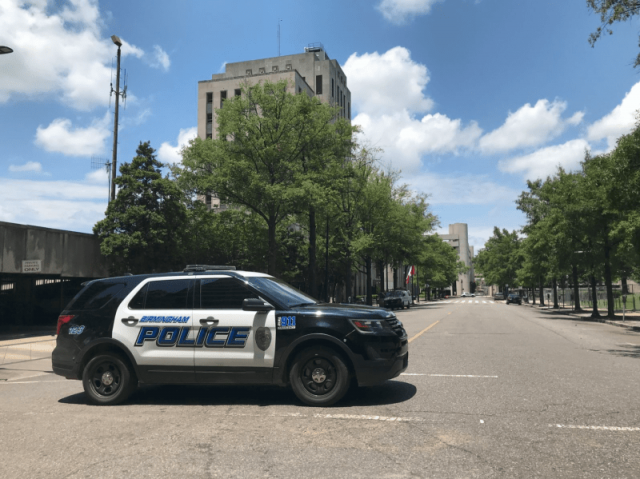 The City of Birmingham will not prosecute anyone solely arrested for curfew violations and other minor charges from June 1 through June 7 during the height of the downtown demonstrations, according to the Office of the City Attorney on Wednesday.

Anyone who faces additional charges and who damaged property will still face the law, according to the city.

The curfew was imposed after a May 31 demonstration at Linn Park in downtown Birmingham to protest the death of George Floyd, an African-American man killed by police in Minneapolis. Protesters then moved into the city’s downtown area, setting fires and breaking out windows of local businesses.

“We support protesters in their First Amendment rights,” City Attorney Nicole King said. “We recognize that there is a need to strike a balance between peaceful protesters and those that entered the City of Birmingham to cause civil unrest. The city will not tolerate the destruction and violent behavior that took take.”

By not prosecuting those arrested for curfew violations and failure to disperse there may be “an opportunity for conversation between the community, law enforcement, and the city so that we can all listen and learn from the experience,” King said.

More than 70 people were arrested between June 1 and June 7 for charges related to failure to disperse, curfew violations and disorderly conduct. Of those arrested, 27 were Birmingham residents whose cases will not be prosecuted.