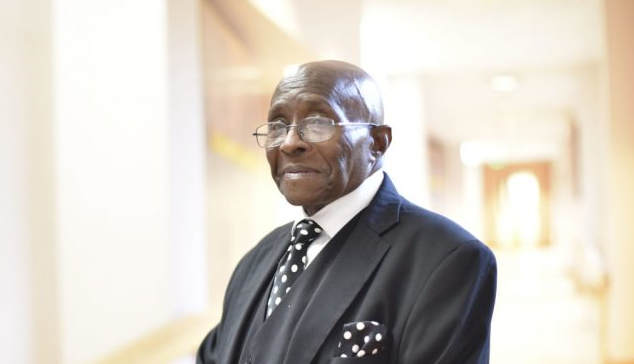 During the mayhem, 24 people were arrested, 14 businesses were burglarized, 12 businesses sustained significant damage, and 22 fire calls, five of which were commercial, drew response from Birmingham Fire and Rescue, the city said.

Though most of the protests in response to the death of George Floyd—a black man killed by police in Minneapolis—have been peaceful, looting and violence have become a large part of the narrative. That kind of widespread destruction of property never happened during the 1963 Civil Rights Movement, said those who participated. And there was a reason.

“We were a people of prayer. We were led by people who believed in prayer. We would never go out on a march without prayer,” said 86-year-old Bishop Calvin Woods, president of the Southern Christian Leadership Conference and pastor of Shiloh Baptist Church. “We had proper teaching. [We were told], … ‘If anybody hits you, don’t hit back. If anybody curses you, don’t curse back. If you can’t do that, don’t get in the march.’”

To get anything accomplished, the children had to be disciplined, 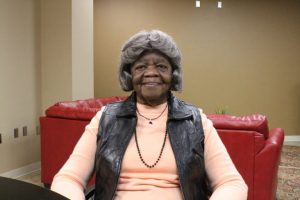 said Doris Gary, 87, who participated in the marches of the 1960s and lived in Collegeville when the Rev. Fred L. Shuttlesworth was pastor of historic Bethel Baptist Church. The young demonstrators had to sign a pledge before marching, she explained.

“You would agree to all the rules that they had set up for you to comply with,” Gary said. “If you couldn’t comply with those rules they said, ‘We don’t need you because you can’t get anything accomplished. It has to be orderly, and it has to be organized.’”

Those organized marches helped lead to the Civil Rights Act of 1964, which outlawed employment discrimination due to race, color, sex, religion, or national origin, and the Voting Rights Act of 1965, which eliminated the use of literacy tests as a voting requirement. 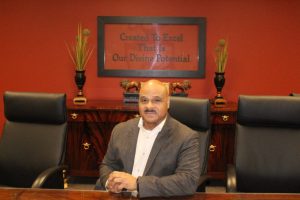 Bishop Jim Lowe, senior pastor of Guiding Light Church, is a survivor the 1963 Sixteenth Street Baptist Church bombing. He was 11 years old at the time and sustained cuts from flying debris that struck his back and arms. Lowe said he wants to see some follow-through from today’s marches.

“The Rev. Dr. Martin Luther King didn’t just stop at marching, protesting. He sat down with the politicians, he found the right politicians, … then he lobbied the legislators and the Congress to make it happen,” Lowe said. “We don’t do any of that stuff. We say, ‘I’m mad, let me burn something, let me tear something up.’ Once [they’ve] done it, [they’ve] exacerbated [their] condition, and nothing further is done to improve the condition.

Gary said, demonstrating is “nothing to play with.”

“You have to have a deep purpose in what you are doing,” she said. “You can see that [many] of these protests are not organized. You have to have the desire to accomplish the mission because it’s not an easy task.

“We would meet at Sixteenth Street Baptist Church [downtown Birmingham], we would have seven groups of protesters, and we would have a leader over each set of protesters. … They would have the plans, instructions, and directions on what you were supposed to do.”

Nonviolence was “indoctrinated” into the children, Gary said.

“We were trying to accomplish something,” she said. “[We were told], ‘You can’t fight back. You can’t do things that will defeat the purpose.’ [You had to be] willing to sacrifice your time and maybe your life because during that time they were killing people who were just driving to register to vote. … You had to have that desire and that urgency that you wanted things to change and you were willing to do whatever had to be done to accomplish the mission.”

The Rev. Gwen Cook Webb, 70, a child marcher and Civil Rights activist, remembered some of the lessons taught by the movement’s leaders, including the Rev. James Luther Bevel, who said, “If you can’t be nonviolent, then the movement is not for you. You can’t be part of this movement.”

Webb said, “Violence is not the way. The only thing you get from 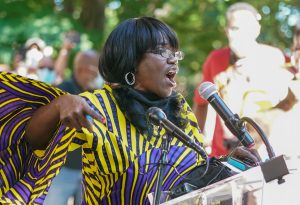 violence is some dead people and some jail time. You get no positive results at all. We can’t tear up what we have had to build up.”

The killing of Floyd by police last week sparked protests globally and resulted in lootings and clashes between demonstrators and police. There were also cases of police using excessive force on peaceful protesters.

Woods said he’s understands the urge to retaliate once attacked, but “I’m not a proponent of violence,” he said.

“We fought for many years against violence,” Woods added. “That’s what injustice is—violence, whether it’s physical or mental.”

Woods said he was hurt to see protesters break windows and burn businesses, some of which were black-owned.
“I wouldn’t want them to knock anybody’s windows out,” he said. “Poor black folks struggle, and we’ve come so far trying to get to where we are. It was just like being enemies of what we are fighting for. … Some of them felt like they were doing the right thing, but that’s not my philosophy.”

“We learned to reach out to the other community and pull in some whites who came in, and we developed a theme song, ‘We Shall Overcome.’ … One verse in that song said, ‘We’ll walk hand in hand.’ A few whites began to come in and work with us. … It’s going to take all of us working together, blacks and whites.”

That brings up another song, Woods said, that provided a sense of strength for the marchers—“Ain’t Gonna Let Nobody Turn Me Around,” particularly the lines “I’m gonna keep on a walkin’/Keep on a talkin’/Walkin’ into freedom land.”

“We can’t give up just because the storm begins to rage; you’ve got to go through because … Jesus, the Master of the storm, has stopped many storms,” he said. “We didn’t see our way, but we saw Him, we watched Him because we knew justice was the right thing to have—and we pressed on.”

He added, “We faced a lot of violence. We faced being beaten. We faced dogs. We faced being put in jail. We faced being killed. We were fired off our jobs. We saw houses, churches get bombed. … But because of our spiritual commitment, we believed, whatever we faced, that God would see us through.”