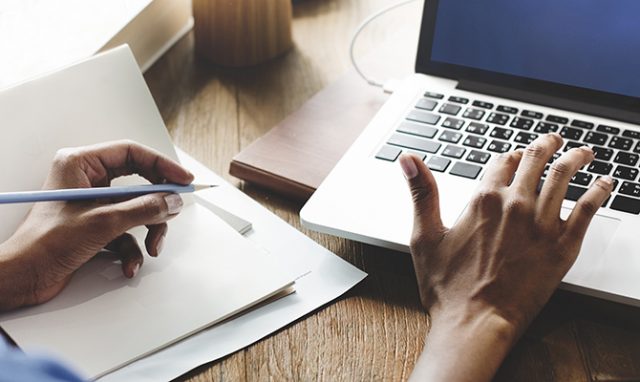 When colleges and universities across the country shifted from in-person teaching to remote learning, Skylar Summers, an English major with a double minor in film and Chinese at the University of Alabama at Birmingham, learned how tricky distance learning

Visiting the school’s media lab was a must for her film projects since that was where she could access top-grade editing software. A pristine final product was important, but the campus shutdown dimmed the spotlight on her ambitions.

“I didn’t have the same equipment that I’m used to or any light kits or access to any giant computers like in the media lab to edit on. And there was even a little catastrophe with my laptop not wanting to process the editing software that I’m used to. That was the most drastic shift.”

As a passionate film student and mentor for international students on her campus, she felt compelled to use her talents to send a bigger message during the pandemic. She used her cinematography skills to create a short documentary highlighting one of the mentee’s troubles with xenophobia perpetuated by COVID-19 hysteria.

Learning to manage her time was something Summers had to deal with while remote learning. Misinterpreting being at home to mean “more time in the day” left her scrambling to complete assignments before the due date. She noted that she would be less compelled to attend school if her university chose to become remote-learning exclusive for the upcoming semesters. Looking forward to her graduation in the next two years keeps her hopeful that life will change for the better with time.

Summers has been trying to keep her sanity by chatting with friends and immunocompromised relatives using social media on top of having a daily schedule.

“[I’m] just staying as social as possible, trying to have a routine, getting things done, going outside for walks in my neighborhood while still keeping a distance.”

She felt she gave the semester her all, applauding her professors for doing their absolute best work to make classes online-accessible.

A pass/fail grading system was made available by most universities for all applicable courses. This was instituted ostensibly to keep GPAs from plummeting for some students whose marks may have been on the borderline. This option, though helpful, has some worried how a “pass” on their transcript would appear to potential graduate schools and employers in the future. But it may have helped other students who were near graduation win their degrees.

Lydia Rodriguez of Miles College was one of many who threw an in-home commencement for a more intimate celebration with loved ones.

Rodriguez, a student in social work, dealt with her disappointment of not having an actual graduation by having her own via Zoom on May 2, the day she was set to graduate. She created a slideshow of all her college photos, freshman year to senior year, seeing it as a symbolic visual of her educational accomplishments.

Rodriguez wanted to do right by her parents. A first-generation college graduate, the energy she put towards her education was meant to validate the sacrifices her mother and father made.

“I was really excited to walk across that stage…to give them the satisfaction of actually watching their child walk,” she said. “I think I am more upset for them not being able to experience that with me.”

Rodriguez had become accustomed to having an online course load two years prior to COVID-19 since many of her classes were virtual. Confinement to her apartment day-after-day chipped away at any motivation she had left. She changed the scenery of her makeshift study space a few times to correct the issue of being distracted by the little things found in her home.

“I had to move my desk three times. At one point, I even put the desk on my porch outside on the patio just to switch it up because…I wasn’t able to just sit down and do my work. But I still got things done on time!”

Rodriguez, who obtained a bachelor’s degree in social work, still has worries about the job market.

“You can work in some places, but they hire people who [are licensed clinical social workers].” Rodriguez said. “You can’t really get any job experience right now.”

Blackburn is grateful she has an employment opportunity in place for the future. Blackburn has held many high positions while in school from being the president of her Alpha Kappa Alpha Sorority, Incorporated chapter to her involvement with student government, experiences she feels helped make her college career.

Blackburn’s commencement was postponed until August to ensure that graduates had a true celebration of their achievements. This did not stop friends, family, sorority sisters, and other loved ones from throwing her a surprise commencement parade.

“It was really nice to see people come by my house and show their support even though I wasn’t physically able to hug them and thank them [because of social distancing] closer than just standing on the curb of my driveway,” she said. “So many people showed me support and celebrated my graduation.”