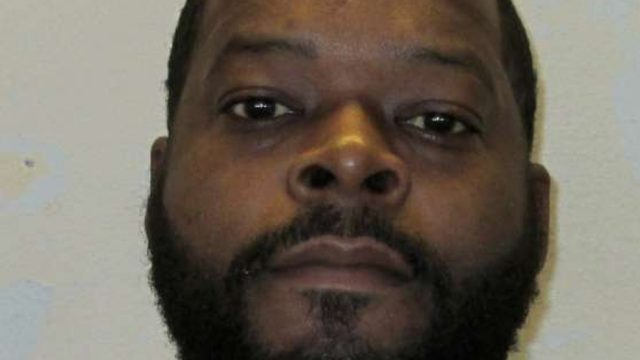 JEFFERSON COUNTY, Ala. (WBRC) – Jefferson County District Attorney Danny Carr filed an extraordinary legal pleading Friday in the high-profile capital murder case of Toforest Johnson, urging the Court to set aside Johnson’s conviction and order a new trial. Citing a number of factors, Carr wrote that his “duty to seek justice requires intervention in this case.” Carr’s request for a new trial was joined by the original prosecutor who obtained Johnson’s conviction.

Johnson was convicted and sentenced to death in 1998 in Birmingham for the murder of Deputy Sheriff William G. Hardy, a crime he has always maintained he did not commit. At trial, the State’s only evidence implicating Johnson was testimony from Violet Ellison, a woman who claimed she overheard someone who identified himself as “Toforest” confess to the murder on a three-way jail telephone call. Ellison had never met Johnson, and had never heard his voice.

At a June 2019 hearing in Jefferson County Circuit Court, attorneys for Johnson presented newly-discovered evidence that the State paid Ellison $5,000 for her testimony, a fact that prosecutors had failed to disclose to Johnson’s trial attorneys. But Judge Teresa Pulliam denied Johnson’s request for a new trial in March. His appeal is currently pending in the Alabama Court of Criminal Appeals.

Carr, who has previously declined to discuss the case publicly, filed a “friend of the court” brief in Judge Pulliam’s court Friday stating that “in the interest of justice,” Johnson should be granted a new trial. Carr’s office spent almost nine months reviewing the case files, interviewing witnesses, and consulting with the family of Deputy Hardy.

Carr identified a number of concerns about Johnson’s conviction, including that prosecutors in various court proceedings “presented as many as five different theories relative to who shot Deputy Hardy.” Carr also emphasized that alibi witnesses who never testified at Johnson’s trial remembered seeing Johnson across town at the time Deputy Hardy was killed.

Perhaps most significantly, Carr wrote that he had spoken with the lead trial prosecutor at Johnson’s trial, who “expressed concerns about this case” and supported the request for a new trial. According to court filings, the lead prosecutor, Jeff Wallace, had earlier told lawyers on both sides of the case that he had “grave doubts” about Johnson’s guilt. Wallace also testified in Judge Pulliam’s court in 2014 that he did not think the case against Johnson was very strong because it was based only on Ellison’s word.

Carr noted that he sought to intervene in the case now because of his “duty to the Court and the people of Jefferson County,” recognizing that “a prosecutor’s duty is not merely to secure convictions, but to seek justice.”

With the case pending on appeal in the Court of Criminal Appeals, the State is now represented by Attorney General Steve Marshall.

“I would like to thank DA Carr for his recognition that he has no debts to pay to corrupt criminal justice system practices of the past – and no more so than now, when we have a human life, the life of Toforest Johnson, on the line,” said Scott Douglas, the Executive Director of Greater Birmingham Ministries.

“Toforest never got a fair trial. As Dr. King said, ‘it is always the right time to do right.’”

“We are truly thankful, and although this is a step in the right direction, we plan on pressing on until my father returns home,” Poole said.

“The Jefferson County Office of the District Attorney stood up for justice today,” said Ty Alper, one of Johnson’s attorneys. “District Attorney Danny Carr personally led an objective and thorough review of this case. We are very grateful to him, and we certainly agree with his conclusion that Mr. Johnson deserves a new trial in light of the evidence.”