Being called to provide leadership and a voice is nothing new for Ken Gordon, co-host of the “Commitments with Ken + Leslie” radio talk show, along with his wife, Leslie.

During his junior year at The Citadel: The Military College of South Carolina, he was serving as president of the Afro American Society when five whites dressed up as Ku Klux Klan (KKK) members went to the room of a black freshman and burned a cross.

“I became [the black student body’s] voice,” Gordon said. “Everyone turned to me and asked, ‘What are we going to do about it? How are you going to address it?’”

“I led a march on campus, [and] we did peaceful protests. … At a military academy, that’s just unheard of,” Gordon said of the 1987 incident.

His efforts led to meetings with the Rev. Jesse L. Jackson, as well as U.S. Rep. James “Jim” Clyburn (D-South Carolina), currently the Majority Whip and third-ranking Democrat in the House of Representatives, who owned a Charleston, South Carolina, newspaper at the time.

“I got to know them well and got to work closely with them,” said Gordon, 53, pastor of the House of Light Church in downtown Birmingham.

Gordon has had enough life experiences to prepare him for both radio and the pulpit. He served as an elected official in Willingboro, New Jersey, for six years, one year as deputy mayor; has been divorced twice; and survived the death of his second wife, who died from acquired immune deficiency syndrome (AIDS) nearly a year into their marriage.

His life has been one of surviving deception, heartbreak, and politics—but also leadership, healing, forgiveness, and a unique calling of service from God. 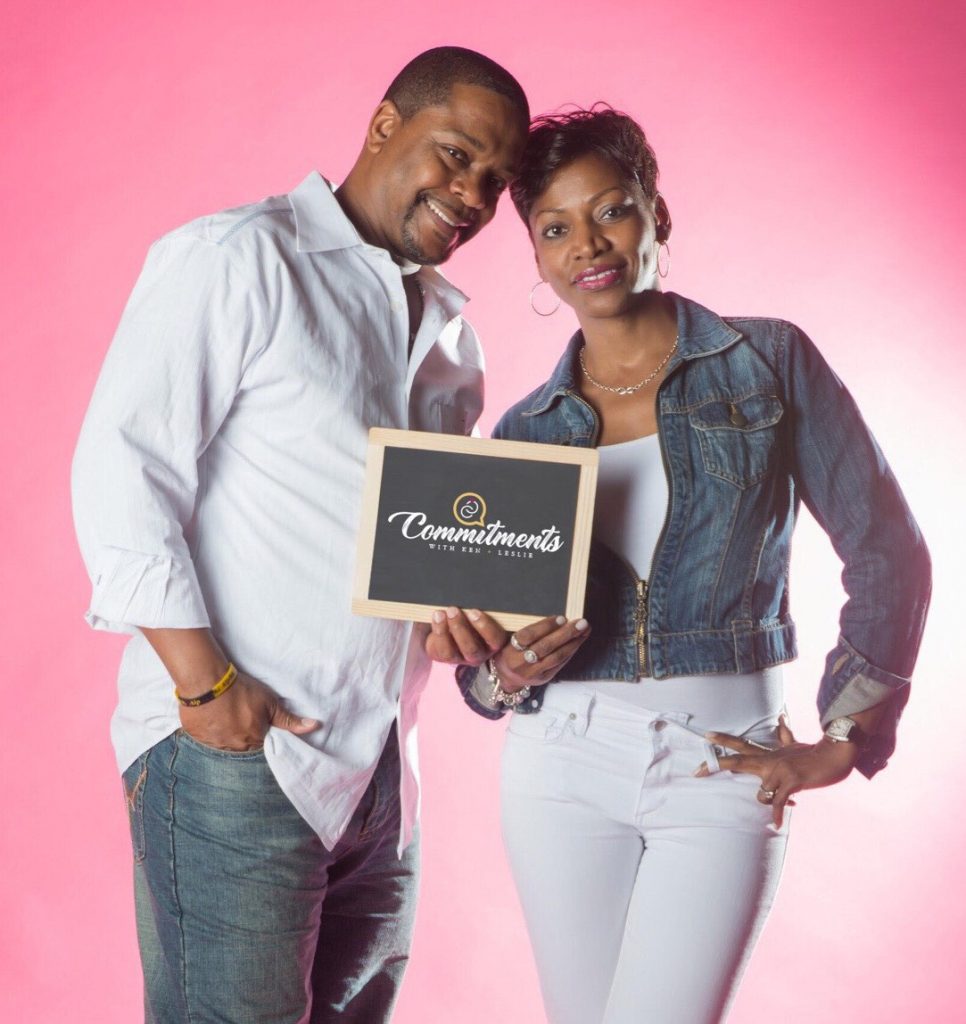 A lot of what Gordon has experienced is covered on the “Commitments with Ken + Leslie” show, which airs every Sunday, from 5 to 7 p.m. on the Crawford Broadcasting Company’s WXJC-FM (101.1 FM and 850 AM). He and his wife, Leslie, also offer counseling services, specializing in divorce recovery, one-on-one, and premarital sessions.

“I include Leslie in my counseling sessions because you need that feminine touch, and that’s a very different thing,” Gordon said.

“We have a relationship-oriented show that’s being done by a husband-and-wife team who are both divorcees. You can feel our chemistry when you listen to our show—it provides humor; we make people laugh and also give great information. … You have two people who have been there and done that.

“You don’t have us sit on [the show] every week talking about how great our marriage is or how wonderful things are. Every single week, we feature guests from all over the country. They are people who have written books, published articles, and are subject matter experts; we have therapists and really intriguing guests. … It’s a large identifier for us.”

One topic the co-hosts don’t shy away from is divorce.

“Divorce is a topic that people are afraid to talk about,” Gordon said. “The churches don’t really want to deal with it, and people walk around with this big red ‘D’ on their chests. We wanted to develop a ministry that helped people who were in that predicament understand what normal looks like.

“People go through [divorce] and don’t really understand how they’re supposed to feel, react, or respond. So, the genesis of [the show] was to deal with relationships but very specifically to provide hope for people who were going through divorce or have been divorced, to provide healing for them.

“[Make no mistake], … we don’t seek to persuade anyone to do anything, and we are huge marriage advocates. We are not divorce preachers; we believe in the institution of marriage.”

Gordon is well-versed in relationships.

“I have been married four times,” he said. “The first [marriage] ended in an annulment after six months in 1991. My second wife had AIDS and passed away on June 2, 1995. No, I was not aware she had it when we married or while we were married; she never told me. My third [marriage], which ended in divorce in 2010 after 16 years, produced my two biological children, Kenneth III and Cidnee. Leslie, my fourth wife, [has two children, Craig and Christopher]; she and I were married in 2014.”

He titled his book, published in 2017, “Divorced but Still Dad: The Faith Principles of Fatherhood for Divorced Men.” His experiences “are what inform my commentary and understanding of relationships,” he said.

Gordon was severely traumatized by his second wife’s death from AIDS.

“I was angry. I was bitter. I was mad at God. I was mad at the world. I could not understand why she would give me a death sentence,” he said. “Before marrying her, we were in a monogamous relationship for two and a half years. When we would sleep together, I did not use condoms because she was the only person with whom I was sleeping.

Gordon recalls that his older sister came by his house, “grabbed me by the scruff of my collar, and told me, ‘You need to wake up. You can’t die because she died.’ … That really woke me up.”

From there, intense therapy sessions ensued.

“I started processing what had gone on. I went back to God and, between therapy and repairing my relationship with Christ, I was able to move forward with my life,” Gordon said.

As he began to heal, Gordon said he underwent periodic testing for AIDS and human immunodeficiency virus (HIV).

“I’m HIV negative. I’ve never been HIV positive,” he said. “At the time when all of that happened, I was working in the medical laboratory industry, so I had a customer who was a laboratory. When they found out about what happened, they volunteered to do testing on me. They tested me every three months for two years. … From that point all the way up to now, I am HIV negative.”

Gordon was born outside of Sacramento, California; he has two sisters, one 15 months his senior and one nine years his junior. As one of three children, the middle child and the only boy, growing up in a home with a father who was a contract officer in the U.S. Air Force, whose career spanned 20 years, and a preacher undoubtedly shaped who Gordon is as a person.

“I was literally in church six days a week,” said Gordon.

Gordon got his first taste of politics at The Citadel, where he earned a Bachelor of Arts degree in International Law and Military Affairs. He became secretary of the Afro American Society during his sophomore year, before going on to lead the organization.

“At that time, when I became the president, it was more of a social organization, but my vision was to make it a political, community activist organization,” he said.

The incident with white males dressed as KKK members made both national and international news: “It made front-page news in Russia,” he said.

As a result, Gordon said, from the time he graduated college, in every city he’s ever lived he would become involved in the Human Relations Commission, the Urban League, or the National Association for the Advancement of Colored People (NAACP).

Gordon started his ministry in 1994 at the Tower of Deliverance Church, in Richmond, Virginia.

“I was a young minister in a church that had a radio broadcast,” he said. “I was assigned the responsibility of coordinating the show and making sure the evening show in our church was taken care of. That was when I learned to love radio. It was something I really enjoyed quite a bit. I did that for four years.”

In 2008, while living in New Jersey, Gordon got another shot at radio and started a show called “Radio Blogs with Ken Gordon.”

“It went over really well,” he said. “I did that for two years. We dealt with a number of community-based issues, none of them political and none of them religious. The experience for me was wonderful; it clicked with my personality and who I was.”

Gordon and Leslie met in 2014 and had a quick courtship.

Gordon and Leslie met via the online dating service Match.com.

In May of that year, he asked her to marry him; they became husband and wife in September.

In 2017, the couple arrived in Birmingham from Willingboro, New Jersey, for Gordon to take a position as vice president of global sales and marketing at a biotechnology company. In May 2018, they opened the House of Light Church in downtown Birmingham and began their radio show, counseling services, and community outreach. Before the COVID-19 pandemic, their church services were held at the Dannon Project (2324 5th Ave. N., Birmingham, AL 35203); when services reconvene, they will begin holding Sunday service at Jazzi’s on 3rd Music Gallery (1725 3rd Ave. N., Birmingham, AL 35203).

The couple’s relationship continues to grow in their personal and professional lives, Gordon said.

“You can feel our chemistry when you listen to our show—it provides humor; we make people laugh and also give great information. … You have two people, [Ken and Leslie], who have been there and done that, and have been down that road of pain,” Gordon said, adding that his wife is a great co-host.

“I think everybody knows and appreciates the fact that, when it comes to relationships, women have a perspective, a commitment, and a view that is far more in depth, informed, and emotional than what men have,” he said. “How can you do a show about marriage, divorce, dating, your relationship with God, and your children without having a woman’s perspective? Frankly, without my wife there wouldn’t even be a show. Not only is she my inspiration, but we’re living in a society now where people want to hear from women.

“She brings candor, truth, and realness to the show—and that’s what people want to hear. [Listeners] don’t want to hear a guy who’s been in radio for 20 years pontificate about issues that are going on today; they want to hear from someone whose views are fresh, real, and mirror theirs. That’s what [Leslie] brings to the show.” 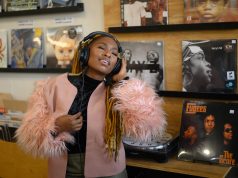