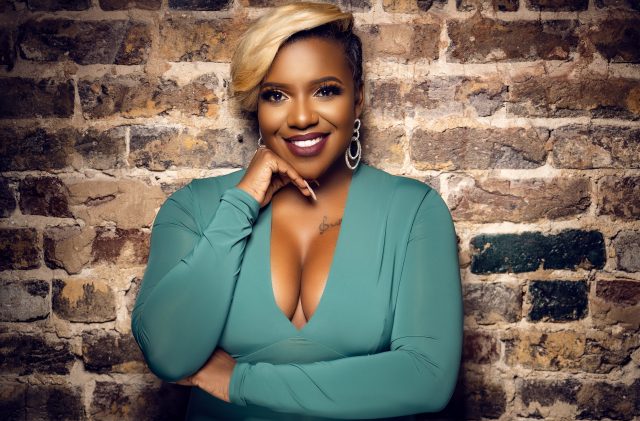 What Sherri Brown misses most about entertaining since the onset of COVID-19 has nothing to do with the pay.

“Money isn’t everything,” she said. “That live-show energy is like no other. What’s been hardest for me to handle with all the social distancing guidelines is not having the element of live performance. That feeling of being live on stage, when the crowd is packed full of people singing with you kinda molds you and pushes you to do what you do better.”

Brown’s summer performance schedule was shaping up to be “lit.”

“From gigs with my band, Precision Grooves, the bookings were coming nonstop,” said the University of Alabama grad. “There were some other collabs coming my way, too, with Alvin Garrett and Just A Few Cats. … The harvest was going to be plentiful. But as fast as they were booked is as fast as they were canceled when COVID-19 reared its ugly head.”

The R&B singer, who sang backup vocals from 2006 to 2010 for “American Idol” winner, Grammy Award nominee, and Birmingham native Ruben Studdard, said she, like most other entertainers, is at the mercy of the pandemic.

“I don’t have an option to do what I love. [Performing live is] completely shut down,” said Brown. “I dropped a single titled ‘Invitation’ on April 30. I had plans to perform and promote that single everywhere I could, but [the pandemic] really put a damper on that.”

“Invitation” is available on music-streaming apps, including iTunes, Spotify, and Tidal.

Thanks to virtual performances, Brown has been able to salvage some of her plans and still gain exposure.

“The ‘V Session’ was great,” Brown said of a virtual performance with radio station V94.9 (WATV-FM) on April 30, the day she released her single. “The response to my single has been awesome, and people are still looking for more music from me.”

In May, Brown did a virtual concert with Precision Grooves on Facebook Live in celebration of her 36th birthday. The show, hashtagged #SherriBrownLockdownLounge, garnered more than 7,600 views, 145 shares, and more than a thousand comments.

It also helps that she has bandmates who are familiar with the technology and benefits of virtual performances.

“It’s evolving, and we’re still trying to figure things out,” said the Gardendale High School grad. “Everyone is helping everybody when it comes to different tools to use, what tools you need to use to make sure your sound comes through as flawlessly through the TV and computer as it would in person.”

It’s all about using innovation to reach the widest possible audience.

“We’ve had to come up with new ways to make sure people are entertained when we do cover music—whether they’re 8 years old or 80. Especially with virtual performances being wide ranging [in age], we have to make sure we’re keeping things respectful because now my mama is watching and so is my dad, who’s a preacher. I’m making sure my song choices are respectful, even though I’m trying to be this ‘great entertainer,’” said Brown, whose father, Dennis L. Brown, is pastor of the West End Hills Missionary Baptist Church.

Earnings from virtual performances are usually split among the performers.

“People have been very, very generous, and are giving their hard-earned money during this time we’re going through,” she said, adding that she is still recording and hopes to have her EP finished by the end of the summer.

Fortunately for Brown, who is a diversity recruiter at BBVA in downtown Birmingham, COVID-19 hasn’t taken away her entire ability to earn an income.

“I thank God for the opportunity to still be working at my nine-to-five [from home], so money is not an object,” she said. “The withdrawals from the stage are hard to cope with, though. I’m an extroverted girl. I like to be in the midst of the people, performing, interacting, and making them happy. I miss the stage.”

Click one of the links below to read more stories about Birmingham musicians in quarantine.