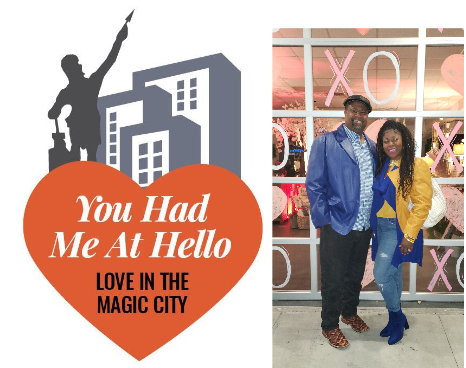 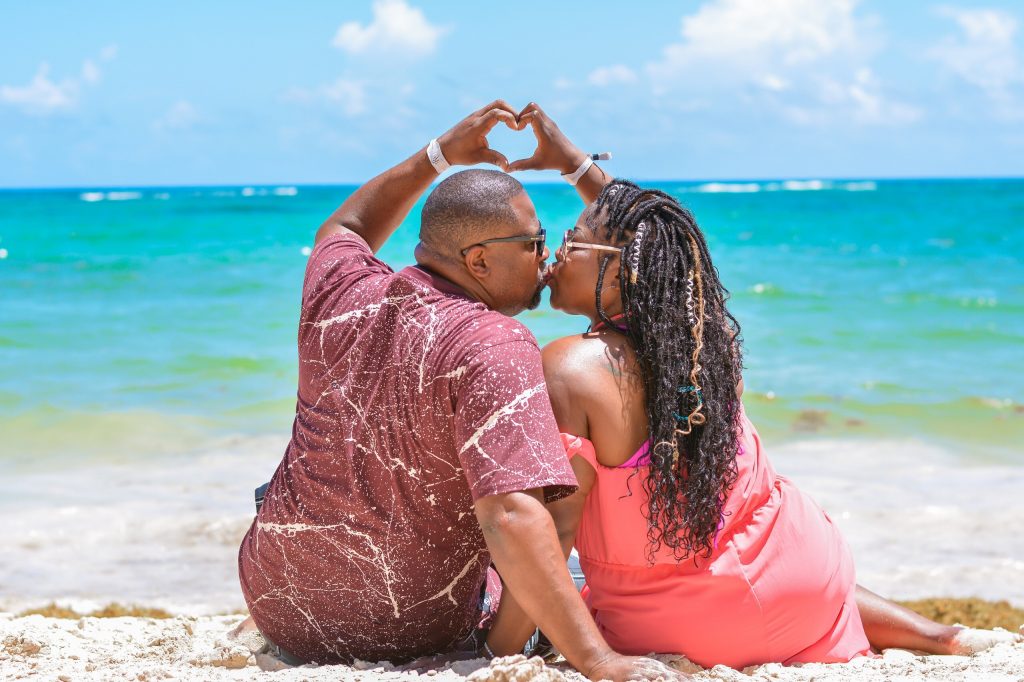 Met: Fall 2006, during orientation at their daughters’ middle school. Shawana was there with her daughter Khristyne, and Darrell with his daughter Camille. Shawana had been told of Darrell’s late wife’s recent passing and wanted to offer her condolences.

“I didn’t give him my number at the time because I knew he was [newly widowed] and that it was a sensitive time for him…,” Shawana said. “But I felt like if he went to my aunt’s house and went through all of that to try to get my number he was worth a call.”

First date: Early summer 2007 at Inland Lake in Pinson. Unknown to Shawana, Darrell was taking her out on his speed boat to go fishing. Shawana said she was not dressed for the occasion.

“I was dressed to the nines, my hair freshly done, and I had my shades on… I didn’t know he was taking me out on his boat, and he pulled up [wearing] overalls with no shirt on underneath, and cowboy snakeskin boots, with his boat hooked up to the back of his truck,” said Shawana.

Darrell said, “I am who I am, I don’t change for nobody. I wasn’t about to pull up in no fancy car and go to no fancy place… either you like me or you don’t. I took her out on the lake, and we went fishing. I blew her glasses off her face and her back hit the seat [because of the speed of the boat] … she caught a fish though. I helped her bait the hook… I’m a country man, and that’s what got her.”

Shawana was less than amused by their “date.”

“When I got off the boat, I looked like [boxing promoter] Don King and I said I would never go out with him again. But I thought about how different the date was…. I hadn’t gone out with a guy that took me out on a boat ride… I was used to somebody trying to impress me and he did something that was out of the norm. So when he called, I picked up and been with him ever since.”

The turn: For Shawana it was early 2007 after a prophecy by a minister.

“Me and my daughter were in the grocery store and I ran into [a visiting pastor from at my church] and after we spoke he found me on another aisle and prophesied that a big man who drove around in trucks was going to be my husband… And then one day I was with Darrell and it came to me that this was who the pastor was talking about,” Shawana said.

For Darrell, it was summer 2009, after realizing how patient Shawana had been with his healing process while coping with the loss of his late wife.

“One thing I learned was the best healing for a person [surviving the death of a loved one] is another person. [Shawana] became my counselor and my sounding board. She let me talk about my deceased wife, cry and everything and never said a word,” Darrell said. “I was grieved, and suicidal, me and my children were in counseling…. But seeing how patient she was with allowing me to grieve over the years and still want to date me let me know she was the one. And, I didn’t want to lose her…”

The proposal: Summer 2009, at Darrell’s house in West End. He and Shawana were headed to attend a Frankie Beverly and Maze concert at the Greene Track Race Course [Greene County] with some of their family members, and he proposed before they left.

“I’m old school, I went and talked to her father [Ronald Williams] and asked her for her hand in marriage, and he said ‘you do know she’s crazy, right?’, and I said yes,” Darrell laughed. “I got everybody [a few of both of their family members] to come to my house and when Shawana got there, my sister told her to get out of the car and come in the house, and when she came in, I was down on one knee and asked her to marry me.”

“I didn’t think nothing of it when his sister told me to come in,” Shawana said. “I was just ready to go to the show, but when I [went inside] and saw him on one knee, I cried uncontrollably for about 15 minutes. My sister-in-law had to tell me to stop crying and answer the question, she said ‘are you gonna marry him or what?’, and then I said ‘yes’. I had so many emotions, I loved him, and I was ready for this step…I had prayed to God for this because I wanted to do what was right…we had children.”

The wedding: At St. James Missionary Baptist Church in North Birmingham, officiated by Pastor Elijah Weatherspoon. Their colors were red, champagne and celery.

Most memorable for the bride was seeing the large number of guests at the reception. “…we had [prepared] for 150 guests, when we walked in there were about 350-400 people there,” Shawana said. “And my father-in-law went into his pocket and paid the caterer right then and there for those extra 200 guests.
It was overwhelming, but everybody was happy for us. It seemed like everybody that knew us from childhood on up was at this wedding.”

Most memorable for the groom was overcoming the stress of preparing for a wedding and not knowing how everything would turn out.

“All the love and support and [presence] of all our loved ones, and seeing everything turn out right. The release of doves was beautiful, that was one of my favorite parts,” he said.

The couple honeymooned in Las Vegas, Nevada, at the MGM Grand Hotel.

“We had an all-expenses paid seven-day vacation as a wedding gift from my cousin,” said Shawana. “There’s so much to do there, and my husband had never been so Vegas was the perfect place.”

Words of wisdom: “We try to think about the other person. A lot of times in marriage you can go [through] day to day in life and you forget God is the glue that holds it together,” Shawana said. “You have to forgive a lot, you have to love a lot and you have to consider the other person. You’re not always going to be like minded, but you have to work together to give the children something to [aspire to], and let them know that hard work does pay off, whether it’s your marriage, your work or your lifestyle.”

“Keep people out of your business,” Darrell advised, “and love on one another through the good, bad and ugly. No matter what comes up you got to ‘stick and stay’. And, earn a good living, you have to bring home the money.”

Shawana, 47, is from Demopolis and attended Midfield High School. She earned a nursing degree from a community college in Birmingham, and works as a registered nurse at Grandview Medical Center. Shawana also sells real estate for their company Jackson Brokerage in Helena.

During COVID-19, both Shawana and Darrell are still in the field.