The City of Birmingham is the presenting sponsor of the event, which includes panel discussions on topics such as Southern politics, immigration, female leadership, LGBTQ issues and Black activism in technology. 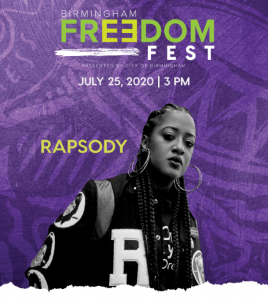 Music performances are on the agenda, as well, featuring acts such as Rapsody, Translee, Pastor Mike Jr., Sherri Brown and Shaheed & DJ Supreme.

Last summer, the inaugural festival was hosted in and around Kelly Ingram Park and 5,000 festival goers from across the community gathered in the Birmingham’s Civil Rights district for the event.

“We’ve experienced a lot of change in the past 12 months,” Mayor Randall Woodfin said. “But one thing that hasn’t changed is the need for empowerment and celebration in our city. Freedom Fest is more relevant than ever, and I can’t wait for this opportunity to honor our social justice heritage and our love for live music and entertainment.”

Here’s a listing of themes for panel discussions and participants for the panels, which are on the festival’s website.

Blueprint: Black Men Thriving: Highlighting stories of trials to triumphs and what it means to be a Black man in 2020.

— Damion Square, nose tackle for the Los Angeles Chargers and former player for the University of Alabama. 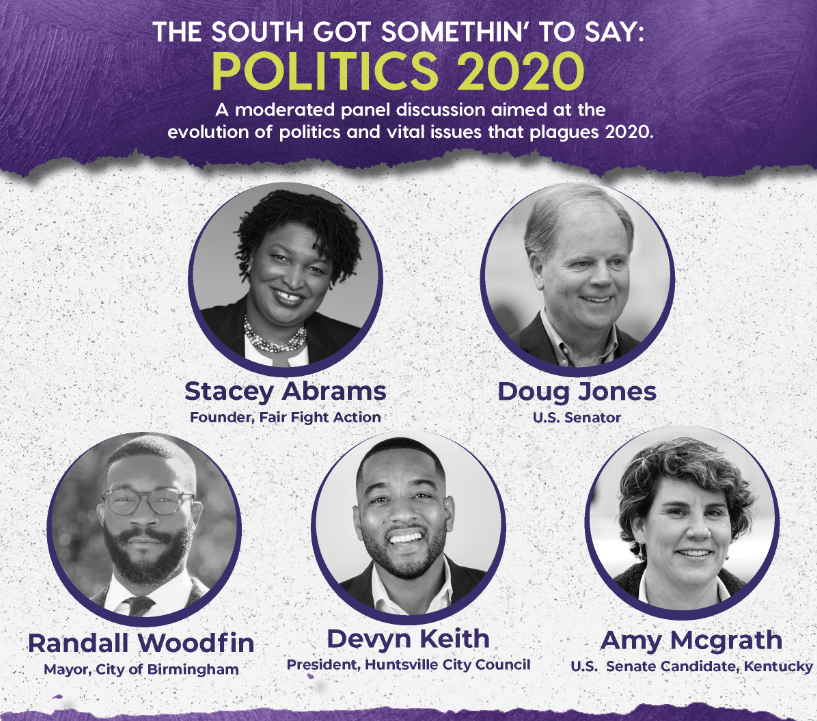 The South Got Somethin’ to Say: Politics 2020: A moderated panel discussion aimed at the evolution of politics and vital issues that plague 2020.

— Devyn Keith, president of the Huntsville City Council, who will serve as moderator.

Who Tells Our Stories: A virtual tour of the A. G. Gaston Motel, its significance and preservation efforts to continue its legacy in the City of Birmingham.

— Denise Gilmore, senior director of the Office of Social Justice and Racial Equity for the City of Birmingham.

Uncaged Liberty: A discussion about the cultural aspects of immigration in Birmingham, AL on a local and national scale.

— Carlos Aleman, deputy director of the Hispanic Interest Coalition of Alabama, who will serve as moderator.

OUTspoken: A conversation surrounding challenges in the LGBTQ+ community to inspire confidence and strength.

— Park Cannon, a member of the Georgia House of Representatives.

— Neil Rafferty, a member of the Alabama House of Representatives.

— Josh Coleman, LGBTQ+ liaison for the City of Birmingham, who will serve as moderator.

Social Justice and Technology: Exploring Black Tech Activism: A discussion about Blacks and tech advocacy, access to tech for people of color and opportunities to connect social justice and technology.

— Rashada Leroy, CEO of LRY Media Group, who will serve as moderator.

Strong-Her: A dialogue about female leadership, breaking the glass ceiling and women making an impact within the community.

— Sherri Jackson, journalist and TV news anchor for CBS 42, who will serve as moderator.

Passing The Torch:  A dialogue about how the next generation is leading the charge to equality & fairness for all.

— Jordyn Hudson, Shape The Culture, Founder, will serve as moderator