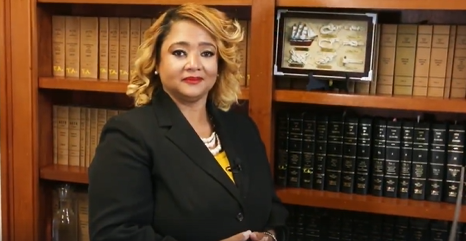 The unofficial results are with 95 percent of the precincts counted. Voter turnout was 15.4 percent in Jefferson County.

Parker and Scott faced off in the runoff election that had been delayed from March 31 when the COVID-19 pandemic set in.

Parker, who doesn’t have a Republican opponent in the November general election, said voters felt she was someone they could relate to.

“The one thing that makes a person consistent and believable is being the same person all the time,” she told The Birmingham Times Tuesday night. “I’m not different behind closes doors versus how I am in front of doors.”

Parker, who will be seated in January, 2021, said she didn’t let the pandemic deter her from reaching voters.

“I’m a workhorse,” she said. “I never let COVID get me to a point to where I didn’t connect with people. The one thing every voter told me they still wanted to meet you, greet you no matter how you did it … whether it be [through] Zoom, knocking on doors, you still have to connect with the voter.”

Parker who has been on the campaign trail for most of the year said she doesn’t plan to slow down now.

“First, I have to learned as much as I can to see what I can do [as Treasurer],” she said. “We don’t know the expansiveness of this office and what it can do.”

In the state’s — and one of the nation’s — most closely watched races on Tuesday, former U.S. Attorney General Jeff Sessions lost the Republican nomination for his old Senate seat to former college football coach Tommy Tuberville.

Tuberville earned 60.7 percent of the vote to beat Sessions, 39.3 percent, in Tuesday’s Republican runoff as Sessions fell short in his attempted comeback for a seat he held for two decades before resigning to become President Donald Trump’s attorney general in 2017.

Familiar to Alabamians from his decade as Auburn University’s head football coach, Tuberville is now positioned for a robust challenge against Democratic U.S. Sen. Doug Jones. With Alabama’s strong GOP tilt, the seat is widely viewed as Republicans’ best chance for a pickup as they try to maintain their thin Senate majority amid Trump’s lagging popularity nationally.

Jones wasted no time Tuesday touting his accomplishment since being elected in 2017.

“I’ve passed 17 bipartisan bills signed into law by President Trump and was honored by the U.S. Chamber of Commerce three times for my record of bipartisanship, leadership and pro-business support,” Jones said in a statement. “Working across the aisle, we repealed the tax on Gold Star widows after more than 20 years of partisan bickering kept thousands of families from earning the benefits they were promised.

“We secured relief for farmers in the Wiregrass hit hard by hurricanes and tornadoes. We’re investing in rural hospitals that, without Medicaid expansion, continue to struggle despite their importance to many Alabama communities. I will always protect health care for our seniors and people with pre-existing conditions.”

Jones made clear he will run on his record.

“That’s the record I will present to the people of Alabama at a time when our country and our state face multiple crises,” he said. “We are not out of the woods yet but every step of the way I will have your back and no one else’s. The choice before the voters is an unprepared hyper-partisan that will add to the divide in Washington, or my proven track-record to find common ground and get things done.”

Associated Press contributed to this report

Updated at 10:56 a.m. on 7/15/20 to include that Parker is first African-American female elected to seat countywide.

Updated at 10:41 p.m. on 7/24/20 to clarity that Parker is the first African-American elected to the seat countywide.