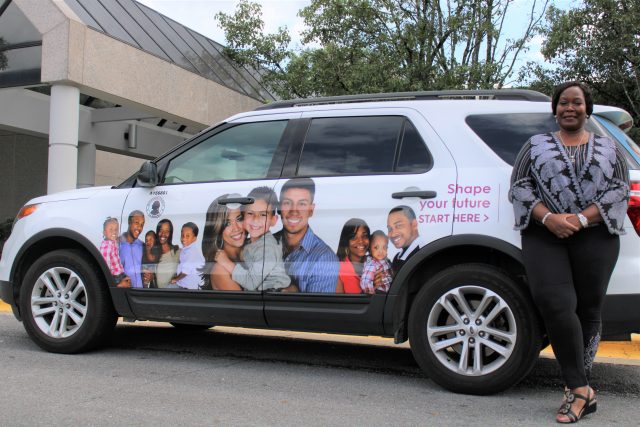 As the census count winds down, Jefferson County is taking a more aggressive to reach undercounted communities.

The census count ends on September 30 and Commissioner Sheila Tyson, chair of the Jefferson County Complete Count Committee, said it’s important to count as many citizens as possible to improve the condition of public services such as schools and roads.

“You’ve got to fill out [the census] to get 100 percent of the funding that is due to your community,” Tyson said. “When we complain about the roads, sidewalks, the curriculum of our schools and what our seniors and children don’t have? All of those things are funded by the population in your city, county and state.”

At the start of August, the Census Bureau moved the deadline back by one month, meaning Census workers have less time to ensure that undercounted residents are included.

Tyson said she is concerned the word hasn’t reached some areas of the Black, Latino and other non-English speaking communities, and those low-income communities that don’t have access to internet or cable.

“You can go back 60 years and see the continual historical undercounting of Black and brown people,” she said. “It’s hurting our communities.”

Tyson said she wanted to dispel some myths. For example, some in the Black community were taught filling out the census meant the police could use that information against them. “We were told if we got tickets, they could look up and find you, or if you owe child support or were wanted by police, they could find you,” she said. The census’ official website states Census data cannot be used by government agencies or courts, and the Census Bureau is required by law to protect that information, she pointed out.

The state of Alabama’s current response rate is 60.9 percent, Tyson said. In some communities, such as Lipscomb where the Latino community is larger, the census count is as low as 45 percent, she said.

Tyson said the census committee depends on local municipalities to help them get the word out. She said public schools are typically a good resource for relaying census information to families, but that isn’t currently an option due to COVID-19. In the next few weeks, the committee will drive to hard-to-count communities in a specially wrapped census car which depicts multiracial workers, families and children.

That diversity is important in making undercounted communities feel represented,” Tyson pointed out. “[Residents will] come up to us, and we’ll have iPads and phones so they can fill out their census right there,” she said. The census car will also have goodies such as census-themed t-shirts and water bottles for residents.

Tyson encourages residents to think about the current and future conditions of where they live, and fill out the census.

And people are often confused about taxpayer dollars and public services, she added. “Not enough people live in these cities to pay enough taxes to fix the roads,” she said. “It’s all federal funding . . . you’re going to keep the potholes, the dilapidated homes, the sidewalks and schools in poor condition if you don’t [do the census]. This is going to last 10 years.”