The 14-member ASHOF board did not have any African American representation until Alabama Governor Kay Ivey appointed Edgar Pruitt to one of the seats.

Councilor Steven Hoyt applauded the move, but said there is still much work to be done.

“I reached out to the leadership at the ASHOF and let them know that I think it is unacceptable that in 2020 they had an all-white board, one that does not reflect the people in this city or this state,” Hoyt said. “This lack of diversity was very concerning to me and I let them know that.”

Following his comments about the lack of diversity at a Council meeting, Hoyt said he met with Edgar Welden, who has served as the ASHOF board chairman for the last 17 years.

“This is obviously something that will take time to change,” Hoyt said. “Progress doesn’t happen overnight, but I am encouraged by the fact that Mr. Pruitt has been appointed to that position. I was also encouraged by my conversations with the [ASHOF] leadership. I am going to continue to use my platform to raise awareness to the lack of diversity that still exists in this city.”

In an article published by AL.com news website, Welden said he’s committed to making the board more representative of the city and the state.

“With everything going on in the world, I want to think about that [board diversity],” Welden told AL.com. “I have not thought about it. I’m 100 percent for that and you can count on me to do it.”

Hoyt said he believes that if the ASHOF is committed to diversity, they will continue efforts to restructure their board as well as be intentional about the level of diversity among inductees.

“This conversation isn’t over,” Hoyt said. “But I am encouraged by what I’ve seen and heard so far.” 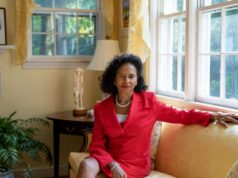 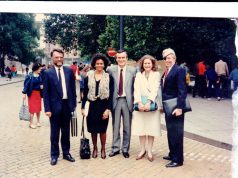 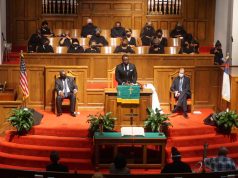