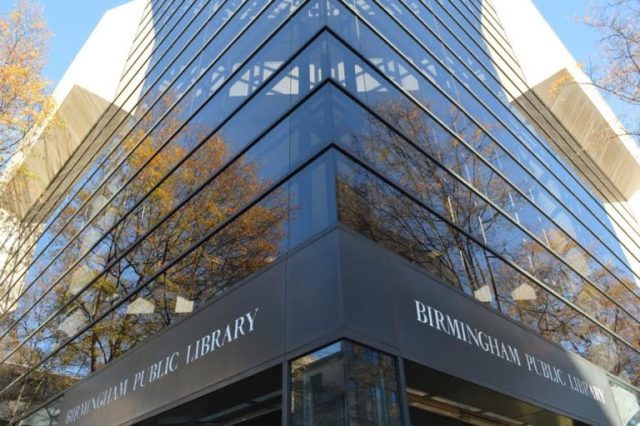 The Birmingham Public Library (BPL) confirmed Sunday that 158 workers will be furloughed and announced its Central Library downtown will reopen for in-person service starting on October 1.

The news came during a hectic weekend for some employees who were wondering about their future. One described the furloughs as “gut-wrenching.”

The BPL said it will furlough 158 of 211 full and part-time library employees due to a city financial shortfall of $63 million caused by the COVID-19 pandemic, according to media reports over the weekend. The decision was made by the BPL Board of Trustees during a special called meeting held Friday.

In a statement Sunday, BPL Executive Director Floyd Council said the decision was not easy and “it is with sad disappointment that Library Administration had to recommend to the Library Board of Trustees for the approval to furlough 158 of our valuable employees. During these difficult COVID-19 and challenging economic times, public libraries and BPL are more relevant and needed now more than ever before.”

The furloughs will be effective Sept. 25. Of the 158 furloughed employees, 91 are full-time and 67 are part-time employees, according to the birminghamwatch.org website.

Eve Parker, who works at the Avondale Branch and has been with BPL for the past 20 years, said in a Facebook post that she will retire from the Library on September 25, “unfortunately the day 158 of my colleagues will be furloughed . . . the most gut-wrenching part is that we have always believed library services to be essential. We have all, on a regular basis, funded crafts and program materials from our own pockets and taken work home on a nightly basis because we felt that what we do was important to the City and to our communities.”

Birmingham Mayor Randall Woodfin told board members in a private call last week that his recommended library budget for FY 2021 had been cut to $6.2 million, far less than last year’s $15.3 million budget and less than the $12.8 million in Woodfin’s initial FY 2021 budget proposal, according to birminghamwatch.org

Details are still being worked out how the Central Library will handle in-person service starting next week, the first time since March 15 when all locations were closed due to coronavirus.

COVID-19 safety protocols will be put in place to ensure the health and well-being of BPL staff and patrons, said BPL Deputy Director Janine Langston.

Although the BPL Board of Trustees announced last week that Eastwood Branch Library will be permanently closed, the library board has not made a decision about closing any of the remaining 18 library locations.

BPL also announced that regional library curbside service will expand. The library began offering curbside pickup of new library materials in early June 2020. Since then, more than 18,400 books, DVDs and other items were checked out by patrons at the four regional libraries – Avondale, Five Points West, North Birmingham and Springville Road, it said.

Curbside service will continue at the four regional libraries at the current hours of 9 a.m. to 4 p.m. through September 25.

After September 25, curbside services will continue based on staffing and “operational abilities,” Council said.