LaTonya Tate, founder and executive director of the Alabama Justice Initiative (AJI), is not one to shy away from a challenge—and taking on parole and prison reform in Alabama may be her biggest yet. She recently spoke to The Birmingham Times about her fight for fairness in the criminal justice system.

“It’s going to take a collective effort,” she said. “We can’t do a one-time thing. We have to constantly keep fueling the fire and drawing attention to the Alabama prison system. It’s a hard conversation that we’ve got to have.”

The AJI, founded in 2018 and staffed by volunteers, is a policy and advocacy organization working to end mass incarceration while advocating for social and racial justice.

The organization has helped a half dozen win parole, and that’s only the beginning, Tate said: “We are humanizing that person. Even though they made a mistake 20 years ago, [we want to show] who this person is today.”

Everyone who works for AJI has been affected the criminal justice system in some way, including Tate, who is often called upon to speak on panels as an expert on probation and parole reform. She has written nationally that she is “the mother of a formerly incarcerated son, who went to prison at the age of 19 and is on supervised parole until 2021.”

“This fight for fair justice for my son and all those impacted by the mass incarceration crisis is dear to me,” she wrote in a blog post for the Center for Law and Social Policy (CLASP) earlier this year. “I am a drum major and a voice for those fighting for policies that will change the collateral consequences that keep people living in poverty and prevent them from participating in our democracy and getting a second chance to be productive citizens in their communities.”

When her son was arrested in 2001, Tate, who was working in the health care field at the time, said her “whole career shifted.”

“Being in health care, my knowledge [of the court system] was vague,” she said. “[It was his first-time being arrested], so why wasn’t there some kind of alternative sentencing?”

When visiting her son, Tate was gripped by the overwhelming amount of Black faces in prison.

“I wanted to reveal a system that was not fair from the beginning. I knew that I had to go back to school to learn what was really transpiring here,” she said.

Tate’s son served eight years and was released in 2009. His sentencing motivated her to return to school to obtain bachelor’s and master’s degrees in criminal justice administration and security in 2006 and 2008, respectively, from the University of Phoenix.

Tate, 55, born in North Birmingham and the oldest of four siblings, with three younger brothers, graduated from Phillips High School and attended Jacksonville State University (JSU) to pursue a nursing degree. At 17, she had her son, TaDarrius.

“My mom, [Barbara Tate], and my grandparents, [Mary and Joe Tate], were taking care of my son, but eventually I ended up coming back home [from JSU],” she said.

Tate enrolled in Bevill State Community College’s nursing school in 1993 and graduated as a Licensed Practical Nurse. She held several health care jobs until her son’s arrest—which inspired her to switch gears in her career.

In 2017, Tate, who also has a master’s degree in public administration and policy from Grand Canyon University, applied for the George Soros Justice Fellowship, a program that helps with projects to challenge and reform the criminal justice system; the $87,000 fellowship enabled Tate to create the AJI the following year.

The AJI has launched several initiatives to broaden its work, including:

The AJI’s Reimagining Justice Fellowship was created in 2019 and funded in part by the American Civil Liberties Union (ACLU) of Alabama.

“[The fellowship] is a vision that I had,” Tate said. “I asked, ‘Why are we losing in Alabama? Why are we not seeing progressive change?’”

The program specifically targets underprivileged groups, such as working-class, LGBTQIA, or Black people in Alabama.

“They wanted to learn, but they had no clue where to start,” Tate said. “The fellowship takes emerging leaders and teaches them about the legislative process, so they can go back into their communities and teach what they’ve learned.”

The fellows create a “Smart Justice” base in their communities and, from there, build a group of community members who are interested in organizing and advocating for criminal justice reform.

“Once people learn the legislative process and how to mobilize and organize, I think we can really win in Alabama,” Tate said.

Tate’s background in criminal justice has come in handy in other ways, too, especially with Alabama Gov. Kay Ivey’s proposal to build three new prisons. In May, Ivey said the prisons were necessary because current facilities are old and cannot “safely house inmates.”

In August, the AJI assembled a caravan of approximately 30 cars for “Ride for Justice, Release the Vote,” a trip to the governor’s mansion that called for pushing back on the planned building of new prisons and raised awareness about the need for fair parole hearings. Another caravan is scheduled for October 3 in Huntsville.

One of Tate’s long-term goals is to be appointed to the Alabama state parole board.

“Currently it’s a three-panel board, and we really need more members,” she said, noting that community and faith leaders, leaders with backgrounds in mental health, and people with experience in criminal justice should have a say.

“Let us be the voice, the leaders of those who are impacted,” she said.

Tate knows the fight will not be easy. In her blog post for CLASP earlier this year she wrote, “Voting rights and prison, [sentencing], and parole reform … continue to be a problem in the South for those individuals, in particular, who are formerly incarcerated, those who are on community supervision, and those incarcerated due to the continued ‘Jim Crow’ practices that are still being displayed.”

In her interview with The Birmingham Times, Tate added, “When are we going to start forgiving people, or get to the root of the problem? Nobody came out of their mom’s womb wanting to be a criminal.” 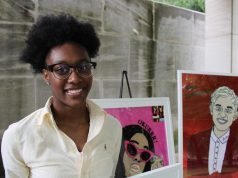 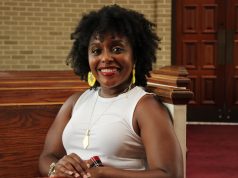