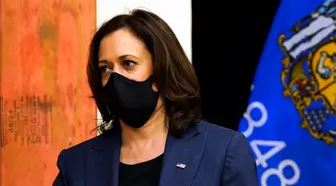 Sen. Kamala Harris spoke privately with Jacob Blake ― the Black man shot in the back seven times by a police officer in Kenosha, Wisconsin ― and his family on Monday, her campaign said.

The Democratic vice presidential nominee was in Wisconsin for her first campaign visit since joining former Vice President Joe Biden in his bid to unseat President Donald Trump this November. Harris said she wanted to speak with Blake’s family “to express concern for their well-being and, of course, for their brother and their son’s well-being and to let them know that they have support.”

“They’re an incredible family and what they’ve endured and they just do it with such dignity and grace,” Harris told reporters after the meeting. “And you know they’re carrying the weight of a lot of voices on their shoulders.”

Several members of Blake’s immediate family, including his parents and two sisters, met with Harris. Blake joined by phone for about an hour.

“In a moving moment, Jacob Jr. told Sen. Harris that he was proud of her, and the senator told Jacob that she was also proud of him and how he is working through his pain. Jacob Jr. assured her that he would not give up on life for the sake of his children,” Crump said in a statement. “She encouraged them to continue to use their voices even through their pain to help America make progress to end systematic racism.”

Harris’ visit follows Biden’s own trip to Wisconsin last week, during which he also met with Blake’s family and spoke with Blake via phone.

Trump went to Wisconsin last week as well, but the president did not meet with or mention Blake during the trip. Earlier he said that the parties could not agree on a way to meet.

A cellphone video of Blake’s Aug. 23 shooting by Officer Rusten Sheskey spread around the internet, sparking more calls for an end to police brutality in America and spawning additional protests in Wisconsin and across the nation three months after the death of George Floyd.

All of the officers involved in the encounter with Blake have been suspended. State and federal authorities are investigating the matter, but no charges have been filed. 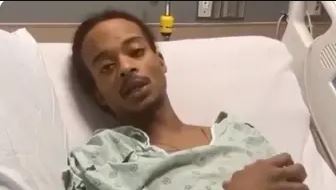 Blake’s attorney shared a video on Saturday in which the 29-year-old gave his first comments on his injuries. Speaking from a hospital bed, Blake, who is paralyzed from the waist down, said his experience was “nothing but pain.”

“Your life and not only just your life, your legs ― something that you need to move around and move forward in life ― could be taken from you like this,” he said in the video. “You do not want to have to deal with this shit, man. … It hurts to breathe. It hurts to sleep. It hurts to move from side to side. It hurts to eat.”