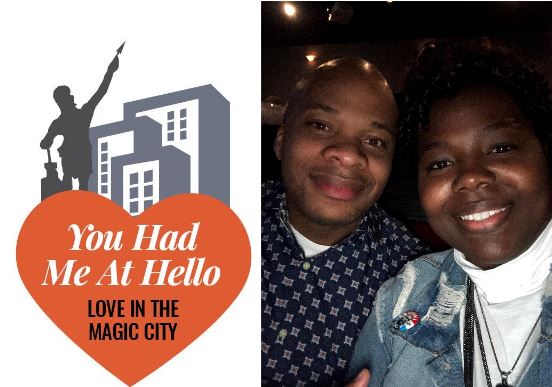 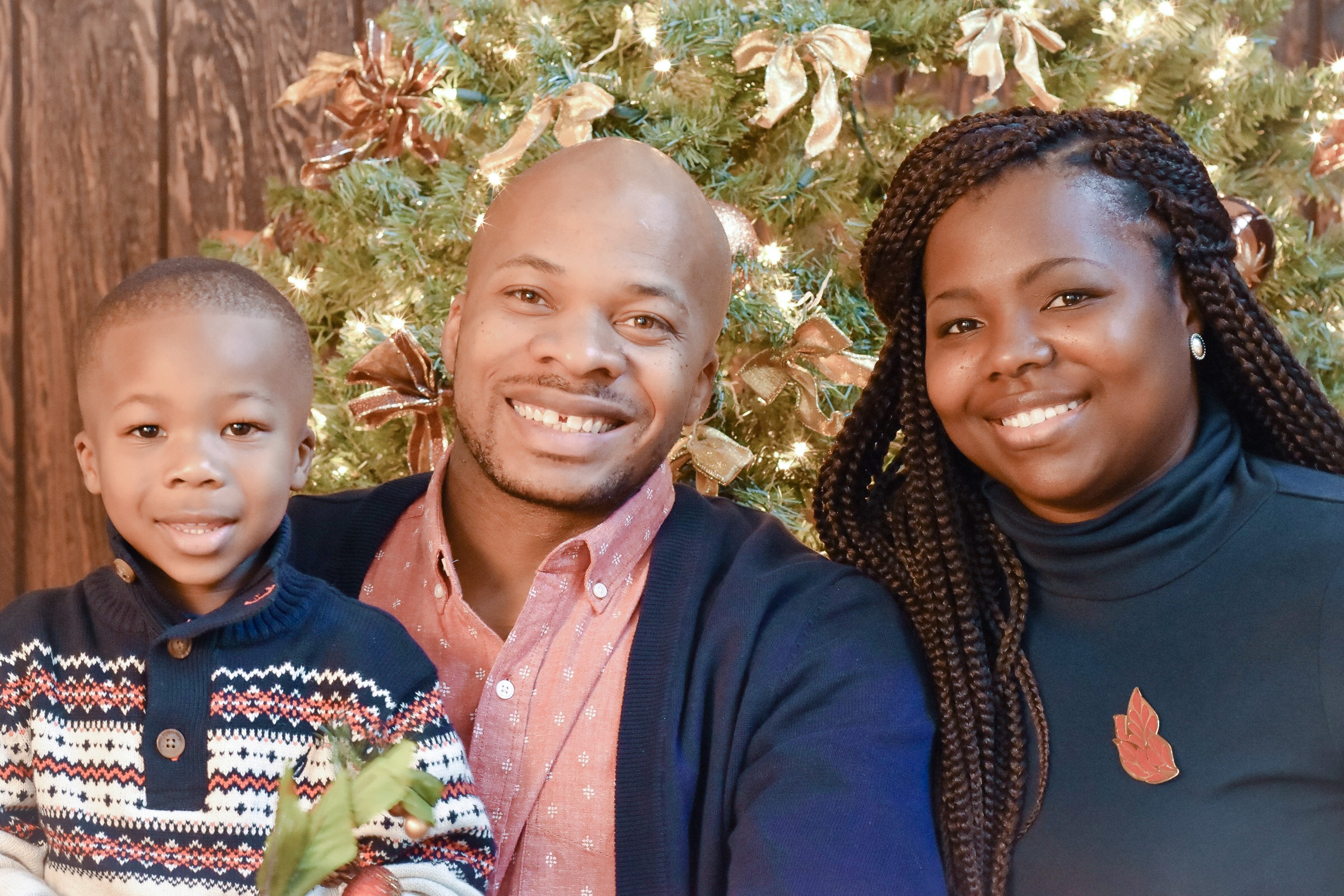 Met: August 2002, at Tuskegee University on the Yard. At the start of her freshman year, Johngelene and her roommate were headed to the cafeteria when they bumped into Eugene. It was hot and as she was perspiring Eugene swiped his hands on her arms “and I was so annoyed,” Johngelene recalled. Eugene said, “I thought it would be funny,” he laughed. “I was a freshman in college being my usual self… I thought she was an attractive young lady and I thought I’d break the ice with her by doing something silly, and it worked.” According to Johngelene, it did not work. At least not initially.
First date: Nearly two years later on Valentine’s Day in 2004 at the UniverSoul Circus in Montgomery.

“It was supposed to be a surprise, Eugene didn’t tell me where we were going, he just asked me out for Valentine’s Day. But, the surprise was ruined because a girl that he knew told me where he was planning to take me,” Johngelene said. “When he came to pick me up for the date, he said ‘can you guess where we’re going? ’And I’m not good at lying and keeping secrets, so I told him I knew… He was a real gentleman, paid for everything that night, put gas in my car, and after the circus we went out to eat at IHOP.”

“It was a great date… I took her to the circus and it was a great night,” Eugene said. “I do remember taking her to IHOP after and asking her to be my girlfriend and I knew she would say ‘yes’. We had been [courting] for about a year and I wanted to make it official.”

The turn: Most of the relationship after college was bumpy and long distance, Johngelene said. He had moved back to Atlanta, GA, and she back to Birmingham and they were on and off for about a decade. It wasn’t until fall 2012 that they stabilized their relationship.

“I had told [Eugene] we’re getting older and that we needed to be serious about what we wanted in a mate and for our future,” Johngelene said. “I felt like we were too old to be going back and forth with each other and he told me [he wanted to be with me].”

“I realized that I wasn’t going anywhere and I knew that I could trust her and that she had all the qualities that I wanted in a woman,” Eugene said.

“I was calling to tell him I was pregnant, and I guess he had made up his mind that [he was ready to get married], so after I told him he said ‘so, are we going to get married?’ And I said, ‘no, you’re not about to marry me just because I’m pregnant,” Johngelene said.

“Johngelene turned me down three times before she actually said yes,” Eugene said. “She was thinking that I was proposing just because she was pregnant, but I wasn’t. I decided that I was ready to be with her and get married, and it took her mom sitting her down and having a talk to get her to say yes. [Her mom] told her that she could tell that I didn’t want to marry her just because of a baby and that I really loved her and we should get married and be a family. Then [Johngelene] told me ‘yes.’”

The wedding: At Jefferson County Courthouse. Eugene wore a suit, and Johngelene wore the off-white dress she had previously worn to her baby shower a few weeks prior.

“We had a ceremony at the [courthouse], we did all of the [traditional ceremonial] stuff, we just didn’t have a grand audience,” said Johngelene.

Most memorable for the bride “my mom being there with me and talking to me before the wedding about [becoming] a wife and mother and taking on both of those roles at the same time…,” Johngelene said. “Her having that real transparent moment with me before I entered the next phase of my life was very memorable for me.”

Her mother passed the following year in May 2014, from cancer.

Most memorable for the groom was “getting married and standing next to the person that was wanting to stand by me for the rest of my life,” Eugene said. “We were getting older (29) and I was beginning to think I was going to spend my life alone. Oh, and my brother, Theodore, [left work last minute and came down to the courthouse] to stand beside me because the rest of our family lived out of town.”

Words of wisdom: “Be able to seek help, and talk to people that have been there before,” Eugene said. “Seek therapy from wise sources who actually have your back. Whenever we’re at an impasse about something, we go and talk to a therapist. It’s important…”

“What helped us in the beginning was knowing that we did not know what a successful marriage looked like. We solicited help prior to getting married, and went to pre-marital counseling,” Johngelene said. “It [premarital counseling] is important because it helps you understand what a successful marriage looks like and helps you set expectations before going into the marriage. Also, our marriage is rooted in faith. We wanted to model our marriage like Christ loved the church.”

Happily ever after: The Dabon’s have one son, Eugene Jr., 7.

Johngelene, 36, is an East Lake native and Huffman High School grad. She attended Tuskegee University, where she earned a bachelor of arts degree in political science, with a minor in business. She went on to earn a master’s degree in public administration from Strayer University, Birmingham, and is a social service case worker with Jefferson County Department of Human Resources [DHR].

Eugene, 37, is an Atlanta, Georgia native, and Frederick Douglass High School [GA] grad. He attended Tuskegee University, where he earned a bachelor of art’s degree in psychology. Eugene is a firefighter for Birmingham Fire and Rescue, and a sergeant in the Army National Guard.

Since the onset of the COVID-19 pandemic, Johngelene works both from home and in the field when she’s assisting families. Eugene continues to work at the fire station. 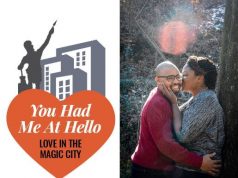 ‘Being broke takes away every bit of cuteness in being married’