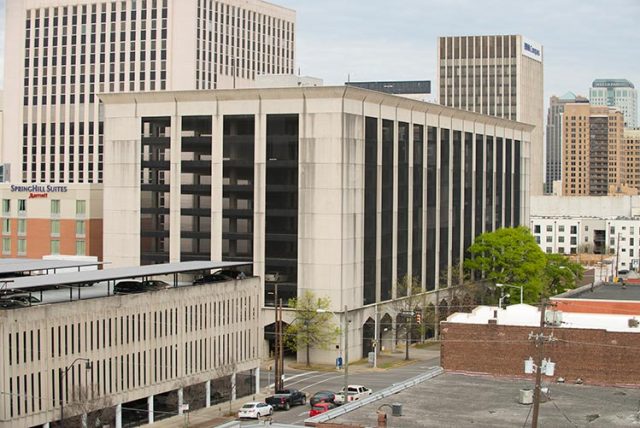 The potential sale of six Birmingham parking decks for $40 million is “short-sighted” and does not take into consideration future growth in the downtown area, said a Birmingham Parking Authority (BPA) board member in a statement late Sunday.

Mayor Randall Woodfin announced last week the city received an unsolicited offer to sell 6 of 11 parking decks for about $40 million.

Dora Sims, a member of the BPA board said, the agency has efficiently operated municipal owned parking decks and lots over the last 48 years and wants to make sure employees don’t lose their jobs.

The BPA Board is committed to protecting affordable parking downtown and ensuring that the 70 people employed by the BPA retain their jobs, according to the press release. City of Birmingham leaders and the BPA board members held a meeting on October 23 to discuss “amenable solutions” to the proposal to sell multiple parking decks.

“Our greatest concern as a Board is to support our employees who work daily to ensure the taxpayers, tourists and business owners who lease from us have safe, accessible, affordable convenient parking,” said Sims. Once the city assets are sold, they are no longer under the control and management of a city agency and the price to park will surely increase, the statement says.

The potential buyer is a group that includes Shipt Founder Bill Smith, who has plans to operate the decks for the long term and make improvements, according to published reports.

Woodfin said last week, “When I consider the issues that currently exist short-term and long term related to our employees, getting our libraries back open and I consider neighborhood revitalization and infrastructure issues, social services that that we’re concerned about and want to invest in, this $40 million plus presents a unique opportunity to make the investments that our residents care about.”

In issuing their statement the BPA Board said it is “critical to communicate directly to customers, businesses owners, tourists and employees about the adverse impact this sale may have on those we serve and support.”

“We, the Board of Directors of BPA, urge the officials at the City of Birmingham to consider all options to preserve interest in these valuable City assets instead of privatizing the downtown parking decks,” the statement reads. “Taxpayers, employees and the Birmingham Parking Authority and the public deserve to have this option reconsidered to maintain and preserve these city assets recognizing that future opportunities and future economic growth is on the horizon.”

The mayor also said the money would be a huge investment for the city’s 99 neighborhoods.

The BPA, in its press statement said, it understands that the global pandemic has changed the way business is conducted and severely impacted many entities by way of reduced revenues.  “The Birmingham Parking Authority has continued to streamline processes, manage needed repairs and implement new gate technologies all while maintaining an efficient system and providing over $1 million annually to the city,” it said.