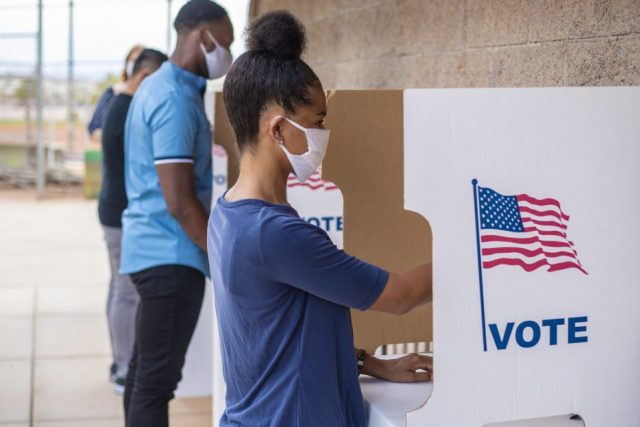 This election year has already proven that it will be historic for multiple reasons, inspiring millions across the country to go to the polls and vote early for the next president of the United States. According to the Associated Press, over 58 million ballots have already been cast via mail-in or in-person at polling centers, shattering the number of voters from the previous election.

“Because registered Democrats are voting in such large numbers by mail, even though their ballot return rate is higher than Republicans, they have more than 4 million mail ballots outstanding,” the study said. “This is just the states with party registration; we might surmise the total differential number of Democrats with outstanding mail ballots is higher.”

Many of those votes are represented in large part by marginalized groups who have become mobilized to come out and vote, including the Black community. In states like Georiga, residents said they were determined to come out and cast their vote for an important election that can impact their futures after seeing what the current administration has allowed to take place.

“For me, the outcome of this election will be the difference between truth and deception, decency and dishonor, inclusion, and intolerance,” said Kee-Kee Osborne, a resident of Mableton, Georiga, to CNN about the election.

“The words, actions, and policies from the current (Trump) administration have deepened the marginalization of Black people over the last four years. It is imperative for our community to be engaged in the process because we have an opportunity to vote for change on every level,” he added.