After a fundraising campaign that lasted 15 months including a stretch when support lagged, a Birmingham nonprofit on Friday unveiled a mobile shower unit with three stalls for the city’s homeless population.

Erica “Star” Robbins, founder and executive director of Be A Blessing Birmingham (BABB), a nonprofit committed to helping the city’s homeless population, introduced the new mobile showers at Linn Park in downtown Birmingham.

“This is not a luxury, people with four walls and a roof take this for granted that they can go in at the end of a long day and take a shower, people on the street don’t have the luxury to turn on the hot water . . . but now they will,” Robbins said.

The mobile unit has a toilet and sink with each of the stalls, including one that is compliant with the American Disabilities Act. The idea is to promote cleanliness, boost confidence and lead to self-sufficiency for the homeless, said Robbins, whose group raised over $60,000 as part of the Shower Power campaign.

The idea for a mobile shower unit came in October of 2018 and by April of 2019, Robbins launched a GoFundMe account “where I thought surely in two months tops, we’re going to get it done and raise this money and get these showers because it is basic human decency,” she said.

She admits to being discouraged when a deadline came and the money hadn’t been raised. “Fast forward to spring 2020 when COVID hits, my team and I along with other organizations are on the ground and we’re hearing constantly about the challenges (the homeless community) is facing now with shelters not letting people in because of COVID restrictions… they had no access to running water or to take a shower besides what they were already doing.”

Instead of sitting back, Robbins began a stronger drive around May and used her voice as a civic leader to generate support from not only people in the Birmingham area but around the country. “I used that platform to push for these mobile showers] to be funded and we nickeled and dimed our way to raising this money,” she said.

A schedule for people to use the unit will be put in place and Robbins and her team of about seven volunteers will travel throughout the downtown area to make sure those who need its use will get showers.

“I have listened to people tell me just how bad they want to be able to take a hot shower and not being able to do anything about it and the fact that I can do something about it now is amazing,” Robbins said. “This is a matter of basic human decency. Everybody deserves to be able to take a shower in the privacy of a confined space. It provides people with a sense of dignity.” 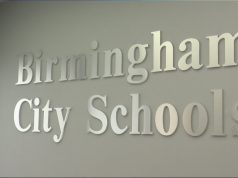 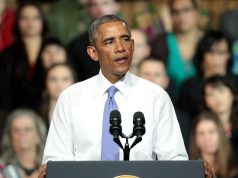