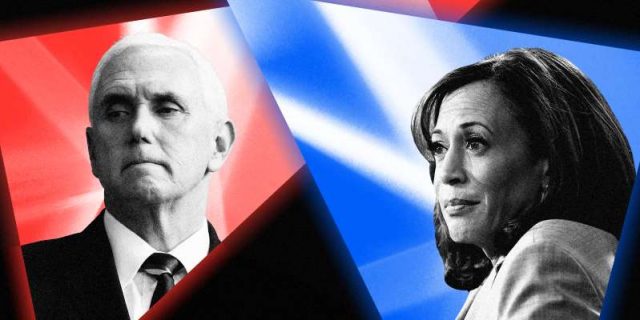 The only vice presidential debate of the 2020 election is scheduled for Wednesday — and President Donald Trump’s coronavirus diagnosis and Vice President Mike Pence’s possible exposure are bringing extra scrutiny to the already highly anticipated showdown between him and Sen. Kamala Harris.

Pence, who sat in front of and across from people who were later diagnosed with Covid-19 at a Rose Garden event for Supreme Court nominee Amy Coney Barrett on Sept. 26, has so far tested negative for the coronavirus. Pence’s doctor said in a letter released Tuesday that he does “not need to quarantine” and is “encouraged to go about his normal activities.”

Extra coronavirus precautions will, however, be in place for the face-off.

Here’s what you need to know.

The 90-minute debate will take place at 9 p.m. ET at the University of Utah’s Kingsbury Hall in Salt Lake City.

The format will be similar to the widely panned first presidential debate between Trump and Joe Biden. It will be divided into nine segments of approximately 10 minutes each, and there will be no commercial breaks, according to the Commission on Presidential Debates. Unlike the presidential debate, topics are not being disclosed ahead of time.

The moderator will ask an opening question to Pence first, after which each candidate will have two minutes to respond, the commission said. Page will use the balance of the time in the segment for a deeper discussion of the topic.

Those “deeper discussions” led to the candidates interrupting each other and speaking over each other in the Trump-Biden debate, but Pence and Harris are more traditional debaters.

There will be no opening or closing statements. Pence and Harris will each be seated behind a desk.

As was the case with the presidential debate, the candidates will be tested ahead of time and won’t shake hands, but a number of extra safety measures are being put in place.

The candidates will sit just over 12 feet apart, as opposed to the original 7 feet that had been planned. Page will be 12 feet away from the candidates, as well.

There will be “a small number of ticketed guests” who will be tested before the debate, but they will be escorted out if they do not wear masks during the event, the commission said — an apparent nod to the Trump family’s refusal to keep their masks on during the first debate.

Plexiglass is installed in front of each candidate’s desk.

Harris’ team had asked for the measure, which was mocked by Pence’s spokeswoman, Katie Miller. “If Sen. Harris wants to use a fortress around herself, have at it,” Miller said Monday.

Ron Klain, a senior adviser to Joe Biden’s campaign, responded the “head of the WH Task Force on COVID (Pence) should be busy getting plexiglass into countless workplaces and shops to keep workers and shoppers safe — not belittling its use.”

On stage, neither the candidates nor Page will wear masks.

High-quality MERV 13 air filters have been installed in the debate hall as part of retrofitting campus buildings during the pandemic, the University of Utah said.

HOW CAN I WATCH?

It can be seen live on all the major TV networks, including ABC, CBS, CNN, C-SPAN, Fox, MSNBC and NBC, and many of the major networks will offer it on their apps. People can also watch via subscription streaming services like Hulu with Live TV, Sling TV and FuboTV and on YouTube.

NBCNews.com will live blog the debate, including fact-checks and analysis.

WHEN’S THE NEXT ONE?

There are two more presidential debates scheduled, and both are this month. Despite concerns about his health, Trump maintains he’ll be at the next debate, which has a town hall-style format and is being held in Florida on Oct. 15. A source familiar with the discussions told NBC News that there’s a possibility the Miami debate may be held outside.

The final debate, which is being moderated by NBC’s Kristen Welker, is scheduled to take place in Nashville, Tennessee, on Oct. 22. It will have the same format as the first, but the commission has said it’s considering changes aimed at making it less chaotic than the Cleveland debate.