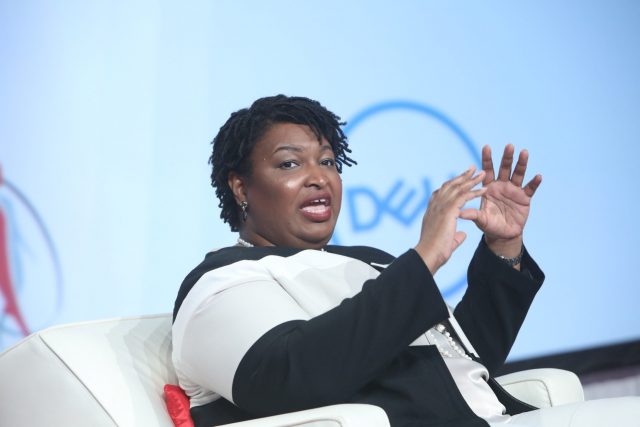 Voting rights advocate Stacey Abrams said Monday that more than 750,000 residents in Georgia have requested a ballot for the state’s two Senate runoffs.

Abrams, the founder of Fair Fight and former Georgia Governor Democratic candidate, made the announcement in a Twitter post and added a link for more voters to request a ballot. Abrams is considered the biggest reason President-elect Joe Biden became the first Democrat to win the state since Bill Clinton. Fair Fight was instrumental in Biden’s election as it got more than 800,000 people in the state registered to vote.

The two Georgia Senate runoffs, which will take place Jan. 5, are expected to bring in hundreds of millions of dollars in funding as control of the government is at stake. Republicans Kelly Loeffler, who sold stock after a coronavirus briefing and expressed an anti-BLM stance this summer, will go against Reverend Raphael Warnock in one runoff. In the second runoff, David Perdue, who already said he won’t participate in a debate before the January 5 runoff, will take on former investigative reporter Jon Ossoff.

Election officials in Georgia told Fox News as of Monday morning there have been 762,000 requests for these ballots, three times the number requested for the 2018 election. Election officials also said they will extend the use of the 24/7 monitored drop boxes for use through the runoffs.

In the special election for Loeffler’s seat, Warnock finished first with 33% of the vote. Loeffler finished in second with 26% of the vote, to qualify for the runoff. Perdue won the other race, receiving 49.7% of the vote while Ossoff received about 48% of the vote.

Biden won Georgia by .26%, but the percentage represents more than 12,000 votes.