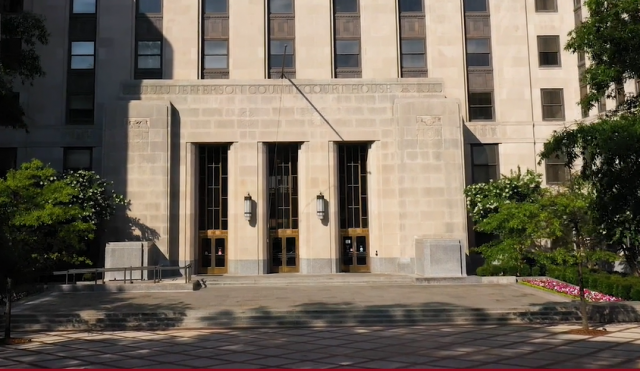 After nearly four decades under federal supervision for discriminatory hiring practices, Jefferson County today was released from one of the longest serving consent decrees in the country.

In a nine-page order, U.S. District Judge Lynwood Smith terminated a 38-year-old consent decree writing that the county has “demonstrated its ability and commitment to function in compliance with federal law, absent judicial supervision.”

The consent decree, which stemmed from a 1975-era lawsuit that claimed Jefferson County was discriminatory in hiring practices of Blacks and women, was entered on Dec. 29, 1982 and has involved tens of millions in legal fees, five years with a court appointed receivership and two years with a monitor.

“We promise this is the beginning of a new day in Jefferson County,” said Commission President Jimmie Stephens on Monday from the downtown courthouse, “. . . our hiring practices are progressive, they are [not based on color or gender] and they represent the population of the [citizens of Jefferson County] we serve.”

“We are finally exiting the federal consent decree,” she said. “In 2013, the county was found in contempt and since then the county has worked hard over the last few years to live up to the original intent of the consent decree.”

Commissioner Joe Knight called the day “a milestone” and said, “It’s been a long road and it seems like we went a long way around about doing what’s right, but we now have that practice in place” for non-discriminatory hiring.

Alabama’s most populous county now has one of the most diverse and inclusive leadership teams in place because of procedures currently in place, said County Manager and CEO Tony Petelos.

“Over the last several years we have made changes in the way we hire people and now we are very excited in the direction of Jefferson County,” Petelos said.

Theo Lawson, the first African American attorney to lead the county government, said the termination order confirms the county has begun a path that is “inclusive, that is compliant with federal law and continues to strive to make Jefferson Country an employer of choice among government employees.”

“We have not just attempted to demonstrate we are compliant with the federal consent decree, but we have gone far beyond and exceeded those requirements as it relates to fairness and diversity,” he said. “The processes we have in place work, and they continue to foster both excellence and diversity at the same time.”

The case actually began in January, 1974 when the Ensley Branch of the National Association for the Advancement of Colored People (NAACP) sued the City of Birmingham and the Personnel Board of Jefferson County alleging those defendants had engaged in discriminatory practices against Blacks. The consent decree came eight years after the lawsuit.