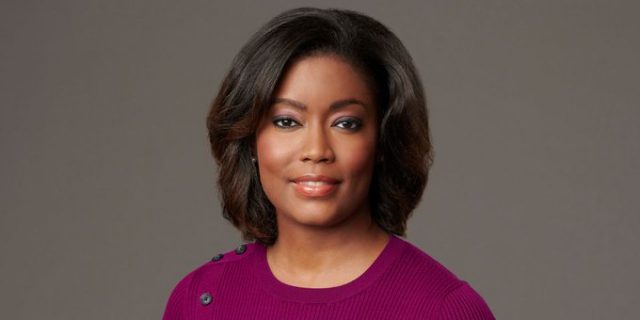 Jones, who will take over at MSNBC on Feb. 1, is a senior vice president at NBC News and MSNBC, where she leads breaking news and major events coverage. She also oversees MSNBC’s daytime and weekend programming. She will become the most prominent Black woman in the cable news industry.

“Rashida knows and understands MSNBC, in part because it’s where she started when she first joined NBCU seven years ago,” Conde wrote in an email to NBC News employees. “She knows that it is the people who work here that make it great, and she understands its culture. She also appreciates the impact and potential of the brand.”

Conde noted that in the past year Jones has helped guide MSNBC’s coverage of the Covid-19 pandemic, the unrest and social justice protests that broke out over the treatment of Black Americans and the 2020 election. She also helped with two influential series at the network, “Justice for All” and “Climate in Crisis.”

Jones was part of the team that helped NBC News White House correspondent Kristen Welker prepare for her role as moderator in the final presidential debate of 2020.

Griffin started with NBC News 35 years ago as a producer on the “TODAY” show.

“At MSNBC, Phil has built something remarkable,” Conde wrote. “He leaves the network in the best shape it has ever been.”

The announcement follows a wave of other changes within NBCUniversal. In May, Conde took over as chairman of NBCUniversal News Group, which includes NBC News, MSNBC and CNBC, as part of a restructuring that occurred after Andrew Lack announced that he would be stepping down as president of NBC News Group. In January, Jeff Shell took over as CEO of NBCUniversal.

Jones’ promotion, the first major executive appointment by Conde, comes after he announced a goal this year for the staff of NBC News to be made up of 50 percent women and 50 percent people of color. He didn’t put a deadline on the initiative.

Jones takes over at an uncertain time for cable news. MSNBC’s ratings grew during President Donald Trump’s tenure and in the run-up to the presidential election. But it’s unclear how the network will fare during a Joe Biden presidency, as cable viewership overall continues to decline.

Griffin, who was named president of MSNBC in 2008, oversaw the network during the Obama and Trump administrations. In an email to the staff of NBC News and MSNBC, Griffin thanked his colleagues and reflected on his tenure at the company.

“Shortly after this election, I told Cesar and Jeff Shell that the time felt right to hang up my cleats,” Griffin wrote. “They were both so gracious and supportive.”

“We’ve been blessed with spectacular talent at every level,” Griffin added. “I admire the commitment, the camaraderie, the scrappiness, the pure love everyone has for this place. MSNBC is about humanity. The creativity, the compassion, the fact you all care so much. And that is what I will miss the most.”