The American Heart Association (AHA) is partnering with Historically Black Colleges and Universities (HBCUs) to help students toward professional degrees in the biomedical and health sciences. The goal is to increase the number of Black students who apply and are accepted into graduate programs, where only 7 percent of medical students are Black.

On January 29 at 11 a.m. four HBCU Scholars (two from Miles College, two from Lawson State Community College) will be talking about their research around heart disease and stroke during a virtual panel hosted by the American Heart Association. Watch the panel online with Zoom link https://heart.zoom.us/s/85668682625?pwd=ZE1BeGJOVnhMdkp1aVdvQTFoQ2VZUT09, passcode 052814.

James K. Kirklin, MD, is the principal advisor for all of the HBCU Scholars and has been with the program since it first started in Birmingham in the fall of 2017.

Medical students spent an entire year on their projects to gain experience. Here, each spoke about their research and some of what they plan to share during the panel. 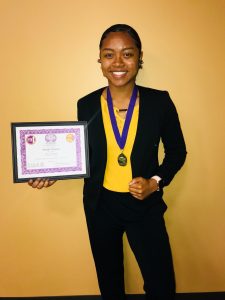 Mentor/Adviser: Devin Koehl, Master of Science, Database Analyst II in the Department of Surgery at the James and John Kirklin Institute for Research in Surgical Outcomes (KIRSO) at the University of Alabama at Birmingham (UAB) School of Medicine

Bryant, from Tallahassee, Florida, is currently working on data analysis in patients with heart disease.

Bryant began working with the AHA through the HBCU to find opportunities to learn more about her field. “I was just ending an internship with the University of Alabama at Birmingham in genomic medicine,” she said. “I had no idea I’d be working with statistics, but I was trying to get internships that dealt with any type of medical background.”

A biology pre-medicine student, Bryant said her goal is to work in nursing. “My senior year of high school [Leon High School in Tallahassee, Florida], I was one of a select few seniors who got to do internships around the city of Tallahassee. I tried to get into a hospital, but I couldn’t, so I had to intern with first graders… I did not want to do it at first, I was so disinterested,” she said. “But then I realized I love working with kids, which led to my career goals of pediatric nursing.”

Bryant said she can graduate from Miles College this semester and plans to attend UAB’s school of nursing because of its accelerated master’s program.

Being a Black woman in a Science, Technology, Engineering and Math (STEM) field, Bryant said she’s gaining confidence as she works through her biology degree from Miles College. Getting feedback from mentors “telling me my project is great or that PowerPoint was really well put together,” has helped, Bryant said. “It gives me confidence that I do have what it takes to be a minority in a field where there are not many minorities.”

She offered words of encouragement to her young peers in the medical field. “Try your best not to doubt yourself. You may think you’re not good enough to be where others are, but you definitely are,” she said. “Take advantage of every opportunity you get.”

Oliver, a Birmingham native, is preparing to attend UAB. “I’m currently studying kidney secretion and how COVID relates to chronic and acute kidney disease,” he said.

Though Oliver is currently working with kidneys, his dream career is in biomedical engineering. “In high school [Gardendale High School] I went to a basketball game, and I remember seeing this man holding his baby. He only had one arm,” he said. “When I saw that I was wondering if there was a way I could ‘fix’ that. I plan on going all the way to a doctorate.”

He enjoys being in the STEM field. “I love how the [HBCU] program reaches out to minorities. If I had to change anything, I’d increase exposure, getting the word out there. Many people can’t really afford school,” so he’d hope there were more resources for underprivileged students.”

Oliver considers himself a role model. “I want to make a name for myself, and I look at [being a minority] as an opportunity to be somebody,” he said.

He encouraged students who might have doubts to consider community college. “There are some good teachers at Lawson who don’t try to overload you, and you also get one-on-one time you might not get with a professor at a bigger university,” he said. 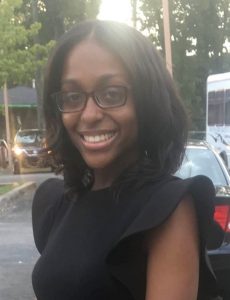 Research: The impact of being overweight and obese on the use of left ventricular assist devices (a machine that helps pump blood) on heart transplant candidates.

A Birmingham native, Howard currently majors in biology and plans to attend UAB this fall to major in radiology. “When I was younger, I would play with my cousins and siblings. We would dress up and play doctor, and I was always the doctor. Plus I like helping people,” she said.

Howard has big dreams for the future. “I’m going to medical school eventually, I want to go to Johns Hopkins [University],” she said.

Currently, her research is on mortality rate for people with a ventricular assist device (VAT), compared to people who don’t have a VAT. “That’s inserted into the heart of advanced heart failure patients to help pump blood through the body. We’re also comparing body mass index [a scale for body fat],” she said.

Additionally, her research has helped her see more minorities in higher up positions, she said. “It’s very inspiring. I’ve seen them and I’ve talked to them, and it makes me more motivated to be a part of that.”

Howard would like to see more minorities in the STEM field, especially in medical. “We should target minority communities to give back, because we’re coming from where they’re from,” she said. “So I feel like we would know exactly what they need and how to help them.”

She was introduced to the HBCU Scholars Program through her STEM instructor at Lawson State. “Initially, I didn’t even want to join the STEM program,” she said. “I was discouraged because I didn’t see a lot of people like me. But something told me to just go to the interview, and everything has been amazing ever since.” 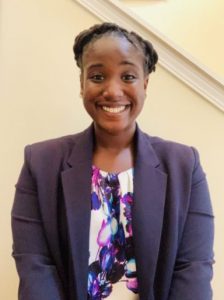 Mentor: Ryan Cantor, PhD, Lead Statistician in the Department of Surgery at KIRSO at UAB.

Morgan is a Fultondale, Alabama native has a major in biology and a minor in chemistry. “My strong suit has always been in science. I just love the way the world revolves around science and chemistry,” she said. “I’ve also had some fantastic science teachers as I’ve grown up, and they paved the way for me to be interested in the subject.” She’s currently looking at grad school programs that include UAB, the University of South Alabama and the University of Texas Health Science Center in San Antonio.

Morgan has been inspired by Jacqueline Stewart, a Birmingham pediatrician who has served the community for over 40 years. “She was my pediatrician as a kid. I went to her a lot because I broke a lot of bones growing up, I always played rough,” she laughed. “[Stewart] always made it such a fun and comfortable experience.

Morgan, on track to becoming a pediatric nurse practitioner, said she takes pride being a minority in a STEM field. “I truly believe that everything I do as a Black woman in America is extremely valuable because we are really underrepresented,” she said. “Going to Miles and seeing my peers strive for higher education, it really warms my heart because we’re trying to be those voices for our community.”

Morgan said she’s heard terrible stories “about Black women being failed by their doctors, the pain they experience or just not getting the same treatment [as non-Black counterparts] and I would just love to be a voice and an anchor for the African American community.”

Dr. James Kirklin, the driving force behind the success of the HBCU Scholars program in Birmingham, is a professor in the Division of Cardiothoracic Surgery, the Endowed Chair of Cardiovascular Surgery and the director of the James and John Kirklin Institute for Research in Surgical Outcomes (KIRSO) at the University of Alabama at Birmingham School of Medicine.